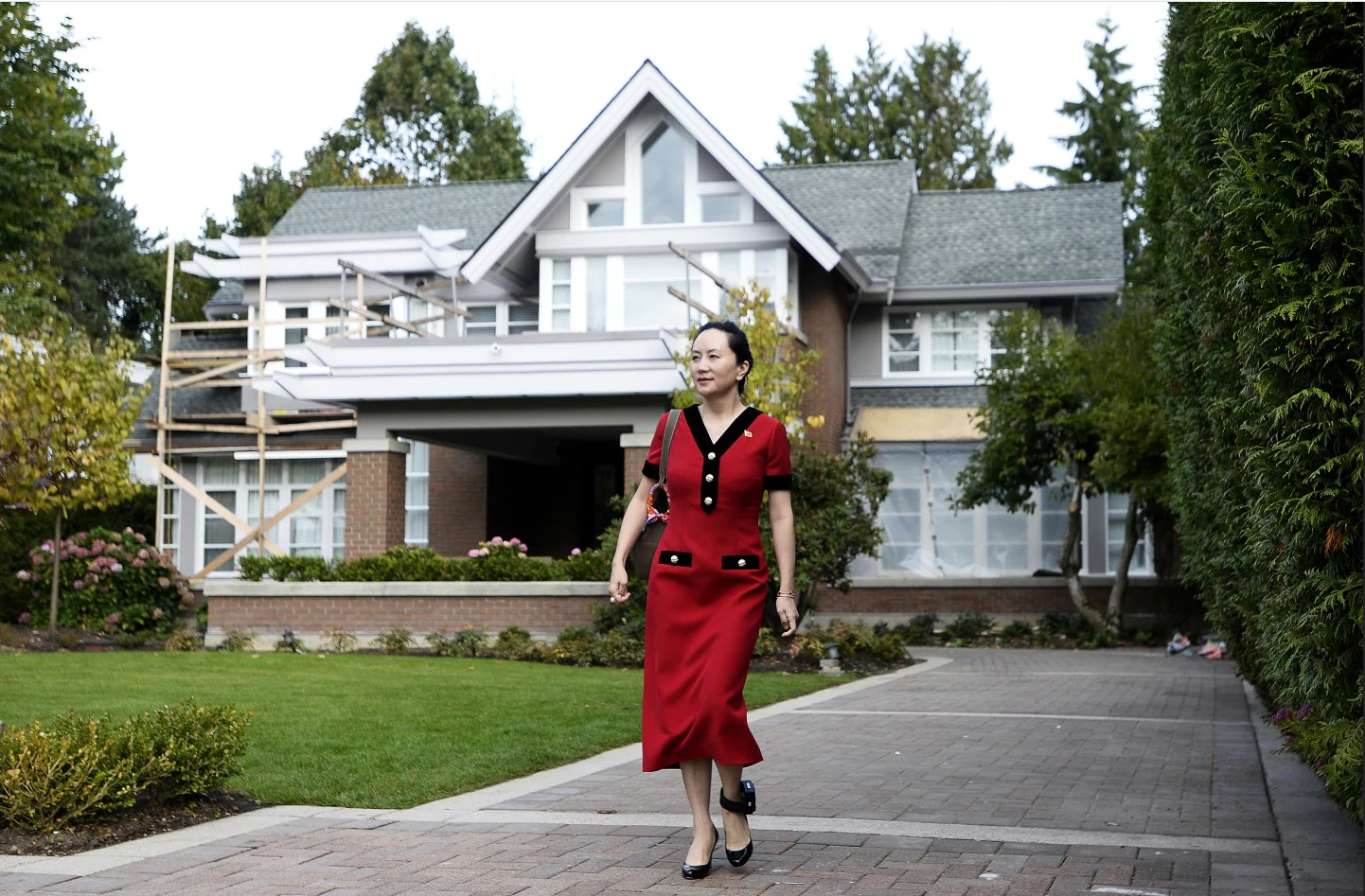 It’s been more than a year since Huawei “princess” Meng Wanzhou stepped off a Cathay Pacific flight in Vancouver and into the waiting arms of the Royal Canadian Mounted Police, detailed to arrest her on behalf of the United States.

In the 13 months since, China has punished Canada for Meng’s detention, holding two Canadians on vague national security charges, resentencing a third to death and imposing restrictions on agricultural imports.

Canadian officials up to and including Prime Minister Justin Trudeau have prevailed on the U.S. government for help, so far without results. China and the United States, meanwhile, have moved forward on a trade deal, signing “phase one” of their agreement last week.

On Monday, the battle begins over Meng’s extradition to the United States on fraud charges — a hearing that will be closely watched in Beijing, Ottawa and Washington.

The U.S. Justice Department alleges that Meng, Huawei’s chief financial officer and the daughter of company founder Ren Zhengfei, misled banks about the company’s relationship with its subsidiary Skycom, effectively tricking them into violating U.S. sanctions against Iran. Meng has denied wrongdoing.

Trudeau, who entered office in 2015 hoping to deepen economic ties with China, faces growing calls to adopt a tougher approach against an increasingly assertive Beijing.

As a middle power, Canada has struggled to go toe-to-toe with China, its second-largest trading partner, particularly as its closest ally, the United States, is focused on trade and distracted by other crises at home and abroad.

“We are still caught in a very tough position,” said Lynette Ong, a political scientist at the University of Toronto. “And it’s very hard to see a way out in the very near future.”

Relations between Canada and China have rarely been more strained.

When Canada arrested Meng at the behest of the United States in December 2018, China threatened “grave consequences.” Nine days later, Chinese authorities arrested former Canadian diplomat Michael Kovrig and businessman Michael Spavor, charging them with stealing state secrets. A third Canadian, who had been sentenced to 15 years in a Chinese prison for drug smuggling, was retried and sentenced to death, and China imposed restrictions on Canadian imports including canola seed.

Meng has been out on bail — a monitor adorns her ankle — at the slightly larger of her two large homes in Vancouver, where she wrote in a public letter last month that she has been reading and “carefully” completing oil paintings. Kovrig and Spavor, whose cases have been passed on to prosecutors, have yet to see a lawyer, their families or the sun.

China has cast Meng’s arrest as a U.S. plot designed to stunt the country’s rise. President Trump has said more than once that he might be willing to release Meng in exchange for concessions on trade — statements Meng’s lawyers have cited to argue that the case against her is political.

Canada has said repeatedly that Meng’s case is a routine law enforcement matter that will be settled by the courts without political influence. Officials have called securing the release of the two Michaels an “absolute priority” and have rallied allies, including the United States, to press China on their arrests.

Last month, though, Trudeau told the French-language TVA network that he had asked the United States to hold off on signing a “final and complete” trade agreement with China “that does not settle the questions of Meng Wanzhou and the two Canadians.” China said that approach was “doomed to fail.”

David Mulroney, who served as Canada’s ambassador to China from 2009 to 2012 under the Conservative government of Stephen Harper, said Canada “doesn’t have a lot of levers” in its conflict with China. He called Trudeau’s statement “tremendously confusing” and “unhelpful” because he “seemed to be reintroducing the possibility that this was a political decision that could be waved away by the president.”

A spokeswoman for Trudeau declined to provide clarification on his remarks. The White House referred questions to the Office of the U.S. Trade Representative and the National Security Council. Neither responded to requests for comment.

Canada arrested Huawei’s Meng for the United States. As China retaliates, Canada is on its own.

Huawei, the world’s largest manufacturer of telecommunications equipment, has a growing presence in Canada. The country has been conducting a security review of the company and is considering whether to ban it from building its 5G networks.

“No country in its right mind would agree to put in place the technology of a country that is threatening it at the heart of its telecommunications infrastructure,” Mulroney said. “The fact that we’re still discussing Huawei suggests to me the extent to which we’re afraid to speak honestly to China and about China.”

In the face of one of Canada’s thorniest-ever diplomatic challenges, the patience of some is wearing thin.

Parliament approved a motion brought forward by the opposition Conservatives last month to create a committee to examine Canada’s relationship with China. Two senators have called on Trudeau to levy sanctions on Chinese officials directly implicated in the persecution of minority Muslims in western China and over Beijing’s handling of the protests in Hong Kong.

Margaret McCuaig-Johnston, a former civil servant, warned that both suggestions would set a dangerous precedent.

“We don’t want a situation where China gets the message that putting pressure on Canada by kidnapping its citizens actually works,” said McCuaig-Johnston, now a senior fellow at the University of Alberta’s China Institute.

The hearing on Monday will consider the issue of “double criminality” — whether the crimes of which Meng is accused in the United States are also crimes in Canada.

If the judge finds they aren’t, Meng will be freed. If the judge rules they are, the hearing will advance to a second stage in June, focusing on whether her extradition is politically motivated and on alleged breaches of Meng’s rights.

A third stage in November will consider whether there’s enough evidence for extradition. Canadian judges approve close to 90 percent of extradition requests from the United States, government data shows.

If the court decides that Meng should be “committed” for extradition, the decision on whether to transfer her to the United States will fall to David Lametti, Canada’s justice minister.

Both sides can appeal, so the process could take years.

In the meantime, not everyone believes that taking tougher measures against China will work.

Ong said the Trudeau government’s messaging on China has at times been confusing. But she said its “hands are tied.” The country is bound by its extradition treaty with the United States, and it’s unlikely that pushing China would lead to the release of the two Canadians.

“If [Trudeau] had been tough on the Chinese as many Canadians have demanded,” Ong said, “it’s hard to see that we would have seen a better outcome.”

Daniel Trefler, an economist at the University of Toronto, said Canada has little power to influence China unilaterally.

“It seems that some Canadians think we’re living in the George Lucas world in which the empire can strike back, and that simply isn’t the case,” Trefler said. “There’s nothing we can do that will catch China’s attention.”

No movement on DSC ban