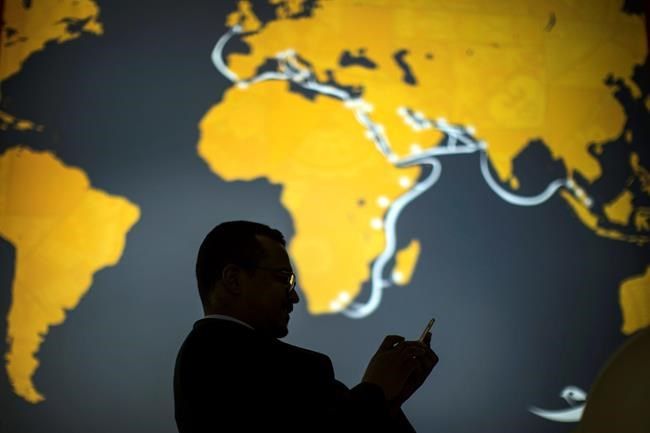 Europeans and Americans have their Visa and Mastercards. For everyone else, here comes … Libra?

Facebook’s new Libra digital currency is aimed at a huge potential market for financial services — the entire developing world, with billions of people in areas such as India and Sub-Saharan Africa, where financial services are often less sophisticated and many people don’t use traditional banking accounts.

Whether or not these billions will want to make the switch is anyone’s guess.

The U.S., Europe and most developed economies already have large, efficient payment systems. These allow people to buy and sell goods in real time and send money person-to-person through services like Zelle, PayPal and Venmo. That’s why the companies that joined Facebook’s Libra association, as well as nonprofits involved with similar projects, say Libra’s potential lies elsewhere.

In developing countries, many tens of millions still live far from a bank or money transfer centre , or currently use a currency prone to inflation or volatility. Libra could address this issue by providing a universal, stable currency that is easily transferrable between persons or businesses without involving setting up an entire payment infrastructure. It also potentially could work at a lower cost.

In the last decade, citizens of developing countries have widely adopted cellphones as a way to store money, sending text message-based payments either to businesses or persons. It’s been a broadly heralded development among policymakers and nonprofits focused on poverty because bank accounts are hard to come by or are too expensive.

But these payment systems are often constrained by the type of cellphone carrier each person is using. It’s not uncommon in places like Africa to carry multiple cellphones in order to have the necessary access to the right money transfer system.

Libra could solve this problem by creating a universal currency that can be transferred across multiple cellphone networks and across borders. There’s also the issue of cost, which is cited by the World Bank as being the biggest issue with financial systems outside of developed markets. Facebook says Libra would have a near-zero cost attached to it.

The Colombian border city of Cucuta, is one of the places where Libra could make a difference.

Every day, thousands of needy Venezuelans cross into this sweltering town to buy food and medicines that are scarce at home. For many the first stop is Western Union, where they line up for hours to pick up cash sent by relatives living in abroad. The demand for cash remittances is so big in fact that migrants sometimes line up outside Western Unions the night before the branches open, sleeping on the sidewalk to keep their place in the queue.

Digital currencies could make it easier to transfer funds to these migrants with no bank accounts, and save them hours of their time. Using them is also safer, says Typson Sanchez, a local software developer, because it prevents robberies.

But despites its obvious benefits, merchants in Cucuta have been slow to adopt digital currencies, and only a handful currently accept it.

“Merchants worry about the volatility” of currencies like bitcoin, says Sanchez, a software developer and co-founder of Panda Exchange, a digital payments start up. Other merchants find existing digital wallets difficult to use, and worry about its legality.

Sanchez hopes that Facebook’s Libra could help to overcome some of those obstacles. “They already have a very powerful platform with lots of users” Sanchez says. “They will be able to reach everyday people who are not into technology. And that’s something that many companies haven’t been able to do yet.”

Vodaphone, the Europe-based cell carrier, has a large presence in Africa and other developing countries and operates its own mobile wallet system known as M-Pesa. Already a dominant carrier in Africa, Vodaphone sees the potential in Libra to enable customers to send money across borders at a much lower cost.

There’s a lot of room for improvement. The average fee on a cross-border remittance is around 7%, according to the World Bank, with places in Sub-Saharan Africa charging as much as 10% to send a money transfer.