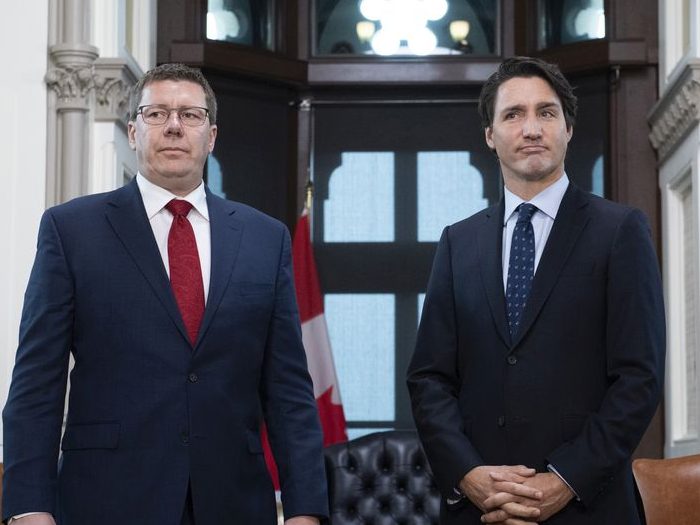 At least they found it.

Access to Information documents reveals federal staff found a misquoted line from a study used in a confidential Department of Finance carbon tax “fact sheet” suspected to be used to counter Prairie criticism of the controversial tax, Blacklock’s Reporter reports.

The Department of Finance cited a study published in the Canadian Journal Of Agricultural Economics looking at the implementation of the carbon tax in British Columbia that “found no evidence that the carbon tax is associated with any meaningful effect on agricultural trade.”

However, emails reveal Department of Agriculture staff claim: “The fact sheet says the paper found ‘no evidence’ when in fact the paper claims it found ‘little evidence’. That’s an important distinction, and I think misquoting the paper undermines the argument.”

When a Department of Agriculture manager found out about the mistake they sent a message to colleagues that read, “I hadn’t checked that but you’re right. That’s a doozy!”

The confidential December 2018 Department of Finance fact sheet was entitled “Saskatchewan Carbon Pollution Pricing and Agriculture” and provided estimates on the cost of the carbon tax for Saskatchewan farmers.

For instance, the document suggested if Saskatchewan farmers were to haul grain in a diesel truck, the carbon tax would cost them $5.78 per hundred kilometres. Fertilizer would also increase in price by 2%.

Those figures, however, were “not confirmed.”

A separate January 2019 email claimed farmers would experience higher prices because of the carbon tax stemming from the increased costs of road and rail transportation, fuel, and inputs such as fertilizer and machinery – contrary to the Department of Finance fact sheet.

Meanwhile, Saskatchewan Premier Scott Moe has staunchly opposed the tax, challenging it in the Supreme Court of Canada.

“We see some exorbitant carbon tax bills coming in on propane and natural gas,” Moe said according to Blacklock’s Reporter.

“There are some farmers that have very large carbon tax bills,” he added.

On election night Prime Minister Justin Trudeau claimed he had heard the frustrations of Western Canada and would work to support them.

But Moe said Tuesday after a private meeting with Trudeau in Ottawa: “I did not hear that there is going to be anything different. I heard more of the same.”