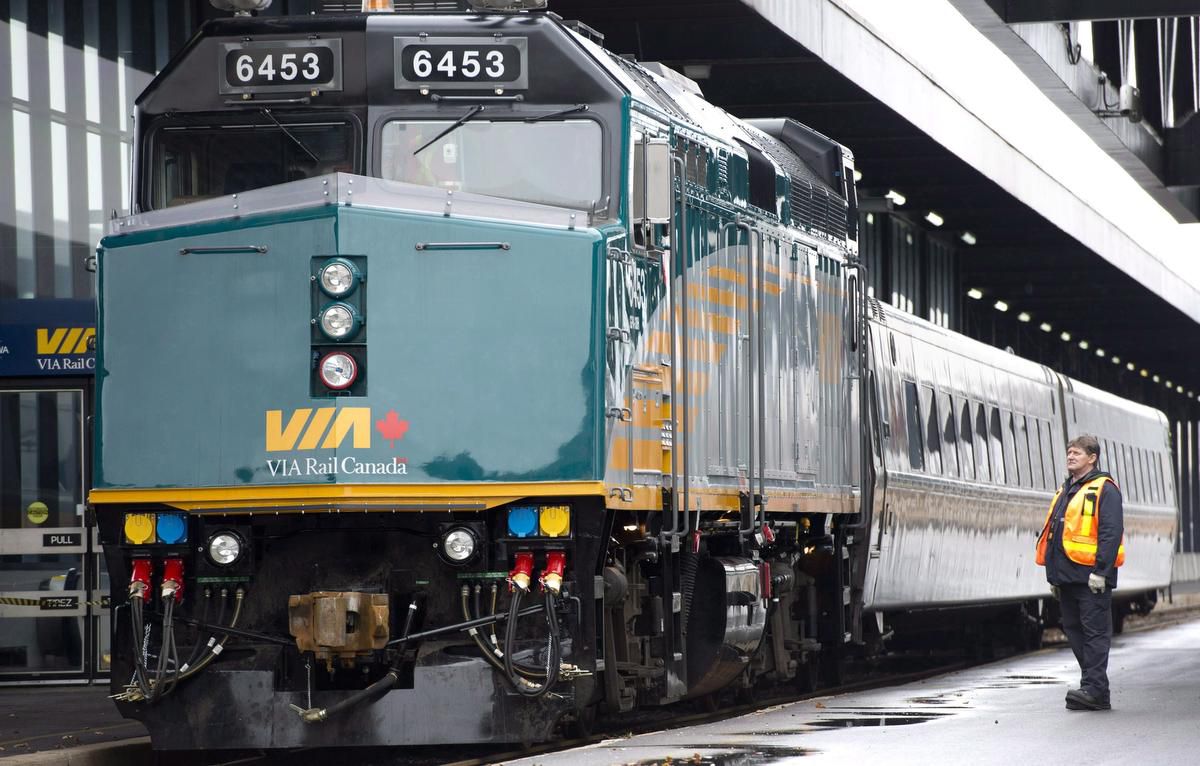 OTTAWA—Federal officials are pushing the Canadian Infrastructure Bank to back Via Rail’s high-frequency rail project, according to documents tabled in the House of Commons.

The response to a written question from New Democrat Robert Aubin details the eight times between October and December 2018 that officials from the Finance Department met with the financing agency to make the business case for Via Rail.

The rail company wants to build a multibillion-dollar new network of dedicated passenger-rail lines in Ontario and Quebec, so its trains would no longer have to yield to freight trains on borrowed tracks.

The document says that a final phone call on Dec. 11, 2018 focused on the timeline for the infrastructure financing agency to finish its review of a project widely seen as one the bank could back, but which Transport Canada has yet to come to a conclusion on.

The Finance Department noted in its written response to Aubin that a range of public-private models are still being assessed “with varying degrees of private sector investment.”

Options include having a private partner help with designing and building new tracks — which could be done in phases or all at once — or expand a deal to include financing, operating and maintenance agreements.

The Liberals created the infrastructure agency in 2017, hoping to use $35 billion in federal funding to pry three to four times that much from the private sector to pay for new infrastructure projects that are in the public interest.

In practice, that means projects need to meet federal policy objectives, along with those of the jurisdiction housing a particular project. Projects must also be attractive to the private sector, meaning they need to bring in money to pay off investors.

“Our role is to conduct analysis of options in order to provide commercially confidential advice,” agency CEO Pierre Lavallee said in a statement about the meetings regarding Via Rail.

Of the meetings in the documents, Lavallee said they were “standard practice,” and often involve bouncing ideas off outside auditors.

Lavallee didn’t answer a question about whether any political staffers or ministers had contacted the agency about the project.

So far, the agency has gotten involved in two projects, first through a $1.28-billion loan to an electric rail project in Montreal, and last month with up to $2 billion in debt to expand GO Transit’s rail network around Toronto.

The agency said in a release last month that its money would “improve the cost of financing and attract private capital” to projects like those.

Transport Canada has been looking over the Via proposal for more than a year, and the Liberals have yet to announce a decision on funding.

The department’s planning report for this fiscal year includes a note to review “revenue and ridership forecasts” as well as the business case — all of which the infrastructure bank looked at late last year — to “provide evidence” on options for government consideration.

Transport Minister Marc Garneau told the Commons earlier this week that the government will make an announcement when it’s made a decision.

With $20B Alberta deficit possible, Kenney warns province won’t be able to ‘insulate everyone’