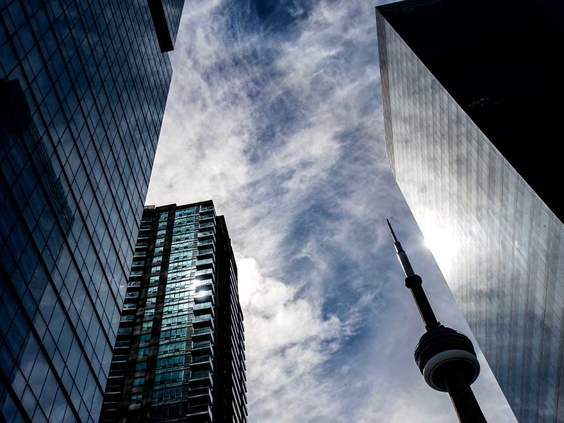 The mix of positive vaccine news and a growing case count in the second wave of COVID-19 are having a see-saw effect on stocks. One day, it looks as if tech’s run atop the market is finished and the next, FAANG stocks are once again surging. With so much uncertainty, some retail investors may look to Canada’s largest institutional investors — many of which recently filed quarterly holding statements to the U.S. Securities and Exchange Commission — for some ideas and guidance. Here are four investments from those filings that caught our eye:

Unity Software Inc.’s shares have already more than doubled only two months after its IPO in September. The momentum surrounding the video game software developer is immense and one continued benefactor appears to be Canada’s largest pension fund.

The Canada Pension Plan Investment Board first invested in Unity in 2019 with a group of U.S.-based investment funds. The terms of CPPIB’s investment were not disclosed, but Unity said in a release at the time that depending on the results of a simultaneous tender offer, it could be bringing in US$675 million. That capital would’ve brought its valuation to US$6 billion at the time. Now, its market capitalization sits well above US$32 billion.

In its third-quarter disclosures, the pension revealed that its investment in Unity was worth US$725 million as of Sept. 30. Since then, Unity’s stock jumped from US$87.88 to above US$121, meaning that CPPIB’s 8,308,081 shares would now be worth more than US$1 billion.

Unity is still a young company, Wedbush analyst Michael Pachter said. In fact, it didn’t even have a business model for monetization until 2013. It currently trades on a revenue multiple, which makes it more difficult to understand its worth in the market, he said.

But its two core pieces are promising — one is providing the software that developers need to create mobile video games, especially those in the augmented reality realm, and the other focuses on advertising within those games. The total market for mobile games outside of China is currently US$60 billion, Pachter said, and US$15 billion of that is spent on advertising. Not only are investors betting on both the gaming market and advertising slice growing, but on Unity increasing its share in both.

“It’s like Netflix Inc. and Tesla Inc,” Pachter said. “You can only own Netflix at $500 if you think everyone is going to cut their cable. The reason some are skeptical about those stocks is because there are well-entrenched competitors for the consumer wallet. For Unity, I’m not so sure there is.”

Like the CPPIB, the Caisse de dépôt et placement du Québec already had a sizeable position in payments company Lightspeed POS Inc. before the Montreal-based company’s IPO on the TSX in 2019. Before that, the CDPQ appeared to invest twice in Lightspeed — an initial investment in 2015 that was co-led by two other firms and raised $80 million and a second tranche of US$136 million two years later.

Because Lightspeed launched on the NYSE last quarter, the value of the CDPQ’s investment in the company was revealed in its third-quarter disclosures. The CDPQ disclosed owning more than 24 million shares of Lightspeed and the position was worth US$775.6 million as of Sept. 30. The stock was trading at US$32.02 then and has since risen above US$45 meaning that if the CDPQ did not sell any of its shares, its position is now worth more than US$1.09 billion.

BMO analyst Thanos Moschopoulos said that although the CDPQ position is substantial, the pension has actually been trimming its stake in Lightspeed over the past several months. The CDPQ sold 1.6 million shares of Lightspeed in September and another 1 million shares in February, according to SEDI, a website that tracks insider share transactions.

Moschopoulos recently raised his target price on Lightspeed’s TSX-listed shares to $62 from $50, citing appealing valuation and a rising growth potential, after the company reported earnings in early November. What separates Lightspeed from the rest of the competition, according to Moschopoulos, is that its stock can straddle the middle between the COVID-19 and the back-to-normal trades.

“Lightspeed is kind of interesting because Lightspeed’s one where they showed strong resilience and strong growth through the pandemic but on the flip side, they will also benefit clearly from the economy reopening and the world getting back to normal because of the fact their primary customer base has significant bricks-and-mortar exposure,” he said. “It’s different from other tech stocks.”

Hedge fund manager Bill Ackman made history in July when he brought the largest Special Purpose Acquisition Company public with a US$4 billion raise. Ackman’s Pershing Square Tontine Holdings Ltd., plans to use the proceeds of the IPO to acquire a minority stake in a company valued in the tens of billions of dollars, although he hasn’t revealed which one as of yet.

Ackman’s SPAC drew the attention of a several big-name institutional investors, including T. Rowe Price Group Inc. and Guggenheim Partners. Among them were three of the largest pension funds in Canada.

Of the three, the Ontario Teachers Pension Plan Board’s US$256 million investment, as well as another US$9 million in warrants, was by far the most significant.

Ackman and the OTPP have a history of working together. In 2012, Ackman’s Pershing Square Capital Management L.P. led a push to have the Canadian Pacific Railway Ltd. change its board and chief executive and gained the support of the OTPP, another of CP Rail’s large institutional investors. Pershing’s proxy fight was successful — it saw all its nominations for the board pushed through and Hunter Harrison replaced Fred Green as CEO.

Elsewhere in Canada, the Public Sector Pension Investment Board pumped US$28 million into Ackman’s SPAC and the Alberta Investment Management Corp. added more than US$11 million.

Alibaba Group Holdings Ltd. has long been one of the top holdings for the biggest Canadian pensions, but last quarter, a host of pensions expanded their horizons beyond the Chinese e-commerce company to make new investments in Chinese electric vehicles, brokerages and education companies.

CPPIB led the way by investing at least US$82.5 million into five Chinese ADRs that it did not own in the last quarter. Its largest new investment in China was a US$36 million venture into data center operator Chindata Group Holdings Ltd. CPPIB also disclosed a new US$15.5 million position on Futu Holdings Ltd., which operates a digital brokerage platform in China. The wealth management company also drew the attention of the OTPP, which started a $13 million position in the firm last quarter.

The CDPQ and British Columbia Investment Management Inc. opened small positions of less than US$1 million on electric vehicle maker Xpeng Inc., while AIMCo started a US$1.9 million investment in Nio Inc. Both stocks have been among the hottest trading in North America as investors are strongly betting on a promising EV market in China and the potential for Tesla Inc. to face stiff competition from national manufacturers.

In the last month alone, Xpeng has more than doubled, while Nio has rallied more than 70 per cent. Both of these stocks are extremely volatile and unproven, however, which might explain why no pension was willing to pump significant funds into them.

It’s the end of CERB: Here’s how to apply for the new pandemic relief benefits