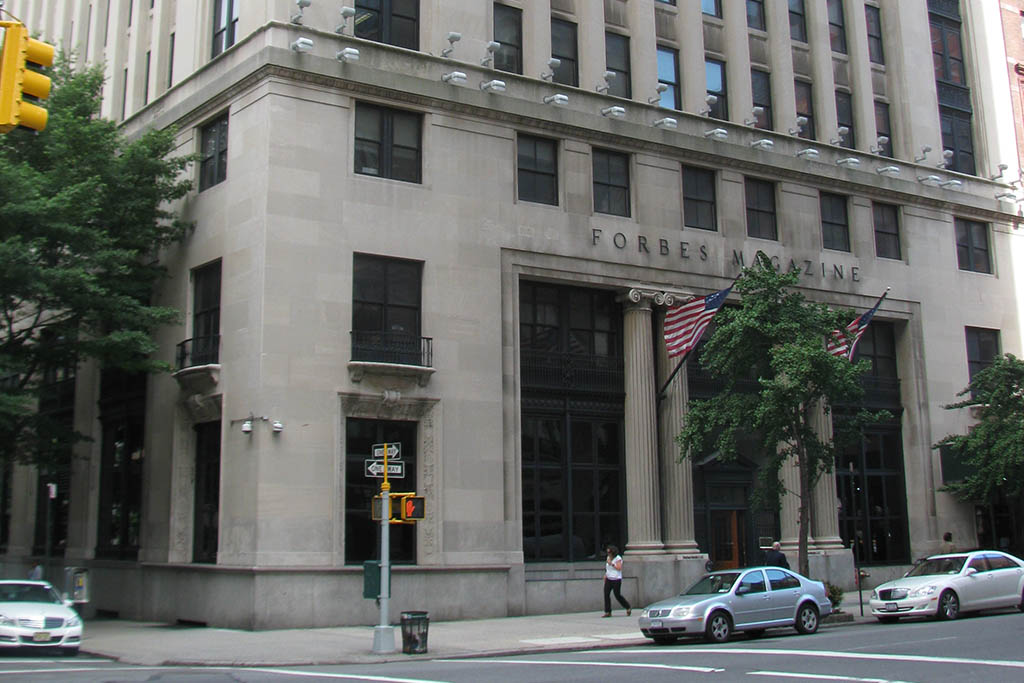 Forbes, a global media company known for prominent financial and business news has released a list of 50 companies with a minimum of $1 billion valuations or revenues that are implementing blockchain technology.

According to International Data Corp, total corporate and government spending on blockchain should hit $2.9 billion in 2019, an increase of 89% over the previous year, and reach $12.4 billion by 2022. When PwC surveyed 600 execs last year, 84% said their companies are involved with blockchain.

Forbes’ team of reporters and editors found more than 100 big companies actively exploring blockchain through industry consortiums and other proprietary projects. Their list features 50—with minimum revenues or valuations of $1 billion, and U.S. operations— that are currently leading the way in adapting decentralized ledgers to their operating needs.

And here you can find everything: from eliminating paperwork, to monitoring hamburger patties and speeding up insurance payments, the anti-establishment software is being welcomed in the executive suite. However, there is one company Forbes doesn’t mention: Binance – the world’s largest cryptocurrency exchange.

In addition to noting major firms that are dabbling or full-on adopting blockchain technology, the list also includes which blockchain protocols are being adopted and by whom. Various Hyperledger protocols, blockchain consortium R3’s Corda protocol and the Ethereum network are prominently featured at a number of firms across various industries.

Forbes notes the potential for blockchain technology to simplify various business process per the example of Depository Trust & Clearing Corp (DTCC), which keeps records of 90 million transactions a day, or most of the world’s $48 trillion dollars in securities.

Hyperledger Fabric is definitely one of the apparent leaders in b2b segment. It is a blockchain framework implementation and one of the Hyperledger projects hosted by The Linux Foundation. Intended as a foundation for developing applications or solutions with a modular architecture, Hyperledger Fabric allows components, such as consensus and membership services, to be plug-and-play.

Hyperledger Fabric leverages container technology to host smart contracts called “chaincode” that comprise the application logic of the system. Hyperledger Fabric was initially contributed by Digital Asset and IBM, as a result of the first hackathon.

“Our growing line-up of members and cross-community and cross-industry groups all point to the value of collaborative development, particularly for enterprise blockchain technologies. As our Walmart and British Columbia case studies demonstrate, blockchain creates common ground for a network of stakeholders, adding value for everyone in the process.

We view our community-based, open source approach in the same light, encouraging cross-industry collaboration at every turn. We welcome our newest members and look forward to their contributions to the community’s efforts.”

The interesting fact is that the blockchain technology and its adoption developed in a completely different way that its creators initially intended it to. It is not necessarily bad, at the dawn of any technology, nobody can predict for sure how it is going to develop.

Most of the initiative aforementioned are centered around corporations and institutions’ back offices. However, it seems that retail adoption of this newfangled technology, especially digital assets themselves, are right around the corner. And this adoption may be sparked from plays from social media giants, first and foremost.

Just recently, Kakao, a South Korean social media and technology heavyweight with a clientele of millions, was reported to be soon exposing its 44 million users to Bitcoin through an integrated “crypto wallet,” and blockchain platform. In a similar strain of news, Facebook is rumored to launch its own “basket coin” (stablecoin-esque model) for its millions of users in the coming months, all while Russian social platform VK is also considering the lunch of its own digital asset.

Big Thank you to all for a sold out PCMA Conference: Cut The Red Tape 2019