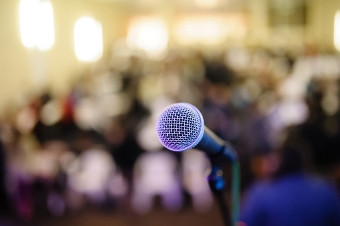 Malloch will present his views on where Canada stands in the global economy in a speech entitled “Common Sense Canadian Capital”.

Malloch spearheads some of today’s most dynamic international projects. He works exclusively with CEOs, business heads and government leaders in conceptualizing global-scale projects. Malloch assists people to have a better understanding of the rapidly changing markets, emerging trading blocs and critical relationships.

Malloch has been instrumental in several developments in the global market scene. In 1992, Malloch served as president of the 1992 World Economic Development Congress sponsored by CNN, where Lady Margaret Thatcher hailed him as a “global sherpa”. He also had a role on the executive board of the World Economic Forum, which hosts the renowned Davos meeting in Switzerland.

Malloch was a vital part of the United Nations, where he served as deputy to the executive secretary for the economic commission for Europe.

His involvement with the global market scene did not stop there as he also headed consulting at Wharton-Chase Econometrics and has worked in capital markets at Salomon Brothers. Malloch worked in senior policy positions in the US Senate Committee on Foreign Relations and in the US State Department.

“Malloch is not just an observer but a key participant in the development of the global financial system.  We are looking forward to hearing his keen insights on Canada’s place in the global economy,” said PCMA chair Doug Bedard.

Aside from his ambassadorial and policy work, Malloch was also known for his best-selling books, including Davos, Aspen, and Yale: My Life Behind the Elite Curtain As a Global Sherpa, The End of Ethics and a Way Back: How To Fix A Fundamentally Broken Global Financial System. He is also the co-author of Common-Sense Business Principles for Profitable Leadership.

The conference, with the theme “Setting the Pace for the Private Capital Markets”, will be held on April 12 at Arcadian Court, 401 Bay Street, 8th Floor, Simpson Tower, in Toronto.

Click this link to know more about the event.

Think energy costs are high? They’re likely headed in one direction — up

A Ban on Non-Compete Clauses?