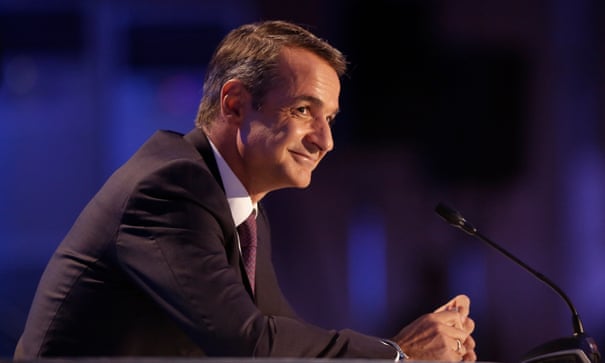 Greece’s prime minister, Kyriakos Mitsotakis, has pledged that after almost a decade of being dependent on international rescue funds, his debt-stricken country will soon prove to be a “pleasant surprise for Europe”.

With investor confidence in Greek bonds better than at any time in the past 10 years, Mitsotakis said the country long at the forefront of the euro crisis had finally turned the corner. “Greece is no longer Europe’s black sheep,” he told the Thessaloniki trade fair, where Greek leaders traditionally outline economic policy.

“It is a country with self-confidence now,” he added in the keynote speech on Saturday.

Addressing Greece’s business elite two months after his centre-right New Democracy party ousted the leftist Syrizaon a platform to revamp the economy, Mitsotakis said implementation of fast-track reforms to modernize the state and cut red tape were a priority if the EU member was to regain political credibility.

Only then could it appeal for leniency in relaxing the stringent fiscal targets the previous administration had agreed to achieve as part of Athens’s third bailout in 2015.

Under the former prime minister Alexis Tsipras Greece committed to meet the ambitious primary budget surplus of 3.5% of GDP – before debt repayments – this year and next.

“With a bold wave of reforms we will win strong credibility and with the right timing and our positive results as a weapon, we will claim more realistic annual primary budget surpluses,” Mitsotakis said, using the occasion to announce an array of corporate and individual tax cuts.

The former banker has already moved fast to reduce a much-loathed property tax known as Enfia by a fifth. Previously he had kept the bar low in terms of promising relief to a population forced to endure draconian austerity in return for rescue funds.

On Sunday, at a press conference following the policy address, he defended the cuts saying the pro-business government would also prioritize foreign investment to produce new wealth and boost unemployment. Chief among them would be the redevelopment of the prime coastal spot that once housed Athens’s abandoned Hellinikon airport, a project that stalled under Syriza but now projected to generate as many as 30,000 jobs and seen as key to turning the economy around.

“He will soon find himself faced with the dead ends and inconsistencies of his policies,” said Tsipras, who oversaw the country’s return to stability after reversing his combative approach and anti-austerity rhetoric and signing up to the tough terms of a third bailout that would keep Greece in the eurozone.

The country took stock of more than €300bn (£271bn) in rescue funds between 2010 and 2015 – the largest bailout of any advanced western economy in financial history. Its fiscal progress is still closely monitored by its EU creditors under an enhanced surveillance program in place since it exited its last bailout in August 2018.

Although business and consumer confidence has never been higher in Greece since its brush with bankruptcy – last week yields on 10-year bonds dropped to 1.59%, their lowest in over a decade – growth is still fragile. But Mitsotakis also announced that Athens would be submitting a request this week to repay a loan to the International Monetary Fund ahead of schedule.

In sharp contrast to other bailed-out EU states, the Greek economy is on course to expand by 2.2% – a leap seen as anaemic in a country whose GDP contracted by more than 25% during the prolonged economic crisis.

Mitsotakis insisted that unlike previous governments his approach would be results-oriented. He said promises made this year would be put to test and judged by the time he addressed the trade fair in Greece’s northern capital again next year.

10 Ways to Make Zoom Meetings Less Exhausting, According to Psychologists