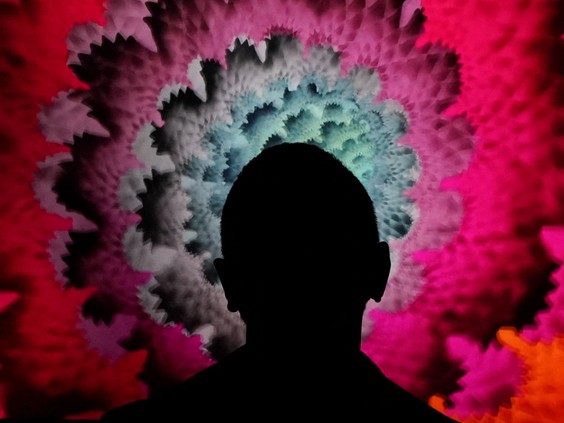 Collecting Toronto Raptors rookie cards wasn’t a top priority growing up in a single-parent family for Jayevan Foster, now a Canadian Football League agent based in Hamilton. But he wants to be ahead of the game with the rise of non-fungible tokens (NFTs), which are being used to sell player video clips as collectibles.

“You have to adapt, because if you don’t you’ll be left behind,” said Foster, who wants to start auctioning his players’ clips as a way to add to their income.

He has reason for optimism. The National Basketball Association and its players are already selling exclusive digital video highlights and the sums being spent are staggering. For example, a highlight of LeBron James dunking on a fast break sold on April 15 for US$387,000 through Heritage Auctions, just one of 11 NBA Top Shot moments — backed by technology from Vancouver-based Dapper Labs Inc. — that sold for a combined total of US$542,340 that day.

NFTs have stormed the market, with the value of 38 NFTs tracked by CoinMarketCap mushrooming more than eightfold to US$22.5 billion during the first quarter of 2021. The combined market cap of the companies behind them are growing at 1,785 per cent, according to Forbes.

But Foster’s take on the long-term viability of NFTs could be ambitious if critics are correct in their belief that the market’s inflationary hype is a passing fad and that a drop in the value of NFTs is inevitable.

Moshe Lander, a senior lecturer in the economics of sports, gaming and gambling at Concordia University in Montreal, said the exclusivity of the tokens is not well established in the current buy-and-sell model and that the marketplace platform needs multiple revisions to scale.

“It’s an in-and-out type strategy,” he said. “I’m having a hard time envisioning this is something sustainable.”

It’s an in-and-out type strategy. I’m having a hard time envisioning this is something sustainableMOSHE LANDER

Lander added that maintaining a mid-tier market is also unsustainable because everyone wants videos of All-Stars and Hall of Famers and there aren’t millions of those around. The rest of the sport’s highlights won’t yield significant profit compared to the ballyhoo being created.

If you haven’t kept a beady eye on the NFT wave, they use blockchain technology, an unhackable system (at the moment) to authenticate a video, audio or visual file and store it as a digital asset. Using this technology, sports fans can buy and sell video clips of their favourite stars licensed by the respective leagues and player associations.

Blockchain-based projects by companies such as Theta Network Inc., Enjin Pte Ltd., Sandbox Inc. and Axie Infinity Inc. have massively surged in popularity globally over the past three months.

But the bloom may already be waning. The average price of NFTs plummeted almost 70 per cent to around US$1,400 in the first week of April from a peak of around US$4,000 in mid-February, according to recent figures published by Nonfungible.com.

The memorabilia market has always been characterized by insane bubbles, Lander said.

Lander has no problem attesting to LeBron James’ skill and marketability, or even his underlying value in the cryptographic tech stack. But he points out that purchasing a video clip of a dunk for a few hundred thousand dollars when everybody’s all frazzled about bitcoin, sports and memorabilia — a blend that is creating a perfect storm of irrational exuberance — doesn’t give the customer any rights to make money by licensing the clip to others.

All the buyer is left with is a digital wallpaper at best.

Make no mistake, Lander isn’t against cryptotechnologies, pointing out that blockchains have tremendous market possibilities beyond enabling the sale of a mere intangible display such as an NFT.

Others are more bullish about NFTs. Gary Vaynerchuk, chairman of VaynerX LLC and an American entrepreneur, has consistently raved about the worthiness of NFTs and digital assets.

Dapper Labs, backed by a few current and former basketball players including Kevin Durant and Michael Jordan, recently raised money at a valuation of US$7.5 billion, according to The Information, just weeks after closing a US$305-million venture-capital round that had given it a US$2.6-billion valuation.

Vancouver-based East Side Games Studio is also all-in on the NFT craze and is set to launch a game creation toolset called NFTKit. The NFTKit development is being guided by Mack Flavelle, the cofounder of Dapper Labs and co-creator of CryptoKitties, a blockchain-based NFT game, and the team that created the IdleKit platform.

Jason Bailey, one of the founders of East Side Games Studio and chief revenue officer of Leaf Mobile Inc., a company offering free-to-play mobile games, said he’s a collectible enthusiast. But as a kid he loved his bike and equally loved putting a Wayne Gretzky hockey card in the spokes as he rode around town.

That card isn’t worth much now if it still exists, but a mint Gretzky rookie hockey card sold for US$1.29 million in December, while a 2003 LeBron James rookie card in April went for US$5.2 million, equalling the record paid for any sports trading card.

“NFTs are the first crypto use case that really makes sense to me,” he said, adding that they create a “true asset” and solve inauthenticity issues.

NFTs are backed by blockchain, essentially the world’s longest receipt, so the ownership information of digital assets is etched in perpetuity.

Of course, it’s not just the sports industry looking to take advantage of this new technology. An American artist, Beeple sold a digital work in the form of an NFT for US$69.3 million at a March 11 auction at Christie’s.

The sale was also unbelievably successful from a publicity standpoint, Bailey said, though such giant sales will likely stay on the “fringes of the market.”

High-volume, low-margin transactions is where Bailey sees the future heading for NFTs. He said it is “very” early days with the product, but the market will eventually settle out some place healthy.

“I personally am not buying $25,000 Lebron James or Kevin Durant moments,” he said. “The speculators are going to come and go and get bored of it.”

In the meantime, CFL agent Foster is getting inspiration from Hamilton Tiger-Cats wide receiver Brandon Banks, who on April 7 became the first CFL player to launch an NFT, auctioning it off for charity. He doesn’t want to “miss the boat,” given the hubbub NFTs have created in sports and believes the crypto-economy can change the sports memorabilia market.

But Lander, the sports economist, is convinced the current model is built on customer vanity and that will soon wear off because NFTs have no intrinsic value.

“When you walk into my mancave, you’d say, ‘Oh, look at all the framed jerseys that are signed or whatever,’ but inherently you own laundry,” he said.

V, W, U or L? Here’s what kind of shape Canada’s economy will be in coming out of COVID-19