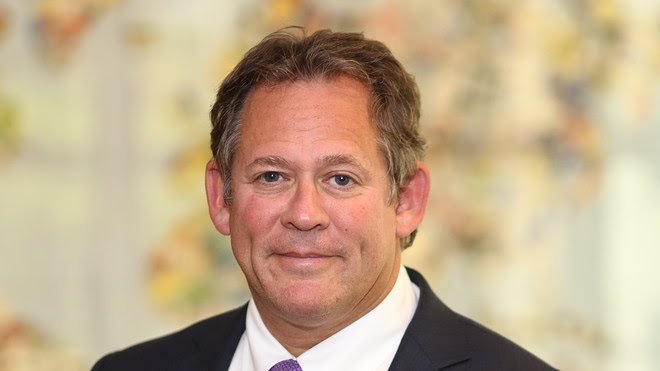 As the public face of BlackRock’s more-than-$2-trillion fixed-income division, Rick Rieder’s enthusiasm around the long-term prospects of highflying tech shares can come as a surprise to those more used to hearing his opinions on the ups and downs of Treasury yields.

Part of Rieder’s increased focus on the stock market and the impressive gains in the technology sector reflects the growing number of hats donned by the BlackRock bond investing chief. Since taking over the firm’s one-stop-shop global asset allocation fund last year, Rieder has played a larger role in how the world’s biggest money manager advises investors to spread their funds across financial markets and around the world.

“I don’t want to get pigeonholed as a fixed-income person. I’ve been doing equities in portfolios for many years but it is a fair assessment that I’m doing a lot more of it now,” he said, in an interview with MarketWatch last week.

Since he took over the management of BlackRock’s Global Allocation Fund MKLOX at the end of last March, it has recorded a 9.9% return as of June 30, even as competing funds lost on average 1.1% over the same stretch.

In Rieder’s view, traditional equity investors overlook the merits of a company’s ability to accumulate cash in favor of how its profits grew. On top of that, they didn’t investigate how money traveled from the business to an investors’ pockets, an exercise more often practiced by bond buyers figuring out who was first in line to a company’s cash.

“Earnings are subject to enormous accounting variation, and at the end of the day, what the coronavirus amplified was this theme of ‘it’s all about your cash flow,’” said Rieder.

For that reason, he said equity investors should buy shares of tech and healthcare businesses that carried “explosive upside convexity,” or the potential to see rapid growth in the cash they produce over time.

Many investors have balked at the eye-popping climb in tech shares, which have driven a 20% gain in the Nasdaq Composite COMP this year while the S&P 500 SPX and Dow DJIA struggle to return to their previous heights.

Despite their tremendous run-up, Rieder says he remains bullish on the long-term prospects of tech companies, especially those that know how to make use of data to improve their operations.

His fascination with data extended to how he uses numbers to methodically track and augment his health and workout routine. On his wrist, Rieder wears both an Apple Watch and a Whoop, which monitors a person’s resting heart rate and sleep patterns. He noted this habit briefly aroused confusion on Twitter among those who mistook the Whoop as a second Apple Watch.

“We’re going through the greatest technology revolution of all time, and it’s all about data and how you assimilate it,” he said.

Yet in the past, the time and cost involved in developing a brand or a complicated logistical and transportation network prevented businesses from changing tack when new opportunities arose.

“Now you can do things in hyperspeed,” he said.

He acknowledged the knack of the U.S. tech giants to squeeze out their competition had worrisome potential to draw backlash from antitrust regulators. But they will have to balance the risk of a crackdown against how it might affect companies that had improved the welfare of consumers.

“There’s an incredible balance that has to be struck between things that are not in the public good, with regard to freezing out other entities that want to compete, and the fact that a lot of these products are actually bringing down a lot of costs for consumers or that consumers love their products,” he said.

If tech allowed investors to capture the incredible returns from the new economy, he said any good asset allocation fund should also figure out the best way to limit losses.

On that front, Rieder said he struggled to understand why many stock investors would play defense through shares of utility companies, an industry where, he argued, it made more sense to buy their bonds. He pointed out a utility company’s annual profits as a share of company’s equity was effectively capped by regulators at around 10%.

“Why would you buy that?” he said, adding that investors shouldn’t “waste their equity dollars on companies that are really stable.”

In other words, Rieder said that when investors think about their portfolios, they should align the qualities of a particular investment with how a company’s earnings and cash flows were projected to change in the future.

“In the broad investment world, a lot of the returns are about picking between bonds and stocks and deciding where you’d rather be,” he said.

Canada stocks higher at close of trade; S&P/TSX Composite up 0.52%