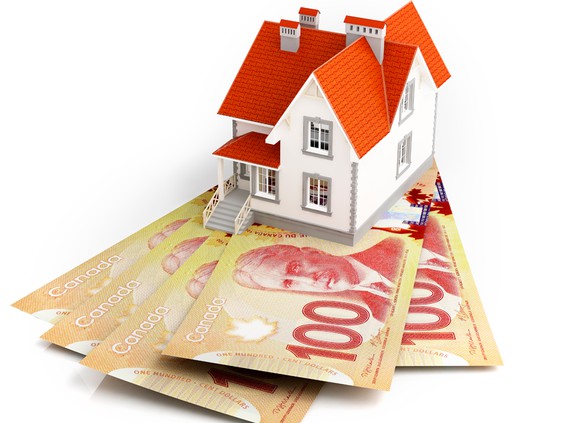 Housing markets in Canada have defied all predictions of doom and gloom since the onset of the pandemic. Those with a bearish housing market outlook keep pushing the timing of an imminent collapse forward, but their dismal forecasts to date have not materialized.

That raises a question of just when will the housing “bubble” pop? Will it be this year, the next or sometime later? A related question is what would bring about such a reversal in the housing market? Would it be a regulatory change or a market reaction to quickly accelerating housing prices? Another possibility is that an economic downturn in the future brings all markets, including housing, down.

Housing markets in Canada are inherently tied to the availability of inexpensive credit, with most homebuyers borrowing funds to make their purchases. The liquidity of mortgage markets and the creditworthiness of existing and future borrowers, among other factors, directly influence the health and robustness of housing markets.

A March 2021 report about mortgage markets by Mortgage Professionals Canada (MPC) explains the scale of such lending. Almost 6.1 million of the 10 million owner-occupied dwellings in Canada are owned with help from a mortgage. Canada Mortgage Housing Corp. (CMHC) estimated the outstanding residential mortgage credit to be $1.7 trillion in the second quarter of 2020.

The MPC report revealed that an overwhelming majority of mortgages (77 per cent) drawn in 2020 were fixed rate. Equally telling was that the average mortgage rate discount in 2020, estimated at 2.7 percentage points below the posted rates, was at its highest in 16 years. Ultra-low mortgage rates have been a dominant determinant behind increasing housing demand over the past 12 months.

First-time homebuyers (FTHB), representing almost 55 per cent of recent buyers, can benefit from mortgage insurance and put down only five per cent as a down payment, but the MPC report showed that they deposited 21 per cent on average since they were motivated to avoid the additional mortgage insurance costs.

Unlike the United States, where subprime mortgages were at the heart of the financial meltdown in 2008, recent Canadian homebuyers are financially strong and stable. No fewer than 62 per cent of recent homebuyers used their savings for a down payment. “Among recent buyers, 10 per cent of down payment dollars came as gifts and four per cent as loans from family members,” the MPC report noted.

The report also found that mortgage arrears in Canada were around 0.22 per cent as of November 2020. This ultra-low incidence of mortgage arrears during a pandemic-induced slowdown suggests that the government’s stimulus programs are working in protecting financially vulnerable households.

The primary driver of mortgage arrears was a reduction in income because of a job loss. The MPC report did not find an increase in mortgage interest rates as a significant determinant of arrears.

Buying a home is an important consideration for most households and any discontent with purchasing decisions would hurt housing markets. Fortunately, most homebuyers in Canada are pleased with their decision. In a survey commissioned by MPC, almost 90 per cent of homeowners were delighted with their purchase. About seven per cent or so expressed remorse and only four per cent reported discontent with homeownership.

A review of recent housing market forecasts reveals that numerous predictions have proven false. Still, it is essential to consider likely future scenarios in housing markets. For example, before COVID-19, housing market activity used to subside in summer after hectic activity during the spring. One might expect housing demand to ease this summer, too, given that there is a finite supply of homebuyers at any given time. Record-low mortgage rates may also have enticed many homebuyers to advance their purchases. Such consumer behaviour is known as “forward buy” in the supply chain literature.

The summer months are likely to see a return to pre-pandemic trends in housing markets. Brokerages are already reporting a decline in showings and real estate professionals have observed the average sale-to-list-price ratio moderating.

Mortgage delinquencies continue to be very low in Canada, and that’s good news. Strict adherence to robust lending standards and smart homebuyers who do not overextend themselves are critical for the health and vibrancy of housing markets in Canada.

Murtaza Haider is a professor at Ryerson University. Stephen Moranis is a real estate industry veteran. They can be reached at the Haider-Moranis Bulletin websitehmbulletin.com.