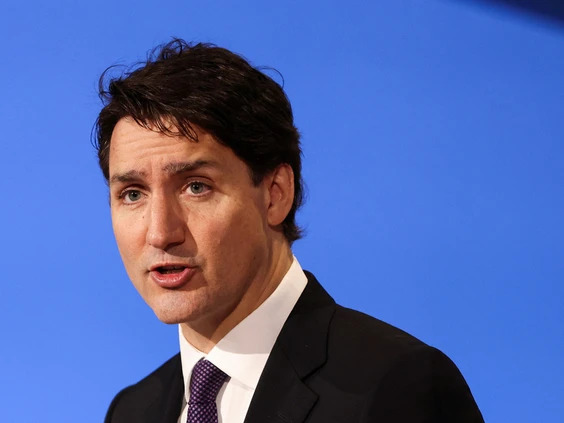 One of Canada’s largest commercial banks fired a broadside at Prime Minister Justin Trudeau’s government, warning that high levels of federal spending are hurting the fight against inflation.

“The output losses that the BoC must engineer to rein in inflation are falling disproportionately on the private sector,” said the report by Scotiabank Chief Economist Jean-Francois Perrault and Rene Lalonde, the bank’s director of forecasting.

“In effect, high levels of fiscal spending will necessitate an unnecessarily large crowding out of private spending,” they said. “Less government consumption would lead to a lower path for the policy rate and take some of the burden of adjustment away from the private sector.”

Scotiabank’s criticism lands on the heels of a speech by Finance Minister Chrystia Freeland last week about the government’s plan to tackle inflation. Her remarks Thursday emphasized the central bank’s primary role in the struggle to bring price gains to heel and her decision not to spend a revenue windfall on new programs in this year’s budget. But she announced no changes to policy.

Consumer price data for May are expected to show annual gains in excess of seven per cent — the highest in nearly 40 years. In her speech last week, Freeland said inflation “is a global phenomenon — one driven by factors that no single country is responsible for.”

Like other governments around the world, Trudeau’s administration spent big when COVID-19 shut down large parts of the economy: Program spending briefly rose to almost 30 per cent of gross domestic product. In the April budget, Freeland’s department forecast expenses that remain elevated near 16 per cent of GDP over the next year, higher than the historical average before the pandemic.

Perrault and Lalonde argue that if the government were to pull back on spending, it would allow the Bank of Canada “to end its tightening cycle with a policy rate of 2.25 per cent.”

With inflation still climbing, Macklem and his officials are expected to follow the Federal Reserve and deliver a 75-basis-point hike to borrowing costs on July 13. That would bring the benchmark overnight rate to 2.25 per cent, up from the emergency low of 0.25 per cent it was holding at until March.

Action in the overnight swaps market suggests traders see Canada’s central bank rate at 3.75 per cent by this time next year.

Elon Musk says Tesla has received 200,000 orders for its Cybertruck despite botched debut