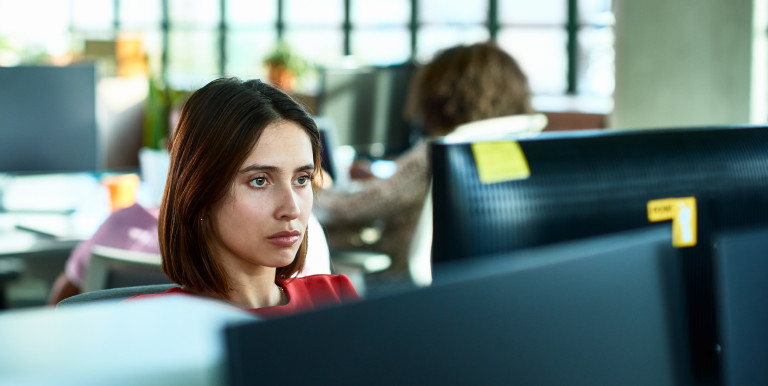 The fastest growing enterprise software category right now is business process automation platforms — last year the market grew over 63%. RPA helps companies automate tedious manual processes, taking them out of the hands of fallible humans and streamlining them so they’re faster, easier to run, and error-free.

While cost savings are generally the primary goal, in the form of potential headcount reductions and other cuts to spending, most companies rapidly discover that there are additional benefits that are sometimes even greater than those cost savings. Automation also reduces errors and risk, frees employees up to do more interesting work, which makes them more engaged, and customer service is improved, with faster responses and better results.

But the number one reason companies should consider automating business processes? “Your competitors are probably already doing it,” says Jeff Grisenthwaite, VP of product at Catalytic. The rapid expansion of the software categories shows that companies are adopting automation at an extremely high pace. It’s rapidly become an essential component to business operations, and equally essential to the long-term survival of any company.

Before you dive in, keep this in mind: Very few business processes can actually be fully automated, end-to-end. Individual tasks within those workflows are often great candidates to automate, but there will always be some tasks that need to be completed by people — usually employees, but sometimes you need to go outside the walls of the organization for input from suppliers, partners, vendors, customers, or others as a part of the process.

What the automation does is orchestrate that entire process, so that the work can move seamlessly between people in the organization, people outside the organization, and the machines that are doing some of those tasks as well.

It also comes down to the fact that while AI and machine learning are a huge leap forward in enabling the automation that’s possible now, it’s unfortunately not yet a silver bullet. It can perform some tasks as well as a human could, and some tasks even much better or faster than a human. But people still have the edge when it comes to qualitative input, commentary, and analysis, among other things — however, it’s the powerful combination of human expertise and automation that makes the magic happen.

It also transforms how employees feel about their work, Grisenthwaite says. The work that gets automated is almost always the least favorite part of people’s jobs — the highly repetitive, mind-numbingly detailed stuff, and often where mistakes can be costly. Once you automate that work, they’re able to free up their time to focus on those things where humans have that distinct advantage, like creative problem-solving, interacting with customers, writing, designing, and strategizing.

“These are areas where not only are people better than machines, but they’re also the things that are more energizing at work,” he explains. “Their productivity is going to increase, and at the same time they’ll be more engaged while they’re doing it.”

Grisenthwaite says that the ROI can be staggering, once a company identifies the places that automation can be implemented. An insurance broker client of Catalytic uses automation to extract over 200 different terms from the unstructured, inconsistent insurance quotes that come into them via email in PDF format. The terms are then structured and lined up in customer-ready proposals that are generated to provide side-by-side comparisons across different insurance carriers. In their first year of using automation, they’re achieving a 400% ROI.

Global manufacturer Bosch is saving roughly half a million dollars a year by automating some of the work that’s involved in managing their thousands-strong network of suppliers. It involves ensuring that suppliers are up-to-date with their certifications, making sure that all the data regarding those suppliers across all their different systems of record is current, and things like analyzing master service agreements with each of those suppliers, making sure that the terms are in line with what’s expected across the supplier network.

Dentsu Aegis Network, a digital media agency, reduced close to 70 percent of the manual effort involved in the financial reconciliation of high-volume ad buys. Prior to automating the process, dozens of creative marketing professionals were spending large portions of every day digging through data and spreadsheets, and doing pretty basic data entry. With that work automated, they can spend their time on increasing the effectiveness of ad campaigns they create for their customers.

The Mayo Clinic: 40,000 hours’ worth of automation

The cost of health care is rising, and along with it, the demand for quality health care. As a leader in the field, Mayo Clinic has seen its practice rate grow at a rate of close to 11% annually over the past three years. At the same time, it is extremely sensitive to the impact that rising costs are having on consumers, says, Kate Palmer, lead for new technologies for HR technology at Mayo Clinic, and keeping internal costs as low as possible is an important way the organization is responding.

Mayo Clinic employs 68,000 people and their human resource department is over 600. In 2017, the organization set out to allow human resources the opportunity to do more meaningful work by automating routine tasks. By incorporating automation and AI into various processes, their objectives were to reduce risk, increase service excellence. And the technology had to be reliable, accessible, and easy to use.

After extensive dialogue with Palmer and her team, Catalytic helped them build out systems that would connect the very siloed processes they already had in place, and go from zero to 4,000 hours’ worth of automated work. She says she safely estimates that they will automate over 40,000 hours in total by the end of 2019. And that’s not just for human resources, that’s human resources as well as managers and employees throughout the organization.

“HR is not just about human resources professionals, it’s about the interaction with the employee base the department serves,” Palmer says. “So that ends up being a win for the larger Mayo Clinic as well.”

The most important thing to remember, Palmer says, is making sure they understand that automation is not a one-sided equation, but a partnership with their internal customers to ensure success by working hand in glove with both the technology and end-users.