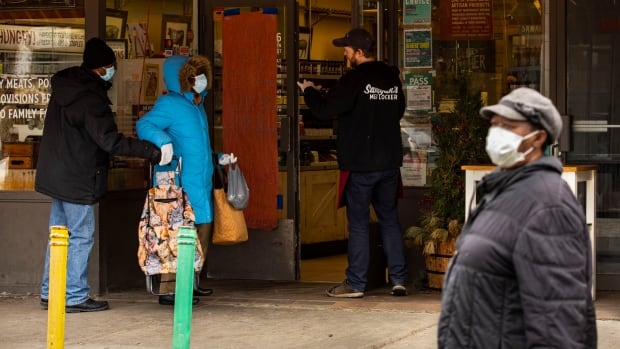 Weeks of strict physical distancing measures amid the COVID-19 pandemic have caused normal life in Canada to grind to a halt — but some provinces are now offering frameworks for how things will inch back toward a semblance of normalcy.

The federal government is leaving each province to figure out what those plans should look like, leading to some stark differences in timing and specificity as they start to roll out across the country.

Prime Minister Justin Trudeau said Monday that every region in Canada is facing a different situation when it comes to the virus.

“The provinces have the authority to determine what is in their best interests,” Trudeau said. “It’s not up to the federal government to check or oversee the provinces in their areas of jurisdiction … they have the responsibility to do what is right for their citizens.”

Ontario was the latest province to offer up such a framework, when officials released a plan Monday to gradually re-open the province’s economy.

But that plan was vague on specifics, offered no firm dates, and gave few details about when that effort will begin — though it did say large-scale public gatherings like concerts and sporting events “will continue to be restricted for the foreseeable future,” even once the plan is well underway.

Case counts in Ontario are still higher than in much of the country, with 424 newly-confirmed COVID-19 cases announced Monday.

“That’s why I won’t set hard dates until we’re ready — because the virus travels at its own speed,” he said.

Officials in Ontario say they plan to gradually reopen all workplaces and public spaces, but with continued physical distancing practices. The plan would roll out in three phases:

Provincial officials would not specify which businesses would fall into each tier.

The province says each of these stages would last for a two-to-four week period to allow for monitoring any resurgence in cases.

After each stage, the medical officer of health would advise whether or not the province should move to the next stage, maintain the status quo, or reapply certain public health measures.

Other provinces have released plans that are more specific than Ontario’s — though it’s important to note that largely, their case counts are dwarfed by the country’s most populous province.

Saskatchewan unveiled a five-stage plan aimed at reopening its economy last week, which is slated to begin on May 4.

It starts with the return of dentists and other medical providers on that day. Clothing stores, hair salons and massage therapists are among the businesses slated to later reopen on May 19.

After that, there is no firm timetable for the return of things like restaurants, gyms and large gatherings of people. That would depend on case numbers and hospitalization levels after the first few measures are relaxed.

The later phases of Saskatchewan’s plan would see the reopening of things like casinos, swimming pools, playgrounds and movie theatres.

New Brunswick came out with its own plan last week, highlighted by the regulation that people can choose one other household to partner with to form a “two-family bubble.”

Outdoor spaces like parks and beaches have reopened, along with golf courses and driving ranges, but not their clubhouses, restaurants or bars.

Within two to four weeks, provided there’s no significant new wave of the virus, up to 10 people will be allowed to gather in New Brunswick, as long as they maintain a physical distance of at least six feet.

If all goes well, “progressively,” people will be able to extend their “bubbles” to include more family and friends and gatherings of up to 50 people will be allowed, provincial officials say.

Mass gatherings are still “to be determined.” There won’t be any concerts or festivals in New Brunswick for at least the rest of the year, and bars and organized sports may not be able to start up again until a vaccine is available, which could take 12 to 18 months.

Across the rest of the country, plans to reopen are a little more up in the air.

All other schools, including high schools, colleges and universities, won’t reopen until late August.

On the west coast, hospitalizations in British Columbia have fallen steadily since the beginning of April, and now parts of the province are looking at reopening select services.

The Vancouver School Board says it is opening in-school instruction for students with “exceptionally high learning needs” that depend on face-to-face interaction with education support workers and specialized life skills programs.

Last week, provincial health officer Dr. Bonnie Henry asked the restaurant industry to come up with innovative ideas to partially reopen in the coming weeks, with physical distancing and no more than 50 patrons at a time.

Officials in PEI have said they hope to lift some restrictions by early May, but key factors there include being able to closely monitor the island’s population to ensure cases are identified quickly through testing, and strict screening at points of entry to prevent importation of cases.

No formal plans have yet been released in Newfoundland and Labrador, Nova Scotia, Alberta, or the Northwest Territories, Nunavut or Yukon.

‘A cool $40 billion’ revenue boost: What economists are saying about the fiscal update

Is China Still the Global Leader on Climate Change?