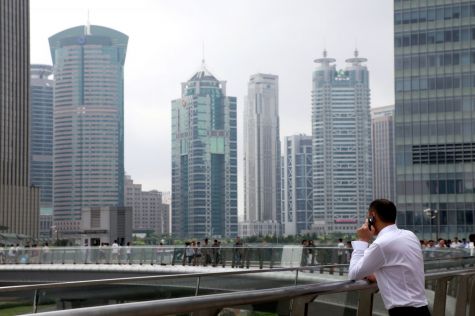 BETWEEN 2015 and 2017, Asia’s capital markets grew faster than the world average. Issuances rose from US$2.5 trillion in 2015 to US$2.7 trillion in 2017. Growth was propelled by more issuances in private markets, lower financing costs, and increased retail participation.

Despite these gains, Asia scores lower than the world average, according to the McKinsey Asian Capital Markets Development Index, which assesses the performance of capital markets (both demand and supply) in the region and in each of 14 major economies. Systemic challenges such as liquidity and underdeveloped market infrastructure have yet to be addressed.

Today, we estimate that if Asia were to match the average rate of issuances around the world, it would add US$1.2 trillion in annual capital supply. That would raise the annual total to US$3.9 trillion, and enable access to capital for more than 4,000 new issuers.

To be sure, there are positive developments. For one thing, capital markets have deepened as more issuers are accessing the Asian capital market. From 2015 to 2017, the numbers rose from 2,300 to 2,728 in the equity capital market (ECM) and from 2,835 to 3,510 in the debt capital market (DCM). More critically, more small- and medium-sized enterprises (SMEs) are also accessing capital-market financing – the count grew from 1,842 to 2,066 in ECM and from 299 to 576 in DCM. The growing engagement of SMEs in capital markets creates prosperity that percolates down to the grassroots of an economy.

More startups are accessing capital markets, too. China alone saw over 4,500 venture-capital deals between 2015 and 2017, according to AVCJ.

Technology has long been a fundamental building block for growth in capital markets. Today, digitalisation and advanced analytics offer tremendous new potential. We examine two of the most promising.

Capital markets would be greatly aided by a comprehensive digital ecosystem for SMEs – a single platform where small companies can raise capital through crowdfunding, obtain banking services (such as foreign exchange and invoice financing), and get help with other business needs (such as deal advisory, bookkeeping, regulatory reporting, auditing, and analytics).

About 170 platforms operate in Asia, such as Crowdera and AngelCrunch, and raised about US$10 billion (primarily in mainland China) in 2017. Investors (especially millennials) are shifting towards alternative investing channels such as crowdfunding. Millennial investors today hold around 52 per cent of their wealth in cash. By 2023, we estimate they might move about US$55 billion of their estimated US$300 billion of cash holdings into such platforms. That could provide funding to over 1.5 million SMEs.

A lack of reliable information deters investment in a company, especially SMEs, which do not regularly publish financial reports.

Digital technologies such as natural language processing and machine learning can help create an SME data repository that records a unique identifier for every SME in a country, as well as its industry classification, financial performance highlights, risk score, and a credit score based on traditional data (such as financial reports, where available) and alternative data (such as social media, creditor reports, supplier payment history, and so on).

It could also capture additional details such as company filings, news reports, and details of buyers and suppliers. In developed markets, private agencies such as Dun & Bradstreet long ago established SME identification numbers and credit reports, on which suppliers, lenders, and contractors have come to rely.

In Asia, such systems are scarce. But some Asian countries already have essential building blocks in place, such as unique identifiers for SMEs; India’s Goods and Services Tax Identification Number is an example. SME tracking and credit systems can be built from these foundations, using the new technologies and data sources, and integrated with global legal-entity-identifier regulations.

Creating such a repository could encourage investments in SMEs. In our estimate, about 7 million micro-enterprises and SMEs might gain access to about US$650 billion by 2023 in emerging economies.

Easier access through an SME passport might lower the cost of financing by up to 100 basis points, saving US$45 billion annually. Every market has its distinct challenges and opportunities, which regulators account for while developing and implementing policies.

Digital and analytics represent one set of enablers that, while undeniably important, need to be positively reinforced by all the classic elements for holistic capital markets development – foundational policies, and market architecture and design, as well as a nationwide change management approach for effective implementation of policy decisions.

What Trump and EU deal means for trade

5 Reasons Why Family Offices Are Focusing On Direct Investments