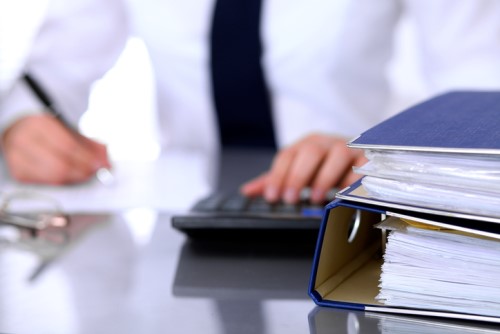 Following fresh calls for the federal government to make counter-moves against tax reforms in the US, the Montreal Economic Institute (MEI) has released a new research paper laying out the costs of taxation to entrepreneurs.

“A tax always has the effect of reducing the consumption of a good or service, and the same holds true for entrepreneurship,” said Mathieu Bédard, economist at the MEI and author of Entrepreneurship and Fiscal Policy – How Taxes Affect Entrepreneurial Activity.

The impact begins with the decision to start a business. The paper notes that the personal accumulation of wealth is crucial to entrepreneurship because “[c]onvincing investors to participate in a project whose importance and potential only the entrepreneur sees can be a very difficult task.” The absence or reduced size of personal savings, therefore, can have a decisive impact on the possibility of starting a business.

“A Canadian study conducted based on data from 1981 concluded that having investment income thanks to a substantial inheritance increases the odds of becoming an entrepreneur,” Bédard wrote in his paper. Analyzing data from OECD and the Global Entrepreneurship Monitor, he suggested that an increase in household savings stimulates countries’ entrepreneurial activity. Since taxation imposes a cost on savings, it creates an immediate barrier to the capital accumulation necessary for business start-ups.

“In Canada, net household savings, as a percentage of disposable income, has fallen over time,” he wrote, referring to data from Statistics Canada. “This evolution is not only the consequence of taxation, but also of the aging of the population and of very low interest rates, among other things.”

Corporate taxation is another hindrance. Citing a 2010 study of 85 countries published in American Economic Journal: Macroeconomics, Bédard said increasing the corporate tax rate by 10% resulted in a reduction of 1.9 businesses per 100 people, and a 1.4% decrease in the business entry rate.

Progressiveness in the corporate tax rate could also impact entrepreneurs’ decision to grow their businesses, he added. He noted how in 2000, when the federal corporate income tax rate was 28%, 15% of companies filing as “small businesses” actively limited their incomes to under $200,000 so they would stay within the much lower 10% small-business tax bracket. But in 2009, after the federal rate got slashed to 15% and the small-business income threshold was raised to $500,000, only 8.5% of companies limited their business growth.

And while some policymakers may be concerned that lowering corporate taxes would reduce government revenue, Bédard noted that it doesn’t necessarily follow. “This was confirmed in Canada in recent history: Revenues from the federal corporate income tax remained relatively stable between 2001 and 2012, while the corporate tax rate was nearly cut in half. Economic activity therefore clearly increased during this period,” he said.

“The tax level always ends up affecting entrepreneurship, whether we’re talking about individual or corporate taxes,” said MEI President and CEO Michel Kelly-Gagnon. “Public policies that favour competition, lower the tax burden, and open up the borders, not to mention a low level of regulation, are effective ways of encouraging our entrepreneurs without raising the burden on taxpayers.”