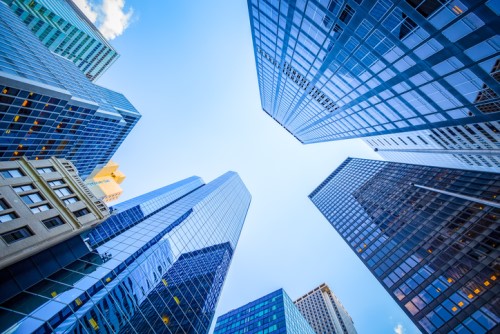 On July 18, 2017, the Honourable Bill Morneau, Minister of Finance, released a paper for consultation, along with draft legislation and explanatory notes intended to “close loopholes and deal with tax planning strategies that involved the use of private corporations.”

One of the key issues addressed was private corporations that hold passive investment portfolios and the perceived advantage to taxpayers that do so. In this update, we will take an in-depth look at the current rules that apply to these investments, as well as the proposed changes being contemplated by the government. This is part two of a three part series brought to you by MNP LLP.

Corporate business income is generally taxed at lower rates than personal income, which leaves corporations with more money to further invest in their businesses. There are times when a private corporation’s earnings are beyond what is needed to re-invest and grow the business. In such cases, the corporation may invest some of its earnings in passive investments.

The government is of the view an unfair tax advantage exists, as shareholders of a private corporation may achieve greater returns on passive investments held through a corporation than employed individuals holding investments personally.

No legislative proposals regarding the taxation of passive investment were released in conjunction with the paper. However, the government is contemplating changes to the tax regime and methods for determining the tax treatment of dividends paid from passive investments and has stated new rules will be designed in the coming months. If enacted, these rules can potentially be amongst the most significant legislative changes in the last 45 years.

In general terms, investment income earned by a corporation and distributed to shareholders as dividends bears an amount of tax that is equivalent to what an individual earning the investment income directly would pay. Accordingly, from a tax perspective, an individual with funds to invest is generally indifferent between investing the funds personally or through a corporation. The current provisions, which were designed to equalize taxes payable by individuals and corporations on passive income, have been in place since 1972.

The provisions include additional taxes that apply to passive investment income the year it is earned (a “refundable tax”), that is fully or partially refundable to the corporation as it pays out taxable dividends to its shareholders. The additional refundable tax bridges the gap between the corporate and personal income tax rates, such that the tax payable by corporations on passive investment income approximates what an individual in the top tax bracket would pay on the same income.

In the current tax system, a shareholder can receive one of three types of dividends:

Consider the example of a passive investment funded with active small business income. As the underlying corporate income was taxed at a preferential tax rate, it is implied all income generated by that passive investment would be treated as a “non-eligible dividend” upon distribution to shareholders, and accordingly:

The government has introduced two possible approaches to the new regime, an apportionment method and an elective method.

This method would involve an apportionment of corporate passive investment income into three categories, or “pools” that will be tracked from year to year:

The Apportionment Method would generally work as follows:

In practice, this approach would add complexity to the current tax system. However, the Apportionment Method would allow for the tax treatment of passive income to adapt to changes in the active business, passive investment, or other sources of income earned through a corporation.

Under theElective Method, private corporations would be subject to a default tax treatment, unless they elect otherwise. The choice between the default or elective tax treatments would determine whether passive income is treated as eligible or non-eligible dividends on distribution. Unlike the Apportionment Method, the Elective Method would not require types of corporate income to be tracked separately.

Under the default tax treatment, passive income earned in a Canadian-controlled private corporation (CCPC) would be subject to non-refundable taxes (at rates equivalent to the top marginal personal tax rates) and dividends distributed from such income would be treated as non-eligible dividends. It would implicitly be assumed the passive income was funded using earnings taxed at the small business rate (even though the company may have earned income taxed at the general rate).

Alternatively, corporations could elect for a tax treatment that would apply additional non-refundable taxes on its passive income, and the lower eligible dividend tax rate would apply to dividends paid from the passive income. This election would remove the corporation’s access to the small business tax rate that may otherwise be available. This election would likely be desirable for corporations where all or a significant portion of their income is taxed at the general rate.

TheElective Method is expected to result in a corporate owner with a portfolio that is worth the same as that of an individual who invested funds personally.

4. Impact to You and Your Business

If you currently earn passive investment income through a private corporation, the proposed changes may result in a higher rate of tax on future distributions of this income and potentially more detailed record-keeping requirements at the corporate level. A MNP Tax Advisor can keep you up to date and provide insight on developments beyond the government’s consultation period to help assess how these changes may impact you.

6. What do you need to do? Contact your local MNP Advisor to understand how these changes may affect your interests. Although the government is still in consultation phase, it is best to understand the effect these proposed changes could have on your business as well as your options to minimize the effect if legislation is drafted and moves forward.

Greece was broke four years ago. Now investors are paying to lend it money