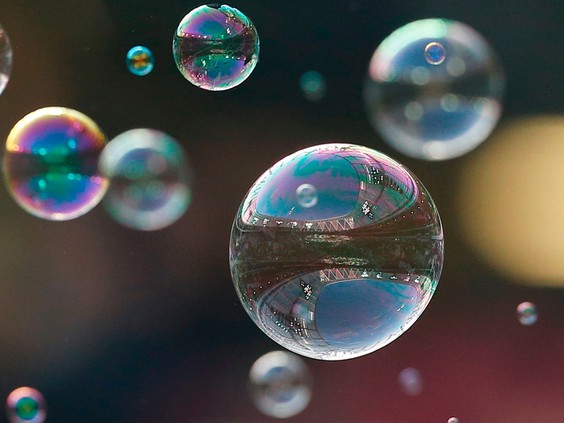 We live in an age where governments are so afraid of deflation that they are willing to print money to keep it at bay. And yet, traditional inflation might never occur again in our lifetimes. But all that new money supply has certainly had an impact and the only things that have been inflated recently are asset prices, most notably for real estate and stocks.

Many commentators espouse the view that the world never truly recovered from the Great Recession. For that to happen, we need genuine, sustainable economic growth, and to do that we have to buy into the new political mantra of our generation, “build back better,” which involves, you guessed it, spending a lot more money.

The current government was originally elected to address income inequality, but has likely done more to magnify the problem than to solve it. Printing and spending money by governments is just making it worse, whether you are trying to stave off deflation or kickstart the economy out of a pandemic shock.

Nothing like this downturn has ever happened in history. Velocity has cratered. It seems many people are hoarding their COVID-19 cheques. Our governments’ collective efforts to manufacture economic growth don’t seem to be going according to plan.

To keep things growing, politicians have elected to print more money — a lot more. Alas, inflation comes from the velocity of money, not the quantum printed. Positive GDP growth, in turn, comes from increases in aggregate demand (i.e., for the goods and services the economy produces) and aggregate supply (i.e., productive capacity).

Printing money does little, if anything, to increase either supply or demand. Ongoing GDP growth and a favourable debt-to-GDP ratio have long been the metrics of choice for political leaders who have blown through preexisting fiscal responsibility norms. That’s how you end up only seeing inflation in real estate and stocks.

Money has never been created this inefficiently, even in high inflation periods such as the 1980s. This is due to how we view recessions. Recessions are required because they purge inefficiencies. In short, they are painful, but necessary for a functioning economy. They are also kryptonite for politicians, who are more worried about getting re-elected than managing economic cycles. Therefore, for the foreseeable future, we should all expect more of the same.

Governments elected to keep printing money even when true systemic inflation (i.e., not the “transitory” kind) didn’t seem likely. What could go wrong? If you print more, people will use the money to consume more, pushing velocity up, right? Not necessarily.

Few people can get more experiences such as international travel and dining out when those industries have been put into a government-induced coma. As a result, the economy is only superficially improved. The people who already had mounds of money are now seeing their net worth inflated beyond anything they have ever experienced (or even dreamed of).

Truth be told, many of the one-per-centers are making so much money that they can’t allocate it efficiently. The rest are either hoarding or subsisting. Housing is the best example of this. The government’s solution to housing becoming a financialized asset when it is difficult for the average person to benefit from printed wealth: Print more money.

Both United States President Joe Biden and Canada’s Prime Minister Justin Trudeau are rolling out plans to give low-income people access to more credit — not more money, more credit. These poor souls won’t benefit through an improved economy that targets them for long-term prosperity. Rather, they will likely just end up further in debt.

Governments want the 99 per cent to borrow more of their future earnings to pad near-term economic growth so that things look rosy when people head to the polls. It hasn’t worked the way they wanted it to, but it hasn’t outright failed, either. Most of all, no one wants to admit that the solution to the COVID-19 problem was the catalyst for a different problem altogether. The rich have become richer, the rest have become gamified … and now everything is in a bubble.

John De Goey is an IIROC-licensed portfolio manager at Wellington-Altus Private Wealth (WAPW) in Toronto. This commentary is the author’s sole opinion based on information drawn from sources believed to be reliable, does not necessarily reflect the views of WAPW, and is provided as a general source of information only.  The opinions presented should not be relied upon for accuracy nor do they constitute investment advice.  For proper investment advice, please contact your investment Adviser. John De Goey can be reached at john.degoey@wprivate.ca.