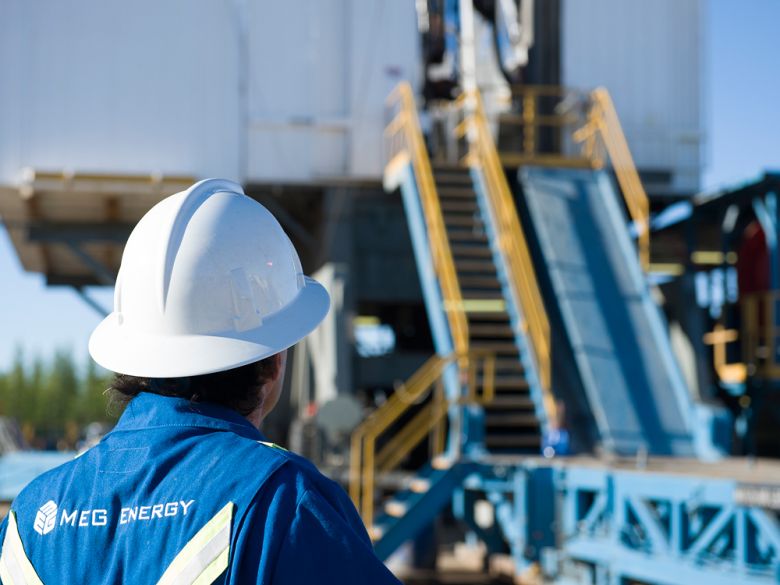 Canadian investor Seymour Schulich said he bought about 5 per cent of MEG Energy Corp. for the first time “in the last couple of weeks,” underscoring his bullish view on energy despite his concerns that Canada is squandering its resource legacy.

“We’ve got a window here and it’s somewhere between 10 and 25 years,” Schulich, 79, said Thursday in an interview in Toronto. “If we don’t exploit the legacy this country has been given as the third-largest reserves of oil-and-gas in the world and build schools, hospitals, infrastructure — if we don’t do that, we’re going to lose out.”

Shares of MEG Energy climbed 12 per cent to $5.12 in Toronto Thursday after Schulich disclosed he had initiated a “big new investment” in the Calgary-based company during an interview with BNN Bloomberg TV. That would make his stake worth about $75 million.

Schulich is critical of the leadership under Prime Minister Justin Trudeau, accusing his Liberal Party-led government of “destroying” an industry that amounts to a big chunk of the economy.

“We’ve put up a giant ‘Not open for business’ sign in this country,” Schulich said. “And people are paying attention to it. The Americans have left, the Europeans have left. Even our own companies are leaving and setting up shop in the United States.”

Still, Schulich says he’s “optimistic” as an investor despite the political landscape. Canada’s resource legacy is such that all that needs to be done is to build pipelines “to get things moving again” and revive our fortunes within a couple years after that, he said.

“If you saw the movie ‘The Big Short,’ they were optimistic that they were right — they didn’t know when,” he said. “I’m convinced also that I’m right, but I don’t know when.”

The markets are right for investing in oil right now due to the surplus of supply of 1 per cent to 2 per cent, Schulich said.

“It’s not going to take very much to move the price of oil dramatically upward,” he said. “When the differential is so small, something is going to happen to close it and the price is going to go up — and that’s why I’m back buying oil, but I’m not buying gas particularly.”

Schulich, through his foundation and his Nevada Capital Corp., owns about 30 per cent of Western Canadian oil-and-gas driller Pengrowth Energy Corp., according to data compiled by Bloomberg. He’s been in his latest position for “about four years” and has an average cost of about $1.10 — versus $3.25 on his initial investment. The stock traded at 49 cents in Toronto at 3:36 p.m.

He was an investor in the company before, when it was an oil-and-gas trust run under founder James Kinnear, who retired in 2009.

Schulich, co-founder of Franco-Nevada Mining Corp., said he also invests in Royal Dutch Shell Plc and an 8 per cent position in the San Juan Basin Royalty Trust, which he’s held since 1992. He was once a top holder of Birchcliff Energy Ltd. until he sold down his position in 2017 “primarily because there’s too much gas.”

Outside of energy, Schulich said he’s “bullish” on gold: he holds physical gold as well as a “big position” in Barrick Gold Corp, which was trading at $18.46.

Letter: SROs at a crossroads