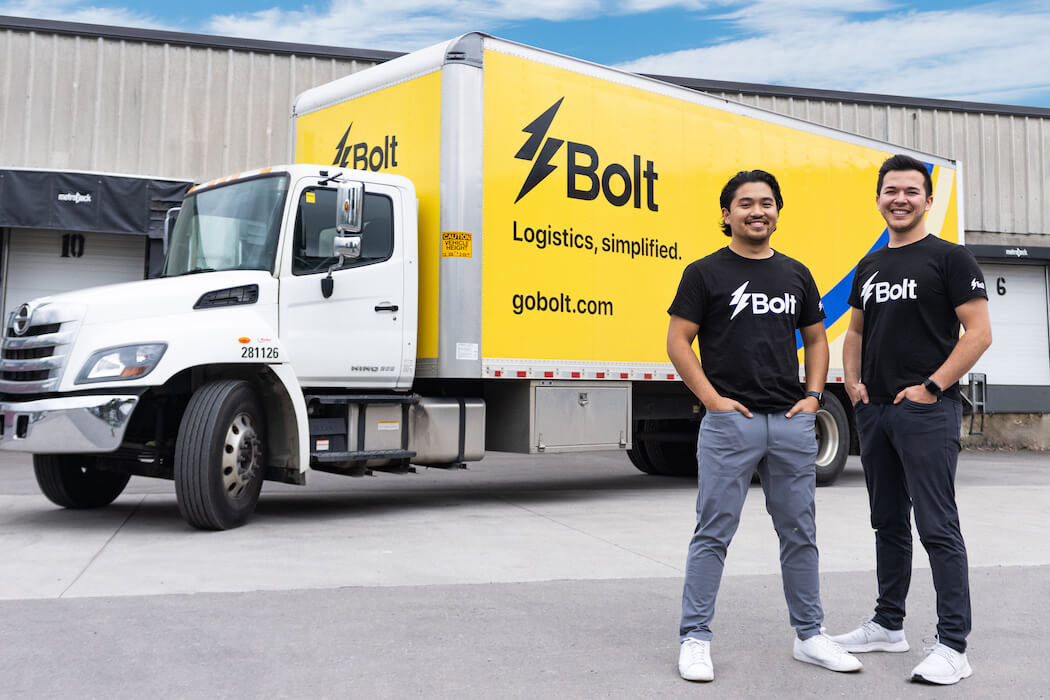 Bolt Logistics (formerly Second Closet) has had a lightning-fast year, finding its niche in fulfillment and last-mile logistics, and securing $115 million CAD to scale that offering beyond Canada.

Bolt’s new Series B capital comes less than 10 months after the startup extended its Series A round with $20 million to support a shift away from self-storage. The financing includes recommitment from all Bolt’s existing investors, as well as buy-in from new investors that include the likes of ​​Ingka Investments, the investment arm of Ingka Group, the main Ikea retailer.

The tech-enabled fulfillment and logistics startup has attracted the likes of Ikea, Chanel, as well as other major retailers as customers, leading to higher than anticipated growth that is pulling the Toronto-based Bolt into the United States market.

The recent financing includes $75 million in Series B capital, and $40 million in debt from Silicon Valley Bank. The Series B round also includes $10 million in secondary capital (no investors were fully bought out).

The financing was led by new investor Yaletown Partners, with partner Eric Bukovinsky joining Bolt’s board of directors as part of the deal. Bolt CEO and co-founder Mark Ang told BetaKit it was Bukovinsky that attracted Bolt to Yaletown, citing knowledge of the logistics industry and end-to-end supply chains that Bolt hopes to draw on. Bukovinsky has led Yaletown’s investments in Foodee (acquired by Sodexo) and Mover.io (acquired by Microsoft).

Other new investors in the round include Northleaf Capital Partners, Bank of Montreal, and Kensington Capital. Bolt is also backed by real estate moguls Mike and Mark Cowie, Intact, Michael Hyatt, Whitecap Venture Partners and MIG. Dream Maker Ventures, the investment arm of Dream Maker Corp, had also previously invested, though was bought out in Bolt’s previous funding round.

Founded in 2017 to disrupt the self-storage market, Bolt has spent the last few years moving into the more lucrative B2B logistics space. Bolt repurposed its physical storage spaces for fulfillment and last-mile logistics, and re-branded this year to align with the move.

Speaking with BetaKit in March, Ang anticipated a four-times increase in revenue this year due to Bolt’s change in focus. However, the CEO now says Bolt’s growth has surpassed that.

Ang declined to share numbers but noted his company’s revenue growth will be significantly “north” of that estimation by the end of this year.

“If you’ve ever run on a treadmill, I thought it would be like: we’d be at a pretty brisk pace and then click the button to accelerate,” said Ang. “But, really, we actually stepped onto a treadmill that was at full speed and didn’t realize how quickly it would be taking off.”

Bolt has also anticipated a slower shift from consumer storage to business customers, with a gradual move to a 50-50 split over the next few years. Ang’s treadmill metaphor also applies here, as 95 percent of Bolt’s customers are now businesses.

“It’s just been a matter of making sure that we keep up and keep delivering,” Ang said.

Bolt offers integrations with online stores through Shopify, WooCommerce, and other e-commerce brands, and, working with the majority of major delivery companies, recommends shipping partners. The startup also has a fleet of its own delivery trucks that offer last-mile delivery for select items.

To date, Bolt has around a dozen facilities across Toronto, Vancouver, Ottawa, and Montreal, and ships thousands of packages a day.

Now, Bolt’s multinational customer base is pulling the startup into the United States.

“We’re going because our clients are like, ‘please come to the US because we have a lot of business.’ So, we were opening up in the US with a ton of clients already,” said Hyatt, who has been an investor with Bolt since day one.

Bolt plans to expand to California and Texas in the first quarter of next year, and hopes to scale to more cities south of the border quickly.

The third-party logistics market that Bolt operates in is a lucrative one. It has a total global market value of more than $8.6 trillion USD, with the United States boasting a market size of $196.4 billion USD.

But the American market is also highly competitive, including major incumbents and new players like Menlo Ventures-backed ShipBob. But Ang is not deterred; he feels Bolt has built an easily-portable offering that has been proven in Canada, and is now ready to scale in the United States.

Another differentiator between Bolt and incumbents is the startup’s approach to fulfillment and last-mile logistics.

In addition to offering an end-to-end tech platform, Bolt wants to build a sustainable logistics company, in an industry known for its heavy impact on the environment. Bolt is working to become carbon negative by 2023 by bringing a fleet of electric trucks to roads and emphasizing sustainable packaging. The environmental focus is also one for Chicago-based ShipBob.

That sustainable approach is what attracted Ikea to Bolt, at least in part. Krister Mattson, managing director of Ingka Investments, stated Bolt’s zero-emission plans will contribute to Ikea’s own goal of reaching 100 percent zero-emission home deliveries by 2025.