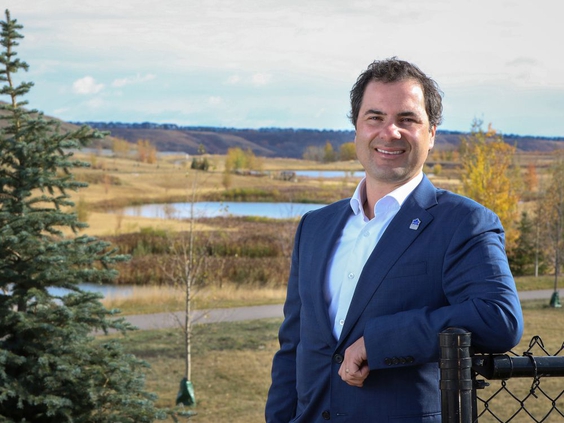 Despite the current economic slowdown, Paul Boskovich is optimistic about what’s ahead for builders, developers, trades and renovators in Alberta.

“I am very positive about the future,” he says, attributing this to the “adaptability and entrepreneurial spirit that we have seen within the (residential) industry.”

Boskovich, whose day job is president of Genstar Development Co., is the new chair of BILD (Building Industry and Land Development) Alberta.

BILD Alberta, which has 1,600 members, was created through an amalgamation of the Canadian Home Builders’ Association (CHBA) Alberta and Urban Development Institute (UDI) Alberta three years ago.

Boskovich served as chair of BILD Calgary in 2018 and succeeds Edmonton’s Patrick Shaver in the provincial role.

Alberta’s residential market has been forced to respond to considerable economic pressures since energy prices initially pulled back in mid-2014. Restrictions intended to prevent the spread of COVID-19 added another layer of market uncertainty this year.

“Opportunity has really been driven — in the last number of years — by migration to the province and population growth, and less so by robust economic activity,” says Boskovich, a 15-year development industry veteran.

Now, with the federal government closing the border with the United States in response to the pandemic, migration is limited, as well.

“We’re a very adaptable industry but we have certainly been challenged to evolve, innovate and adapt in this economic climate,” says Boskovich. “As an industry, we have had to make some hard choices in terms of the scale of our operations and the scale of our projects. We have been able to move forward with leaner, innovative projects.

“As (an example of) a leaner approach,” he adds, “I think in a lot of industries in Alberta, companies have had to expect more productivity from fewer employees in order to manage overhead and secure the employment of people they do have working.”

BILD Alberta, itself, has had to find additional efficiencies and rely more heavily on its volunteers in what Boskovich calls a “grassroots approach … which I think is appropriate in these times.”

BILD Alberta and its constituency organizations count on revenue from events, such as awards galas, which have gone online this year.

While government-imposed closures earlier this year pressed pause for most businesses in Alberta, since the re-opening, many housing markets in cities have experienced a bounce-back.

“I think, in Canada, the housing sector has been kind of a ray of hope for the economy in 2020,” says Boskovich.

“We’re obviously aided by low interest rates, a strong initial rally in job growth, and generous support from government and financial institutions,” he adds. “But it’s been a good news story for our industry. We’re certainly not taking that for granted as we move into 2021.”

Boskovich also credits BILD Alberta’s role advocating for the construction industry to be named an essential service in Alberta. Some provinces did not include construction as one of the industries that could continue during the most stringent COVID-19 restrictions. Keeping the wheels in motion was key, says Boskovich.

“Additional protocols were put in place and guidelines were established with the Government of Alberta to ensure that we were able to continue to work as an essential service,” he adds.

“It ensured that construction sites were safe and remained operational. It ensured that our workers and customers were able to benefit from enhanced safety measures, and it allowed our industry to keep working.”

Another factor in the resiliency of the housing sector has been the number of companies that have looked beyond conventional measures to conduct business — particularly on their computers and mobile devices.

“It has been a great period of innovation in terms of how we engage with customers,” says Boskovich. “Many of the things that need to get done when you’re building a home — appointments, selections, all that customer-facing side of it, the member companies of BILD Alberta have been able to do those things virtually.”

With the pandemic causing more people to spend time at home, the functionality of their home has come into greater focus.

“We have seen customers identifying a need for perhaps some additional space for working from home, kids doing school from home, all the different changes we have seen in our life,” Boskovich says. “That has necessitated some housing … change and different needs.

“The industry has been able to respond to that customer demand to be able to deliver what they need.”

In the coming year, one of the top priorities for the BILD Alberta board will be economic recovery.

“BILD Alberta has been engaging with multiple ministries within the government of Alberta to ensure that we are positioned — as we are —  a key driver of Alberta’s economic recovery,” says Boskovich. “We are continuing to expedite legislative changes that reduce red tape, and that’s aligned with the provincial government’s mandate and interest.”

The board will also be eyeing strategic investments in infrastructure that promote investment in new residential communities and development projects, and opportunities to advocate for innovative forms of tax credit for renovation to stimulate consumer spending, among other other priorities.

“I think what we’re finding from the ministers of infrastructure and transportation is that stimulating private sector investment is an important factor on the decisions for future infrastructure funding,” says Boskovich. “We’re continuing to have conversations with ministries to make sure we are at the forefront of the province’s recovery.”