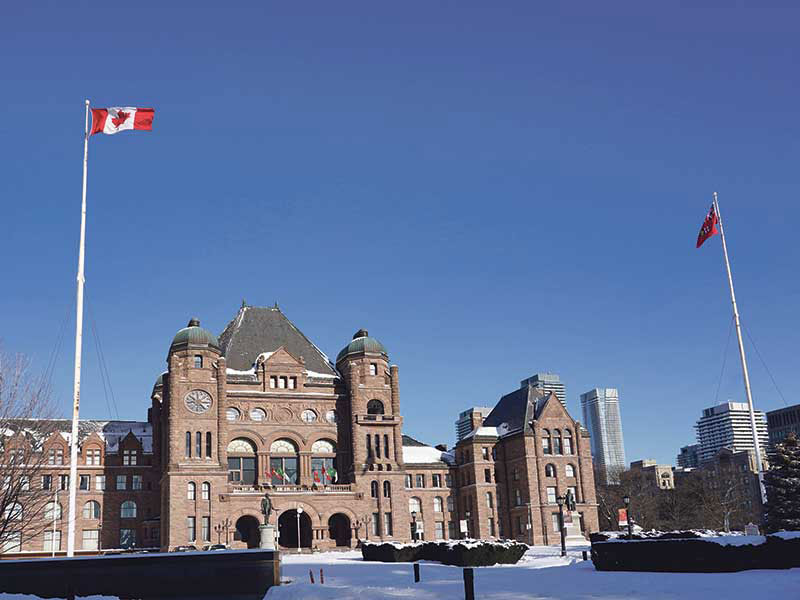 Bill would alter balance between legislature and the OSC

Ontario’s new vision for securities regulation is being rejected by the audience it most hoped to please — Bay Street.

In January 2021, the province’s Capital Markets Modernization Taskforce released a sweeping set of recommendations designed to help rejuvenate the markets, facilitate capital formation and enhance industry competition while also bolstering investor protection. The centrepiece of that vision — replacing traditional securities (and derivatives) legislation with platform legislation — is getting a “thumbs down” from the investment industry.

However, the consultation on the proposed new approach has revealed concerns within the financial services industry and the legal community.

As Investment Executive went to press, the government had not published all feedback received during the consultation, but responses from industry groups and others showed strong resistance to both specific elements of the proposed new legislation and to its overall vision.

The government’s bill would alter the balance between the securities law, which is overseen by the legislature, and the detailed rules that are under the direction of the Ontario Securities Commission (OSC). Modelled on a similar approach taken in British Columbia, the proposed CMA aims to take a “platform-based” approach, setting out broad regulatory principles in the legislation and giving the OSC more authority to create detailed requirements.

The aim is a more flexible and responsive regime: the commission can change its rules more easily than the legislature can pass changes, so reforms can be implemented more quickly when undertaken by the OSC.

While making the adoption of reforms easier has some appeal within the industry, organizations are questioning whether tossing out existing securities law and established processes for crafting capital markets policy is necessary.

The Investment Industry Association of Canada (IIAC) said in its submission that it supports the idea of flexible regulation but questions “the tangible benefits” of adopting entirely new legislation to achieve that goal. Instead, the IIAC suggested revisions to existing legislation and rules could be accomplished “without the market disruption that may be caused by new legislation.”

There could be unintended consequences to the new regime, the trade group noted, as the industry will have to assess its compliance and firms will have to revise their policies and procedures — and possibly client documentation — to conform.

“Given the government’s focus on burden reduction, we would encourage the ministry to pursue many of the laudable goals of the taskforce through alternative means, including any necessary amendments to existing legislation, before replacing the [Securities Act] altogether,” the IIAC stated.

The Investment Funds Institute of Canada (IFIC) echoed these concerns in its submission, which warned the proposed legislation may increase regulatory burden and fundamentally change the way regulatory policy is crafted.

In fact, Davies suggested the new legislation would be counterproductive, arguing the proposed approach “is more likely to increase regulatory burden, stifle innovation and inhibit growth than it is to have the opposite effect.”

Ensuring compatibility between Ontario and B.C.’s laws may have made more sense if the Cooperative Capital Markets Regulatory System was imminent, since the CMA was originally crafted to facilitate the creation of the CCMR. However, now that the initiative has effectively been abandoned due to lack of political momentum, “there is no longer any compelling justification to use the B.C. act as the precedent for Ontario legislation,” Davies stated.

The law firm added that B.C.’s new legislation was adopted without a thorough public consultation.

This same concern was echoed by veteran securities lawyer Phil Anisman in his submission, which warned that adopting the proposed platform approach “would give the OSC unlimited power to make rules relating to Ontario’s capital markets.”

These sweeping powers would be overseen only by the government, rather than by the legislature, and this would take place “behind closed doors and likely not be disclosed,” Anisman noted.

“This approach to making laws is inconsistent with the democratic principles that inform our parliamentary system of government,” Anisman said, arguing that laws should be made by the legislature and not by a regulator, or even the government, alone.

At the same time, vastly expanding the power of the regulator risks undermining the stability and predictability of the regulation that firms rely on when transacting in the capital markets, Davies said.

“In our view, it is difficult to envision anything more unduly burdensome than for market participants to have to spend time and money familiarizing themselves and complying with a brand new piece of legislation where there is nothing wrong with the existing legislation,” the firm stated.

Other industry commenters also expressed concerns about the proposed reduction in comment periods for regulatory policy initiatives, from 90 to 60 days; the prospect of introducing new requirements in the CMA without adequately subjecting them to the ordinary public comment and analysis process; and the risk of hindering global derivatives market participants with the proposed new law.

The OSC’s Investor Advisory Panel (IAP), which said it supports the idea of platform legislation, also warned that expanding the OSC’s authority won’t speed policy-making unless the sort of government interference that was identified in the recent auditor-general’s report also is curbed. That report found investment industry lobbying and political meddling undermined the regulator’s efforts to enhance investor protection measures and cost investors millions in fees.

“No amount of legislative renovation will [streamline the regulatory process] unless, at the same time, the OSC’s specialized expertise is acknowledged and consistently utilized as the most appropriate, even-handed resource for addressing rapidly evolving capital markets and the growing complexity of investment products,” the IAP stated.