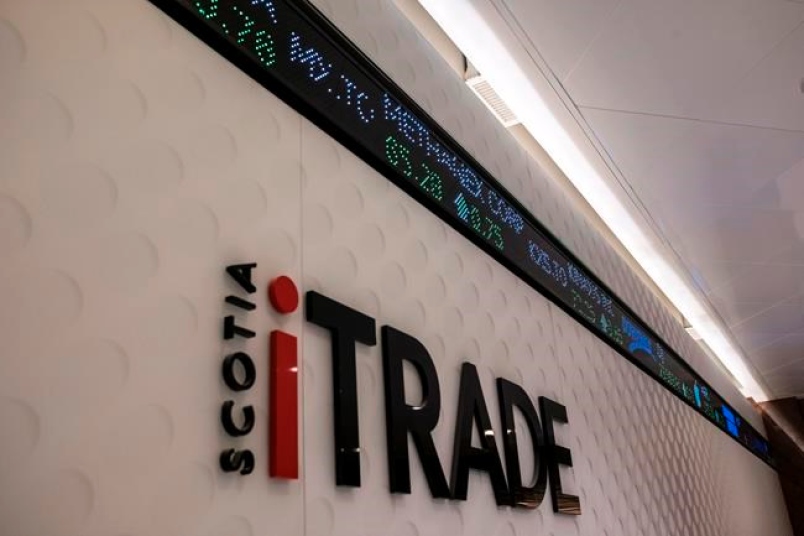 With 2021 fast approaching, analysts are by and large are optimistic about the year to come. Still, they caution that the same volatility will likely colour the early part of 2021 as new waves of COVID infections emerge and full-scale vaccination remains months away.

Starting on a high note

The year began with great promise after a blockbuster 2019 in which a renegotiated NAFTA trade agreement soothed investors spooked by a previously uncertain path for Canada-U.S. trade and global economic news trended positive.

Despite those headwinds, confidence the virus would be contained kept investor sentiments high. The TSX reached a new high on Feb. 20, one day after similar peaks for both the S&P 500 and Nasdaq.

The mood shifted almost immediately as outbreaks spread, triggering selloffs. By Feb. 26, after four days of triple-digit declines, the index saw all its 2020 gains wiped away.

A surprise rate cut from the U.S. Federal Reserve on March 3 seemed to increase nerves rather than calm markets.

“(An) inter-meeting cut has some investors spooked that the impact of the coronavirus could be far more serious on the U.S. economy than what investors were originally anticipating,” said Anish Chopra, managing director with Portfolio Management Corp., at the time.

The Bank of Canada slashed its key interest rate and launched a stimulus package two days later, and the federal government launched unprecedented relief measures for Canadians suddenly out of work and businesses whose sales plummeted.

Public health officials across Canada called for large-scale economic shutdowns and companies struggled to reduce or end operations while others tried to transition their employees to working remotely. The uncertain timeframe and other unknowns weighed on forecasts for quarterly results.

Back from the brink

The pace of the recovery over the next five months was surprising even for veteran market watchers.

“We’ve had bear markets before (but) I think the speed of the recovery was unprecedented,” said Candice Bangsund, portfolio manager for Fiera Capital.

She attributed the rebound to the response from policy-makers — both central bankers and governments — who acted assertively to prevent a total economic free fall as many areas of the world were under lockdowns to prevent the spread of the virus.

The third quarter ended with the fifth consecutive monthly economic expansion after the steepest monthly GDP drops on record in March and April when widespread lockdowns were instituted to slow the spread of COVID-19. Record gains were expected given the economy was essentially halted – meaning any improvement would show up as a net positive – but the numbers were nonetheless encouraging.

“I was surprised in both directions, just how vicious the move was lower in March and how quickly the market snapped back,” said Mike Archibald, vice-president and portfolio manager with AGF Investments Inc.

The general resiliency of the broader stock market has been “very impressive,” he said, giving full credit to central banks around the world that moved quickly to provide liquidity that has been the driver for equity market movements higher.

As of Friday’s close, the TSX was up 2.8 per cent for the year and 22 per cent over two years.

Craig Fehr, investment strategist at Edward Jones, said the year was unprecedented not only for markets but for what the public in general have been forced to endure.

Anyone just focused on the pandemic would find it remarkable that markets were ultimately positive for the year, but the gains are logical, he said.

“Stocks are going to price in the future and the future is the expectation of a continued rebound and improvement,” Fehr said in an interview.

“The vaccine unlocks the fundamentals of this economy, which I think will look pretty good as we move through next year,” he said.

Vaccines also contributed to the start of a rotation toward cyclical and value-oriented sectors such as financials, energy and industrials, along with small-cap names, after growth areas like technology thrived during the downturn.

Next year is setting up to be a “phenomenal year” for growth and risk assets because of vaccine developments that should inoculate most of the population by year-end and unleash pent-up demand and increased savings, said Bangsund.

“We’re going from the year of the pandemic to the year of the vaccine and the recovery. So, I think it’s going to be a pretty rapid return to normalcy in the back half of 2021,” she said.

An expected recovery in commodities and financials should disproportionately benefit the Canadian market due to the fact those two sectors are heavily weighted on the TSX, she said.

Bangsund’s forecast calls for the TSX to end 2021 at 19,000, which would representa 8.4 per cent increase over current levels.

Archibald expects to see “a violent rebound in economic growth” in the second and third quarters that will push markets higher.

“Certainly 2021 is going to look much better from a broader GDP growth perspective. But then I think we revert back really quickly in 2022 to something that looks a little bit more slower growth,” he said.

What remains to be seen is whether the broad market leadership changes. The overwhelming consensus from macro strategists is for a weaker U.S. dollar, higher bond yields, cyclical sectors over defensives, reopening stocks over stay-at-home, emerging markets over developed markets, the rest of the world over the U.S. and higher commodity prices.

But Archibald suspects not all those consensus trades will materialize.

“What will be more challenging is trying to figure out which one of those doesn’t work and then trying to position accordingly.”

GICs and other fixed investments that used to generate two, three, four per cent are now coming in below the rate of inflation.

“So you’re guaranteed, at least in inflation terms to be losing money,” said Currie. “So dealing with that is I think a big battle for investors.”

This report by The Canadian Press was first published Dec. 21, 2020.