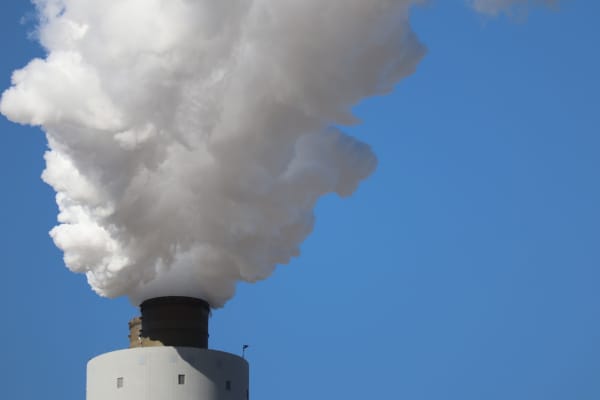 China’s claim to the mantle of global leaders on climate change is becoming frayed. The world’s largest carbon emitter – more than the United States and the European Union combined – appears to be retreating in the global fight against pollution as its economy slows.

Just three years ago, President Xi Jinping proudly announced at the 19th Communist Party Plenum that China must be a “torchbearer” in reducing climate change. He made fighting the war against pollution one of his top three priorities for his second term. In a well-reported speech at the World Economic Forum in Davos two years ago, Xi contrasted his willingness to lead the charge globally with the retreat of the United States.

Fast forward to the present day and China’s rhetoric is more tempered. This September at the UN Climate Action Summit, Foreign Minister Wang Yi announced, “We must follow through on the Paris agreement…We must uphold multilateralism.” In context, his meaning was clear – it is the global community that must take action. There was no reference to China playing a leadership role, which echoes other high-level statements made recently by China’s leaders.

The world’s success in bringing down global greenhouse gas emissions is dependent on the actions of China, the world’s largest carbon emitter. Given its sheer size, economic output, and ability to test new models and technology, China’s actions will have by far the most significant impact on the global effort to avert a climate disaster.

Yet it appears that China’s interest in leading is ebbing as its economy slows. Combine that with an ongoing trade war with the United States as well as the Trump Administration’s withdrawal from the Paris Agreement, incentives for China to lead in this global battle are drastically reduced. The effects of this are real.

While China has made considerable progress addressing its immediate challenges of cleaning up the air, water and soil, Chinese C02 emissions rose 2.3 percent in 2018, rising a second year after emissions slowed consistently in 2014-2016. Additionally, China has plans to build over 226 Gigawatts of new coal power projects, comprising 40 percent of the world’s total, according to the Global Coal Exit List. And its financial institutions finance at least 25 percent of all new plants coming online from Southeast Asia to the Middle East — in fact, the first Middle Eastern investment of the Silk Road fund, created as the private equity firm of the Belt and Road, was a “clean coal” plant in the United Arab Emirates.

Even in times of robust economic growth, it is challenging to finance the transition to a low carbon economy. China’s central bank estimates that it will take $1 trillion annually, while the government can only provide 15 percent of the funds. The rest must come from the private sector. It is even harder to raise money with the threat of a global recession looming.

Yet, there is a strong domestic economic incentive for China to maintain its goals to be a leader in fighting climate change. A study from the Chinese University of Hong Kong found air pollution in China is a $38 billion drag on the economy when factoring in the impact on public health and reduced crop yields. Moreover, a 2018 University of Chicago report found that if the Chinese government sustains the pollution reductions it made from 2013-2017, the average Chinese citizen would see their life expectancy increase by 2.3 years. The environment continues to be the largest source of protests in China. ADVERTISING

Then there is the opportunity that comes from developing new markets. According to a 2015 study by Goldman Sachs, China’s demand for environmental goods and services could be upward of $1 trillion. This could spell big profits for foreign and domestic companies alike particularly as China’s economy slows.

China cannot afford to lose momentum in its effort to create a low-carbon economy. An immediate first step and a bold move would be to reduce all tariffs and not-tariff barriers on environmental products and services for foreign firms. This would stimulate growth and job creation. In addition, it should bring its guidelines for defining green investments in line with global standards and not definite coal-related industries as green. Increasingly investors are seeking to make green investments but need the confidence that they are in fact green. Promoting and defining green finance could help offset the difficult transition China is experiencing as it tries to wean off its reliance on coal.

In the long-term, China should ensure that Xi’s flagship foreign policy, the Belt and Road Initiative (BRI), does not become a chance to export or unload China’s brown industries. Chinese lenders, for example, should immediately stop providing guarantees to any coal related projects along the BRI. Instead, an initiative of this size and magnitude – including 131 countries and two-thirds of the world’s population — is an opportunity to promote the best of China’s green practices and help build confidence in a sustainable BRI.

China’s slowing economy is not a reason for it to forgo a leading role in the fight against climate change. In fact, acting as a “torchbearer” in the effort may be China’s best bet for an economy that grows stronger and more sustainably.