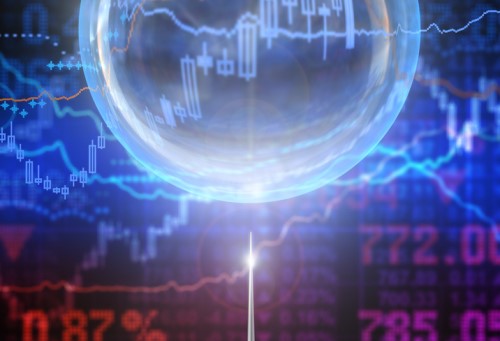 Industry watchers and experts are seeing similarities between the current private equity market and 2007’s pre-crisis conditions, sparking a debate about whether the industry is in a bubble.

There have been a number of massive buyout loans that have been announced this year, which includes Blackstone’s US$20 billion bid for Thomson Reuters’ Financial and Risk division and the upcoming €10bn divestiture of Akzo Nobel’s specialty chemicals division.

Speaking at Berlin’s SuperReturn conference, Carlyle’s European buyout advisory group co-head Gregor Böhm said that while there seems to be good investor demand in strong debt markets, private equity firms appear to be targeting companies they can take control of should there be a recession.

“You have to sell all the companies that you don’t want to hold through a recession,” he told Reuters.

Frode Strand-Nielsen, founder of Nordic group FSN Capital, said the next five years could be difficult for private equity players and leveraged credits as buyouts that have been funded with cheap debt get more costly due to a potential interest-rate hike.

However, the benign conditions could linger for some time, enabling borrowers to enjoy peak funding conditions.

More so, while interest rates have started going up, they are still expected to stay at a low level for a while yet and are, therefore, not likely to impact a firm’s debt-servicing ability in the near term.

Despite this, some experts believe that the market’s nine-year bull run is simply delaying the foreseeable correction.

Guthrie Stewart, PSP Investments’ global head of private investments, told Reuters: “We’re watching a movie where we know what the ending is. Just not how long it is until we get there.”