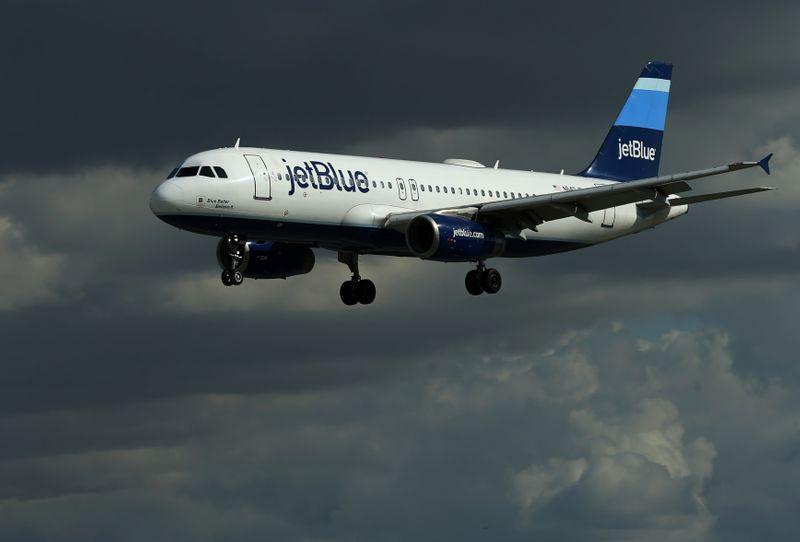 JetBlue Airways Corp on Monday said it plans to become carbon neutral on all domestic flights by July 2020 and would use an alternative fuel source for flights leaving from San Francisco amid rising pressure to cut greenhouse emissions.

The aviation industry has been trying to combat climate change by trying to cut its greenhouse gas emissions in half by 2050 compared with 2005 levels and sees the emergence of lower-carbon biofuels as a vital step towards meeting this goal.

The industry’s plan rests on a mix of alternative fuel, improved operations such as direct flight paths, new planes, and other technologies.

JetBlue in its attempt to reduce greenhouse gas emissions will favor renewable sources and will start using sustainable aviation fuel in mid-2020 on flights from San Francisco International Airport.

“By offsetting all of our domestic flying, we’re preparing our business for the lower-carbon economy that aviation – and all sectors – must plan for,” Chief Executive Officer Robin Hayes said in a statement.

JetBlue declined to give details about the cost of the exercise. It did not disclose if any other airports will be a part of the plan to reduce greenhouse gas emissions.

Sustainable-fuel, derived from sustainable oil crops or from wood and waste biomass, would have the single largest impact in reducing emissions from each flight by around 80%, but is in short supply, according to the International Air Transport Association (IATA).

Ten Predictions for Private Equity in 2029

3 Top Stocks to Buy in July