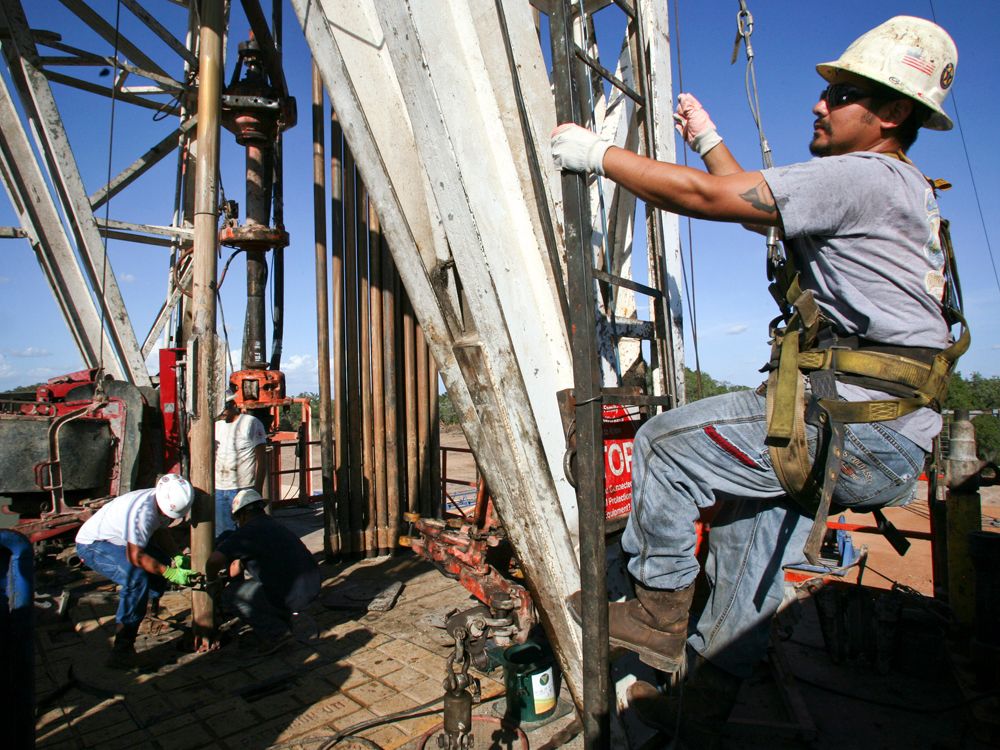 The Financial Post takes a look at 11 people and companies we’ll be watching closely in the new year.

CALGARY – Canadian natural gas producers for years have watched with extreme envy as their competitors in the United States reaped the benefits of higher commodity prices — exponentially higher prices at times.

Gas producers in Pennsylvania and Louisiana enjoyed natural gas prices above US$2 per thousand cubic feet (mcf) this summer, while Calgary-headquartered producers struggled as Alberta’s AECO benchmark price languished and bounced unpredictably from as little as seven cents to as much as $1.86 on rare occasions.

During June and July, AECO natural gas prices averaged more than $1.50 per mcf on just a total of nine days even though consumers were using gas-fired power to run air conditioning units, which should have driven up demand and prices. Instead, AECO prices averaged only 75 cents per mcf, according to Bloomberg data.

“The natural gas sector in Alberta was in crisis,” said Simon Bregazzi, chief executive of Jupiter Resources Inc., describing how pipeline constraints and economics had caused AECO gas prices to bear little or no resemblance to wider North American benchmarks.

Since being founded in 2014 Jupiter has operated in an AECO market severely challenged by low prices and restrictive pipeline tolls and service offerings. But this year, for the first time in the Calgary-based company’s history, the fortunes of Canadian and U.S. gas producers are inverting, with significant improvements for the AECO market and troubles in the U.S. gas market.

The AECO market’s improved fortunes are a direct result of a group of gas producers, including Jupiter, pushing for changes. Through the spring and summer, Bregazzi and other natural gas CEOs negotiated with the Alberta government and pipeline giant TC Energy Corp. on ways to improve access to gas storage sites in the province.

The natural gas sector in Alberta was in crisis

There were initially deep divisions over TC Energy’s changes to its service protocols that addressed who could access the pipeline system during maintenance periods. But all sides eventually reached an agreement that allowed all operators to move their gas into storage during critical maintenance outages. The Canada Energy Regulator approved the changes on Sept. 27, which led to a spike in AECO prices.

In addition to the protocol changes, TC Energy on Dec. 20 announced it had reached an agreement to reduce long-term tolls by 20 percent on its pipeline network that moves Western Canadian gas to the Toronto and U.S. Midwest markets.

The improved access to storage and to major markets in Central Canada will expose domestic gas producers to North American benchmarks. The outcome is exactly what gas producers wanted, but the timing is unfortunate.

“Our objective, frankly, over the last few years has been to reconnect to the North American market,” Bregazzi said. “We’ve actually reconnected to a market that is now wrestling with its own demons.”

Based on the rate of gas being withdrawn from storage, the EIA is forecasting that gas inventories will be 1.9 tcf at the end March, or eight per cent higher than the five-year average.

By contrast, natural gas storage levels in Alberta are 23 per cent below the five-year average, according to analysts at Tudor, Pickering, Holt & Co. who “expect them to remain at this level before they start to rebuild in the spring.”

Natural gas production in Alberta has also declined by one billion cubic feet per day over the course of the past year, which executives and analysts said is leading to more confidence that demand for gas from coal-fired power plants in the province switching to gas will outpace supply.

“I believe all of this should point to an even more constructive Canadian natural gas price,” Peyto Exploration and Development Corp. chief executive Darren Gee said in a letter to his company’s investors in December, which predicted that AECO prices would average close to $1.95 mcf in 2020.

“Geez, who knew $2 gas would be something we’d be hoping to achieve,” he said.

But for Gee, Bregazzi and other natural gas executives who have managed through seven-cent gas prices, the outlook is significantly rosier than it was a year ago, even if the broader North American benchmarks are in trouble.

“We confronted some of the issues that the U.S. market is confronting sooner,” Bregazzi said. “In a purely local context, we’ve already gone through the process that faces the U.S. gas sector in 2020.”

Over time, Bregazzi said he expects U.S. natural gas production to fall in response to lower prices and Canadian producers will be closely watching because “how quickly that plays out is very significant to us” since a slowdown in U.S. gas production would lift prices across North America.

Canadian gas producers could attempt to produce more gas to make up for the expected decline in U.S. production, but many analysts predict that years of low AECO prices will give local management teams pause before they accelerate drilling programs.

“There are a lot of management teams that have said we need to focus on profitability more than anything else,” Raymond James analyst Jeremy McCrea said. “Now that they’re seeing a bit of an improvement in commodity prices, there is no rush to take on any kind of leverage here just to go back to growth. They’re just going to take advantage of these higher prices.”

If they do, McCrea said investors that have shunned the domestic gas industry for years — with most publicly listed companies trading at all-time lows — will be inclined to reward them.

“These are global investors who look worldwide and they think Canadian energy and particularly Canadian gas looks like one of the more attractive places,” he said. “Money is definitely coming in, you can see that with the stock prices now.”

Despite the improvements in the AECO market, Bregazzi said the industry and Alberta, which earns revenues from natural gas royalties, should not be satisfied with US$2.50 natural gas prices even if that is a massive improvement over last year.

The province is currently working through a 48-item list of recommendations, compiled by a team led by former Talisman Energy Inc. chief executive Hal Kvisle, on how to fix the natural gas market.

Looking forward, Bregazzi said the industry and the province need to move beyond that list and develop a long-term strategy for how to more fully expand the market.

“The province needs a vision for what we want our gas sector to be. The amount of natural gas resource available would surpass that of the oilsands,” he said. “I think we need to think big.”

Alberta will study already ‘compelling case’ for its exit from CPP: Kenney