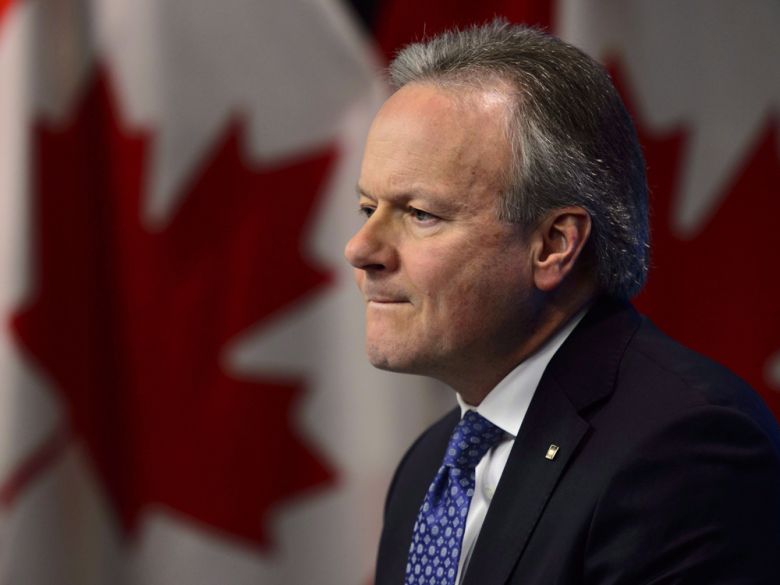 Kevin Carmichael: No one expects Stephen Poloz to raise rates Wednesday, but we could see a shift all the same

In October, when the Bank of Canada last raised interest rates, Governor Stephen Poloz and his deputies said something new: “Governing Council agrees that the policy interest rate will need to rise to a neutral stance to achieve the inflation target.”

As often happens, the Bay Streeters and Wall Streeters who only speak Fed struggled with the Polozian dialect.

By neutral, Poloz and company were referring to a place that doesn’t really exist. It’s an important concept, but it’s not a target the way inflation is a target; you can’t observe the neutral rate, and you only know you’ve arrived after you get there. (Poloz compares it to landing a plane in the fog.) The Bank of Canada’s current estimate of neutral is somewhere between 2.5 per cent and 3.5 per cent, a wide band that reflects the difficulty of pinpointing the perfect interest rate.

“If you drove your car with the same degree of precision that we are able to do monetary policy, you’d be in trouble all the time, driving on the two sides of the road and stuff, because it’s a very imprecise business,” Poloz told reporters in Washington recently.

One might have interpreted the Bank of Canada’s desire to get to a neutral stance as a statement of the obvious. Policy makers followed the new language with an advisory that the “pace” of interest-rate increases would be determined by the evolution of household spending and exports, a reiteration of Poloz’s insistence that the future is too uncertain to make confident statements about a path for interest rates.

And yet some analysts, fluent in the code words that the Federal Reserve uses to guide market participants, felt the Bank of Canada was telling them more. The midpoint of the neutral range was three per cent, and the new policy setting was 1.75 per cent, so surely Poloz was planning at least three or four more quarter-point increases in the months ahead!

So imagine the frustration that those Bay Streeters and Wall Streeters felt when the Bank of Canada adjusted its outlook to reflect weaker-than-expected data. In December and January, policy makers added new variables to the list of factors that would determine the pace of interest-rate increases. And then in March they decided they favoured a policy setting that was “below the neutral range.”

The typical grumbling about Poloz sending mixed messages ensued. That frustration is rooted in a desire for clarity that the leader of Canada’s central bank refuses to give because he thinks doing so would be irresponsible. Speaking to reporters from the sidelines of the International Monetary Fund meetings earlier this month, he said the decision to mention the neutral rate was intended to make sure the public understood that there was an outer limit to the central bank’s desire for higher interest rates.

“When you try to impose precision on (the neutral rate), it’s just going to be frustrating, because it doesn’t have the degree of meaning that you’d like to attach to it,” Poloz said. “We don’t know enough about it to be worried about whether it’s .25 (percentage point) higher or lower than the central tendency.”

Keep all of that in mind this week as you assess the latest from the Bank of Canada. On Wednesday, the central bank will update its policy stance and release a new quarterly report on the economy. That report will include the annual revision of the neutral rate, which could be a more important development than usual.

Some economists already think the rate is lower because the ability of developed economies such as Canada to generate inflation-free growth has declined because of aging populations, diminished productivity, and other structural factors. Nikita Perevalov, a senior economist at Bank of Nova Scotia, published research in February that puts the neutral rate in a range of two per cent to three per cent.

No one expects the central bank will raise interest rates this week. But there is a debate over whether Poloz will oversee a shift to a different sort of neutral. Royal Bank economists have been advising their clients to expect the Bank of Canada to extinguish all talk of higher interest rates; they reckon economic data have been too weak lately to justify such a tilt.

“The shift to a neutral bias shouldn’t come as a surprise to investors who are already pricing in some chance of a rate cut by the end of the year,” Nathan Janzen and Josh Nye wrote in a note last week.

Others, including Sébastien Lavoie at Laurentian Bank Securities and Avery Shenfeld at CIBC World Markets, think the Bank of Canada will stay the course. That makes sense. Data have been poor, but maybe not poor enough to turn a pause into a pivot. Some economists think stronger-than-expected growth in China heralds a rebound in international demand, and a tough winter might be making the real-estate market look weaker than it actually is.

The new estimate of the neutral interest rate could be the deciding factor. If it dropped to a range of two per cent to three per cent, the Bank of Canada could opt to erase it from policy statement; not because conditions changed, but because policy makers realize they have arrived at destination.