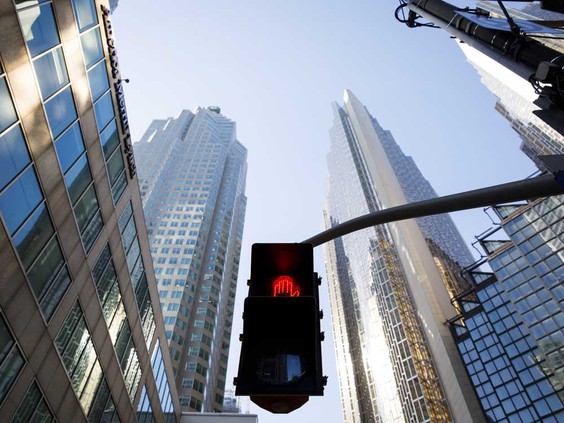 Eyes roll on Bay Street when Prime Minister Justin Trudeau and his cabinet ministers describe old-fashioned government spending as “investment,” but Ottawa has a good riposte: someone has to do it.

“Businesses are reluctant to make big bets,” industry minister Navdeep Bains said last month in a year-end interview. “We as a government have done so in the past and will continue to do so, but if we are to genuinely create jobs and unlock more growth opportunities and improve our productivity versus the U.S. and other jurisdictions, businesses need to step up.”

Investment is the sleeper issue that will determine whether the economy emerges from the COVID-19 crisis with purpose in 2021, or merely muddles along as it did in the aftermath of the Great Recession.

The Bank of Canada has promised to keep the benchmark interest rate near zero for at least another year, and Trudeau has sanctioned rescue funding worth hundreds of billions of dollars, which will keep the economy afloat. But the pace of the recovery will be determined by entrepreneurs, executives and investors — groups that have been reluctant to leave the sidelines for much of the past decade.

The unwillingness of Canada’s biggest companies and richest investors to engage has left the country ill-prepared for the hyper-competitive, digitally oriented economy that awaits on the other side of COVID-19

Business investment in machinery and equipment was 3.1 per cent of GDP in the first quarter of 2020, according to Statistics Canada data, compared to a quarterly average of 3.7 per cent since 2000. The figure crested at around four per cent a decade ago, and hasn’t touched that level since the end of 2014, when oil prices collapsed.

Money wasn’t the issue: corporate profits were strong. But whatever the reason, the unwillingness of Canada’s biggest companies and richest investors to engage has left the country ill-prepared for the hyper-competitive, digitally oriented economy that awaits on the other side of COVID-19.

Last year, the Bank of Canada dropped the rate at which it estimates the economy can grow without stirring inflation to a meagre 1.4 per cent, from 1.8 per cent previously. The reason: the pandemic had cut off the flow of immigrants, which up until 2020 had been the primary driver of economic growth, and the country’s companies were too inefficient to make up for the loss.

The Financial Times newspaper’s list of the Top 100 companies of 2020 included just one Canadian firm: Ottawa-based Shopify Inc., which was ranked No. 22. The table was dominated by Chinese (36) and American (30) outfits, but South Korea, Japan, Denmark, Germany, Australia, France, Spain and Sweden all appeared at least twice.

“This culture of being risk averse is a challenge for Canada,” Bains said.

Canada’s short-term economic outlook mostly depends on getting COVID-19 under control. If some combination of social distancing and mass vaccination allows borders, restaurants and stores to reopen and stay open, then gross domestic product will probably complete the climb back to where it was this time a year ago.

Bank of Montreal’s forecasting team predicts growth of five per cent in 2021 and 4.5 per cent in 2022, compared with an estimated decline last year of 5.5 per cent. Those positive figures suggest that a full recovery from what the International Monetary Fund calls the Great Lockdown is on the horizon.

If the virus remains more than the health system can handle, then the ongoing misery of industries that depend on human proximity will continue to offset the surging demand for digital and green technology.

“The speed of the economic recovery will depend in part on how many businesses survive until containment measures ease,” Royal Bank of Canada economists Nathan Janzen and Claire Fan said in a report last month.

But we should be talking about more than mere survival. A company that spends 2021 conserving cash will be doing little for economic growth in the short term, and could find itself unprepared for the post-COVID economy, which will demand a greener conscience and a digital orientation. Executives who wait to invest might survive the pandemic only to see their legacies erased by more adventurous rivals.

“My message is that I’m cautiously optimistic,” Bank of Canada Governor Tiff Macklem said in an interview last month, citing stronger-than-expected exports of goods as a reason to feel good about 2021. “And part of that message is really to the business sector: Make sure you’re ready.”

The Bank of Canada has reason to be wary of Corporate Canada’s willingness to rise to a challenge.

Macklem’s predecessor, Stephen Poloz, was fairly certain that Canada was poised to erase all memories of the Great Recession when he was appointed governor in 2013. He predicted exporters would become the economy’s primary engine, taking over from households, which drove the initial recovery by racking up debt to purchase houses and related goods and services.

It never happened, at least to the degree that Poloz had anticipated. One reason was that too many companies had been wiped out during the recession. Another was that Canada did too little business with Asia, where China and other economies were on fire. Poloz even postulated that statisticians might be missing some of the investment, since their methods were designed to measure tangible expenditures such as factory gear, not intangibles like cloud-computing capacity.

But the former governor also observed that Canadian executives and investors might have been clinging to unreasonable expectations about what constitutes a reasonable return on investment in an age of trade wars and ultra-low interest rates.

Similarly, Macklem, a former dean of the University of Toronto’s business school, used his final speech of 2020 to explicitly urge executives and investors to adjust their “hurdle rates” to reflect current conditions, not those that existed two decades ago. “Where there is still more work to do is around patient capital,” he said.

If that work is successful, there is every reason to think COVID-19 could be a positive turning point for the economy, despite the hardship of the past 10 months. If it doesn’t happen, Canada will continue to muddle along while other economies surge ahead.