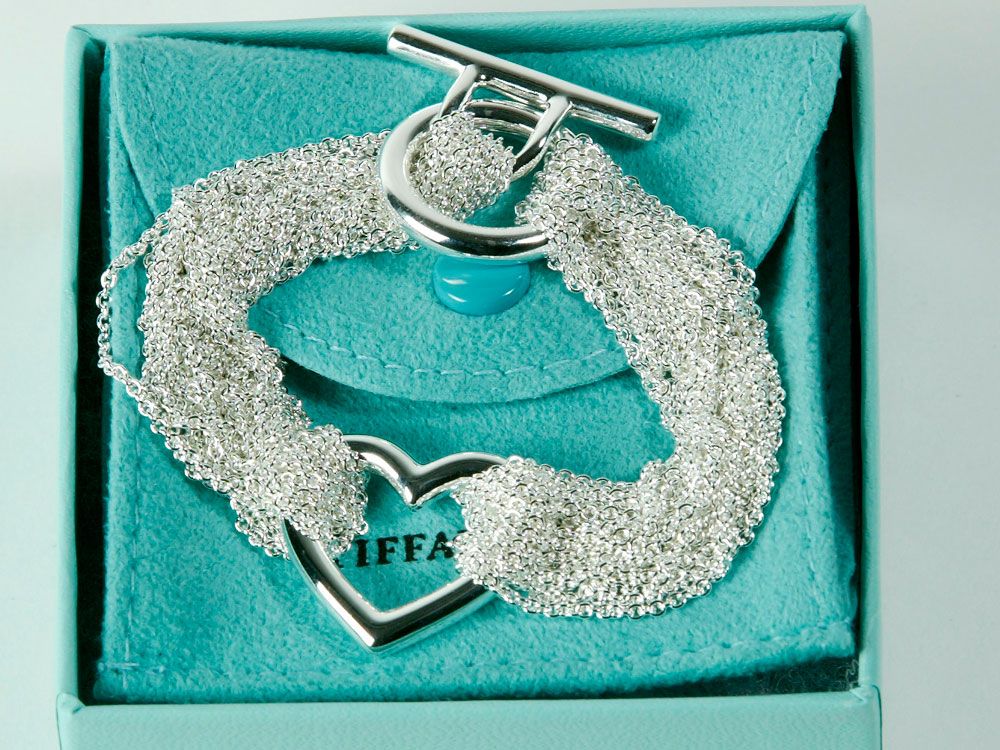 PARIS — LVMH has offered to buy Tiffany & Co, known for its engagement rings and ties to Hollywood glamour, as the owner of Louis Vuitton and Bulgari seeks to expand in jewelery, one of the fastest-growing parts of the luxury goods market.

In a deal that would beef up its smallest business, LVMH on Monday said it had approached Tiffany about an unsolicited non-binding offer without giving further details.

Confirming the move, Tiffany said the offer was worth US$120 per share, which would value Tiffany at nearly US$14.5 billion and represents a 22 percent premium over the stock’s closing price on Friday.

LVMH said there was no guarantee that preliminary discussions would result in an agreement.

Several analysts said Tiffany might reject the offer to seek a higher price tag, potentially kicking off a battle for control of the company known for its signature egg-blue packaging.

Analysts said Tiffany could be worth as much as US$140-$160 per share. The stock trades at a big discount to its U.S and European sector.

Cash-rich LVMH can also afford a higher price it wants to clinch a deal. UBS analysts said LVMH had an M&A firepower of some 40 billion euros.

Tiffany, founded in New York in 1837 and made famous by the 1961 movie “Breakfast at Tiffany’s” starring Audrey Hepburn, said it was still reviewing the proposal and is “not in discussions.”
If the deal goes ahead, it would be the biggest acquisition to date by LVMH, owned by France’s richest man Bernard Arnault, and comes after it bought Bulgari in 2011.

For LVMH, it would bolster its smallest and newest business division, jewelry and watches, which includes Bulgari jewelery, Hublot and Tag Heuer watches, and expand its exposure to the bridal and diamond category and to U.S. luxury shoppers.

“Tiffany is potentially the biggest prey and the only U.S. global luxury brand,” analysts at Jefferies said.

“This move would potentially double the size and the profitability of LVMH’s weaker Hard Luxury (watches and jewelry) division,” they added.

This business accounted for 9 percent of revenue and 7 percent of earnings in 2018, about only a fifth the size of its core fashion and handbag unit, home to Christian Dior, Givenchy and other brands like Fendi in addition to Vuitton.

The potential deal also comes as some of LVMH’s watch labels like Tag Heuer have struggled, in part as they try to adapt to the rise of smartwatches, while this sector has also been hit hard by turmoil in Hong Kong, a major market for high-end timepieces.

Tiffany is one of the jewelery sector’s top prizes.

Cowen analysts said that Tiffany deserved “an exceptional premium of 20 times EBITDA or higher, or US$160,” citing “a host of potential revenue and expense synergies that can be created from the acquisition.”

Credit Suisse analysts said a bid could “quickly reach US$140 per share” and still be 5 per cent accretive to LVMH earnings in year 1.

Jewelry has more broadly has been one of the strongest performing areas of the luxury industry in 2018, according to consultancy Bain & Co, which forecast that comparable sales in the 18 billion euro (US$20 billion) global market were set to grow 7 percent this year.

LVMH’s rivals are also bulking up in jewelry.

Kering has been looking to expand in this area, including by launching high-end jewelry lines for its fashion brand Gucci.

Switzerland’s Richemont, meanwhile, a sector leader with labels like Cartier, has also been adding to its portfolio, and recently acquired Italy’s Buccellati.