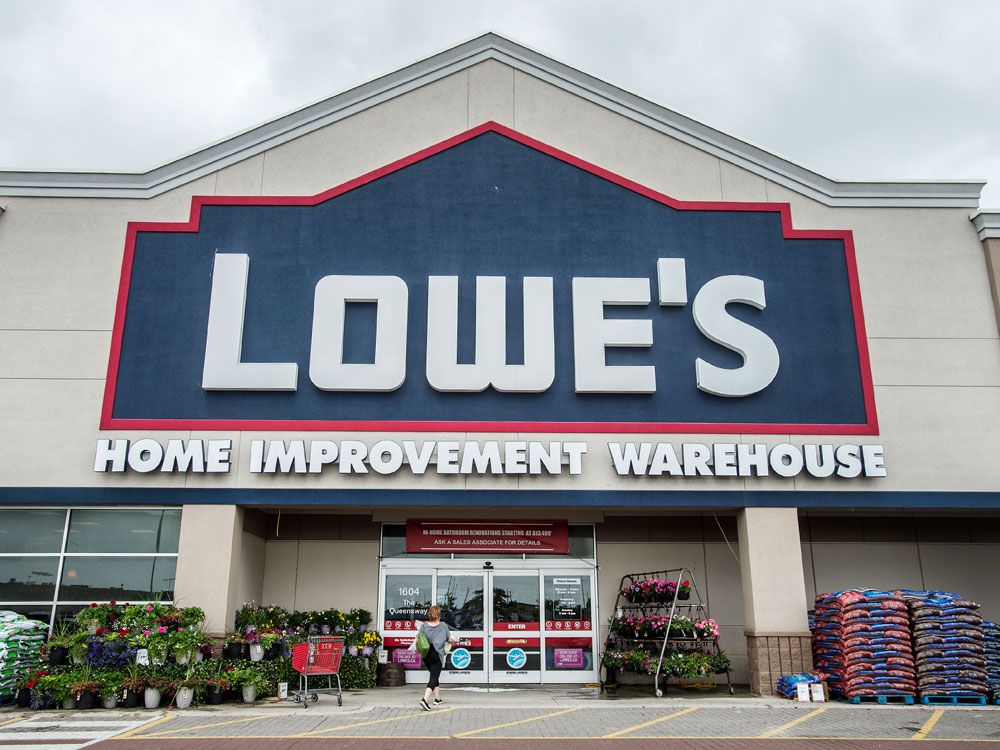 The 34 stores to be shut, most by the end of January, which includes 26 Rona locations, six Lowe’s and two Réno-Dépôts, the company said in a statement Wednesday.

“While making decisions that impact our associates and their families is never easy, closing underperforming stores is a necessary step in our plan to ensure the long-term stability and growth of our Canadian business,” Tony Cioffi, interim president of Lowe’s Canada, said in the statement. “We are taking decisive action to build a healthy business which will provide us with the flexibility to reinvest in our future growth.”

The closures come after an internal strategic review and almost a year to the day after Lowe’s closed 31 properties across the country in November 2018.

Twenty-seven stores were closed in 2018, along with two regional support centres in Mississauga, Ont. and St. John’s, N.L., a truss plant in St. John’s, N.L. and a block plant in Kamloops, B.C.

Lowes, based in Mooresville, North Carolina, bought Rona in 2016. Rona was founded in 1939 in Quebec, and that’s where the largest share, 12, of the new closures will occur.

This month, Canada’s advertising regulator directed Lowe’s to cease calling its Rona unit “truly Canadian” or “proudly Canadian” because Lowe’s is an American company. Lowe’s said it disagreed with the ruling because of Rona’s Quebec heritage, but said it wouldn’t dispute the order.

Below are the stores to be closed and the closing dates:

Lowe’s owns about 600 stores across Canada under the Lowe’s, Rona, Réno-Dépôt, Ace and Dick’s Lumber banners, employing some 28,000 people, the company said. The New York Stock Exchange-listed parent company earned US$71.3 billion in 2018 revenue, it said.

Cioffi said Lowe’s would invest in its supply chain, web platforms, corporate stores and dealer network. Affected employees may be able to transfer to nearby stores, he said.

Lowe’s said it will also simplify its store banners for efficiency, reorganize its corporate support structure across the country to help stores and rationalize its product assortment for a more coordinated offering to Canadians.

“Although we still have work to do, I am confident we are on the right path to build a better Lowe’s and generate long-term profitable growth. We are committed to the Canadian market and are taking decisive action to improve the performance and profitability of our Canadian operations,” said Marvin R. Ellison, Lowe’s president, and CEO, in a statement.

The company has already shed its retail operations in Mexico and is cutting back on slow-moving inventory as part of Ellison’s restructuring program.