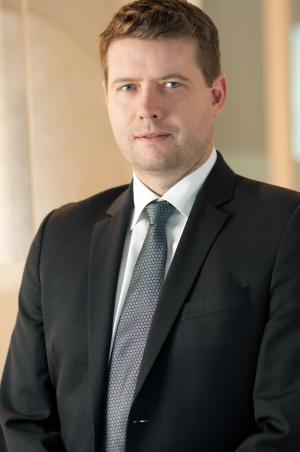 Matthew Zabloski is the Founder & Chief Investment Officer of Delbrook Capital Advisors, Inc. a Vancouver, BC based fund manager focused on alternative investment strategies in the metals & mining sector, a segment of the market historically unloved by alternatives.

Zabloski started Delbrook in 2010 after previously serving as a Portfolio Manager with Fidelity Management & Research Company (“FMR Co., Inc.”) and co-founding CI Cambridge Advisors – a Boston based investment manager. With nearly a decade of experience under his belt managing various mandates in the materials space, Delbrook was launched with the goal of offering investors access to a differentiated and concentrated hedge fund strategy.

In December 2013 the first fund was officially launched; the Delbrook Resource Opportunities Fund. After managing the strategy for five years and posting sector leading performance, Delbrook launched a second Fund in September of 2018. Domiciled in the Cayman Islands, the Delbrook Resource Opportunities Master Fund LP was established to satisfy an escalation of interest from investors outside of Canada.

A few of the sector themes that get Zabloski inspired are; the increased M&A in the gold sector and the impact of electrification on the base metals complex. For example, based on the most modest growth projections of electric vehicles the market is misunderstanding the impact and scale of a looming copper deficit i.e. there is not enough supply to meet demand.

Zabloski counts Peter Lynch, the manager of the Magellan Fund at Fidelity, among his main career mentors. The lessons Zabloski learnt from a humble and unique investor like Lynch have stayed with him, many years after that initial illuminating Boston lunch, way back in 2005.

A native of Calgary, Alberta, Zabloski now calls North Vancouver home where he lives with his wife and three daughters, trying hard to support the Canucks.