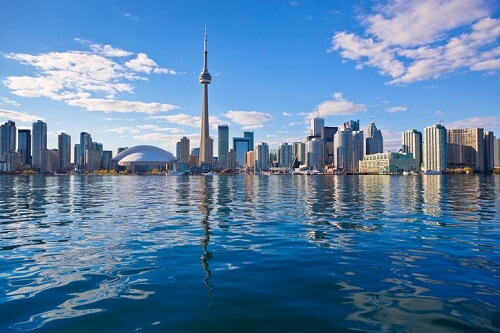 On Wednesday, March 28, 2018, the Honourable Charles Sousa, Ontario’s Minister of Finance, tabled the province’s 2018 Budget. The 2018 Ontario Budget includes significant new investments in health care, child care, home care and measures aimed at creating more job opportunities. The government is projecting deficits of $6.5 to $6.7 billion in each of the next three years. Below are highlights from the announcements:

The ORDTC is a 3.5 percent non-refundable tax credit on eligible research and development (R&D) expenditures. Effective for eligible R&D expenditures incurred on or after March 28, 2018, companies that qualify for ORDTC will now be eligible for an enhanced rate of 5.5 percent on expenditures over $1 million in a taxation year.

The OITC is an 8 percent refundable tax credit for small to medium-sized companies on eligible R&D expenditures. For R&D expenditures incurred on or after March 28, 2018, if a company that qualifies for the OITC has a ratio of R&D expenditures to gross revenues that is:

The Employer Health Tax (EHT) exemption relieves more than 85 percent of Ontario employers from having to pay the EHT. The exemption is available to employers who would not be eligible for small business relief under the federal Income Tax Act (ITA) through the Small Business Deduction (SBD).

As previously announced in Budget 2017, the government proposes to follow the eligibility criteria for the federal Small Business Deduction in determining which corporations qualify for the EHT exemption. The EHT exemption for corporations would only apply if the corporation is a Canadian-controlled Private Corporation (“CCPC”). If passed, legislation would be effective January 1, 2019.

The top marginal personal income tax rate for Ontario remains at 20.53 percent for 2018. The current top combined federal and Ontario marginal rates for 2018 are outlined below:

Budget 2018 is proposing to eliminate the surtax that is included in the personal income tax (PIT)system, and make adjustments to the tax brackets and rates effective for the 2018 tax year. Personal tax brackets would incorporate the former surtax and make the system more progressive. The top tax bracket rate on income in excess of $220,000 would remain at 20.53 percent (53.53 percent when combined with the federal tax).

Eliminating the surtax will also ensure that higher income taxpayers do not receive more tax relief from claiming non-refundable tax credits compared to other taxpayers.

The government is proposing to increase the Ontario charitable donation tax credit (“OCDTC”) rate to 17.5 percent for all taxpayers for eligible donations exceeding $200. The first $200 of donations would continue to be eligible for an OCDTC rate of 5.05 percent.

The change allows lower income donors to receive more tax relief from the OCDTC. Unlike the federal system, income earners subject to the highest marginal rates will not have access to the top tax relief.

Ontario intends to enter into an agreement with the federal government under which Ontario would receive 75 percent of the federal excise duty collected on cannabis intended for sale in the province.

Ontario will automatically parallel the changes made by the federal government to extend the tax on split income rules to adult family members who are not active in the business, effective with the 2018 taxation year.

Vivian Krause: Obama wasn’t the only American interfering in the Canadian election