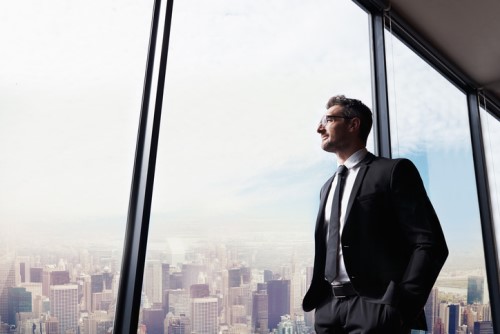 On July 18, 2017, the Honourable Bill Morneau, Minister of Finance, released a paper for consultation, along with draft legislation and explanatory notes intended to “close loopholes and deal with tax planning strategies that involved the use of private corporations.”

One of the key issues addressed was the conversion of income into tax-exempt or lower-taxed capital gains. In this update, we will take an in-depth look at the proposed changes relating to this type of tax planning.

As part of the consultation paper, the federal Minister of Finance addressed the tax strategies commonly used by advisors and corporate business owners to trigger capital gains to distribute after-tax earnings of corporations. This type of planning often stemmed from the arbitrage in tax rates on capital gains and dividend income. This arbitrage varies by province. For example, inAlberta, a capital gain realized by an individual in the highest income bracket is taxed at a rate of 24 percent (one-half of the top federal and Alberta combined personal rate of 48 percent), whereas a non-eligible dividend of the same individual is taxed at 41.29 percent. The disposition of assets by a corporation can be structured to take advantage of the lower tax rates applicable to capital gains and tax-free capital dividends to achieve a similar result.

The federal government has proposed two measures to discourage this type of tax planning.

A long-standing anti-avoidance rule prevents individuals from extracting, or “stripping” surplus funds from a corporation tax- free by recharacterizing certain proceeds of disposition received on the sale of shares to a dividend. Without this rule, the sale of shares by an individual could be structured such that the individual receives proceeds that are effectively a distribution of corporate surplus taxed at the lower capital gains rate, which would otherwise be taxed at the dividend rate.

The anti-avoidance rule generally prevents this type of structuring by excluding from an individual’s tax cost of a share any part of the proceeds previously sheltered by the individual’s (or a related individual’s) Lifetime Capital Gains Exemption (LCGE). This effectively prevents individuals from extracting corporate funds tax free by selling such shares to a related corporation at a later time.

The anti-avoidance rule, in its most recent form, created a problem with succession planning. Parents who wanted to transition their business to their child by selling shares to their child’s corporation would have any gain on the sale of the business taxed at the higher dividend rate. If the parents utilized their respective LCGEs on a sale directly to their child and the child later sold the shares to a related corporation, that child could face the same dividend tax treatment. The anti-avoidance rule prevents the child from using a corporation to effectively finance the purchase, even where the child is paying the full fair market value for the business as a third party would. In contrast, had the parents chosen to sell the shares to an unrelated corporation, any gain realized would be sheltered by any available portion of their LCGEs and/or taxed at the lower capital gains rate.

For example, consider a situation where parents sell shares of a corporation to their child, do not claim their LCGEs and pay tax on the capital gain realized on the sale. By paying the necessary taxes, the child could then sell the shares to his or her corporation and receive funds on a tax-paid basis to repay the parents. Under the proposed rules, this type of succession planning may result in the same gain being subject to both capital gains and dividend tax. This will have a significant impact on transitioning a business within a family.

The proposed legislation could also be troublesome for many estates. Upon death, individuals are deemed to dispose of all assets at fair market value and their estate to acquire the assets at the same value. In the case of shares held by the deceased individual, this will often result in a capital gain. Double taxation can result where the estate has to pay tax on such capital gains, as well as on dividend income incurred to liquidate the estate assets from within the corporation. Tax structuring commonly referred to as the “pipeline” is used in estate planning to deal with the above situation, but at an effective tax rate equal to an individual’s capital gains rate, will no longer be a tax-effective alternative under the proposed legislation. Other structuring alternatives are available; however they would need to be acted upon in a timely manner.

If enacted, the rule applies to shares disposed of on or after July 18, 2017.

Many in the tax community had been hopeful the federal government would ease some of the restrictions on intergenerational business transfers; however, it appears the proposed legislation has created further challenges.

The federal government proposes to add a new rule to prevent tax planning that circumvents specific tax rules meant to prevent the conversion of a private corporation’s surplus into tax-exempt or lower-taxed capital gains. Generally, the rule applies where there is a sale of property to a related party (and could be interpreted to apply more broadly to unrelated parties), there is a significant reduction or disappearance of assets from a corporation and it can reasonably be considered that a related individual has avoided taxas part of the transaction(s) carried out. The new rule prevents the untaxed portion of any capital gain realized by the corporation from being included inits capital dividend account. Furthermore, amounts received or receivable by the individual would be recharacterized as dividends and therefore subject to dividend tax rates, regardless of what form the amounts would otherwise be.

As a result, the effective tax rate on a sale of assets by a corporation to a related person can be significantly higher than if the assets were sold to a third party. The new rule may also apply in a situation that shares the above characteristics, but does not involve a disposition of property.

If enacted, this new rule applies to amounts that are received or become receivable on or after July 18, 2017.

The wording of the proposed rule is vague and may be applied broadly. As the intention of the involved parties is considered when determining whether this rule applies, any significant dispositions of assets may need to be supported by an established intention, particularly where the corporation makes use of its capital dividend account shortly after the disposition.

2. Impact to You and Your Business

These proposed changes create complexities in the disposition of assets, shares, transition or succession of a business and estate planning. It is recommended the direct consequences to you, your family, and your business be discussed with a MNP Tax Advisor.

4. What do you need to do? Contact your local MNP Advisor to understand how these changes may affect your interests. Although the government is still in consultation phase, it is best to understand the effect these proposed changes could have on your business, as well as your options to minimize the effect if the legislation moves forward.

Travellers could get up to $2,400 if they are bumped from an overbooked flight under Canada’s new air passenger protection rules