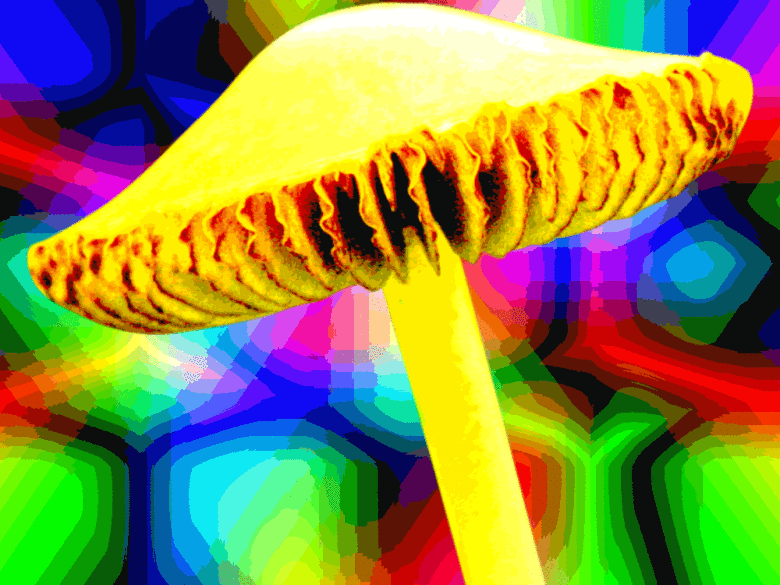 The first companies developing medical treatments from psychedelic drugs like LSD, ketamine and the active ingredient in magic mushrooms are gearing up to list on Canadian stock exchanges.

Mind Medicine Inc., which is undertaking clinical trials of psychedelic-based drugs, intends to list on Toronto’s NEO Exchange by the first week of March, said JR Rahn, the company’s co-founder and director. A NEO spokesman confirmed the listing, which is pending final approvals.

The company plans to list via a reverse takeover under the ticker MMED. It’s not yet generating revenue and is targeting a valuation of approximately US$50 million, Rahn said. Mind Medicine counts former Canopy Growth Corp. co-chief executive officer Bruce Linton as a director and Shark Tank star Kevin O’Leary as an investor.

“Our ambition is to be one of the first publicly listed neuro-pharmaceutical companies developing psychedelic medicines,” Rahn said in a phone interview.

For those who are still getting used to legal marijuana, the idea of publicly traded companies working with psychedelic drugs like MDMA and psilocybin, which is derived from magic mushrooms, may sound a bit out there.

Yet a growing number of companies are conducting clinical trials of psychedelic treatments for everything from depression to post-traumatic stress disorder, and some have recently received the blessing of the U.S. Food and Drug Administration. This has created a legal way for these companies to conduct research on otherwise illegal drugs, opening the door to public listings.

Meanwhile, Toronto-based Mind Medicine is preparing a Phase 2 clinical trial into the use of a psychedelic called ibogaine to treat opioid addiction, which will be conducted in New York and governed by the FDA.

Compass Pathways declined to comment on whether it’s planning a public listing, but the company is “always looking at options to ensure continued growth and funding,” chief communications officer Tracy Cheung said in an email.

The Canadian Securities Exchange, which has become the go-to bourse for U.S. cannabis companies that can’t list in their home country, is also expecting listings from psychedelic drug companies in 2020.

The FDA has “given clearance for a variety of trials at this point and it looks like they are going to be expanding that framework,” said Richard Carleton, CEO of the Canadian Securities Exchange. “If that is the case then I’m certain we’ll see our first issuers probably before the middle of the year.”

There’s growing investor interest in psychedelics, said Ronan Levy, executive chairman of Field Trip Psychedelics Inc. Field Trip is building a network of clinics focused on ketamine-enhanced psychotherapy, with the first one opening in Toronto next month and others planned for New York City and Los Angeles. It’s also conducting research into psilocybin at the University of the West Indies in Jamaica.

Last week, Field Trip closed a Series A financing round that raised US$8.5 million from a variety of investors including cannabis-focused asset manager Silver Spike Capital and Harris Fricker, the former CEO of GMP Capital Inc., which helped a number of marijuana companies go public.

The funding round attracted interest from all over the world, including “some very large Silicon Valley tech investors and entrepreneurs,” Levy said.

Field Trip is considering a public listing, although Levy also sees further opportunities to raise private funding, he said. Unlike cannabis, which remains federally illegal in the U.S., the work psychedelic companies are doing is legal. This creates “greater opportunity to access growth capital from private investors in the U.S. who may not touch cannabis,” he said.

It also sets the industry apart from cannabis, which has seen stock prices collapse amid slower-than-expected sales in Canada and ongoing federal illegality in the U.S.

“I think that the psychedelics industry could be much bigger than the cannabis industry because it’s going to attract institutional capital and already is starting to,” Rahn said. “It’s also going to be a more concentrated space because the barriers to entry are much higher.”