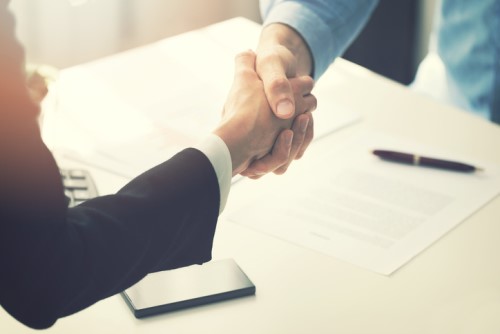 Say goodbye to NAFTA and hello to USMCA, short for the United States-Mexico-Canada Agreement. After more than a year of renegotiations, Canada and US agreed to replace the 24-year-old NAFTA pact.

“It is a great deal for all three countries, solves the many deficiencies and mistakes in NAFTA, greatly opens markets to our farmers and manufacturers, reduces trade barriers to the US and will bring all three great nations together in competition with the rest of the world. The USMCA is a historic transaction!” US President Donald Trump said in a tweet.

In a joint statement, US Trade Representative Robert Lighthizer and Canadian Foreign Affairs Minister Chrystia Freeland said the deal will give workers, farmers, ranchers and businesses a high-standard trade agreement that will result in freer markets, fairer trade and robust economic growth in our region.

“It will strengthen the middle class, and create good, well-paying jobs and new opportunities for the nearly half billion people who call North America home. We look forward to further deepening our close economic ties when this new agreement enters into force,” the official statement said.

The deal is said to modernize what was already in place by NAFTA by adding provisions on factors such as intellectual property and digital trade. The pact will be up for review every six years.

Negotiators from both parties raced to meet the September 30 deadline imposed by the United States. Canada was previously left out when the US and Mexico agreed to adopt a preliminary deal in late August to revise NAFTA.

In a Financial Post report, officials highlighted that the US had triumphed over its fight to have substantial access to Canada’s dairy market, with the latter promising to end its “class-seven” milk program that under-prices American sales of “special dried-milk product”.

Canada, on the other hand, is celebrating the US’s agreement to keep in place the mechanism used in resolving disputes over anti-dumping and anti-subsidy duties.

This specifically talks to chapter 19 of NAFTA, which allows companies to request arbitration should they feel that their products are unfairly imposed with duties.

Moreover, the US guaranteed that it will provide accommodation which will protect Canada’s auto industry in case it imposes tariffs on auto imports. With this, Canada will be able to export cars and auto parts tariff-free.

Under the new deal, Canada also agreed to extend the patent protection for biologics from eight to 10 years.

Cultural exemptions from the now-defunct NAFTA will remain in place. A CBC report said this segment has become a “Canadian must-have”.

“It is inconceivable to Canadians that an American network might buy Canadian media affiliates, whether it’s newspapers or TV stations or TV networks,” Trudeau was quoted as saying in previous reports.

With NAFTA salvaged to USMCA, Reuters reported that the Canadian dollar was up 0.85% against the dollar to a four-month high.

“The trade deal is helping risk appetite across the board, especially the Canadian dollar, and that will likely lift appetite for emerging-market currencies across the board,” Credit Agricole currency strategist Manuel Oliveri told Reuters.

Meanwhile, The Globe and Mail reported that the deal could prompt The Bank of Canada to raise rates higher and faster.

How boomers, millennials and Gen Z differ in their attitudes to robo advisors