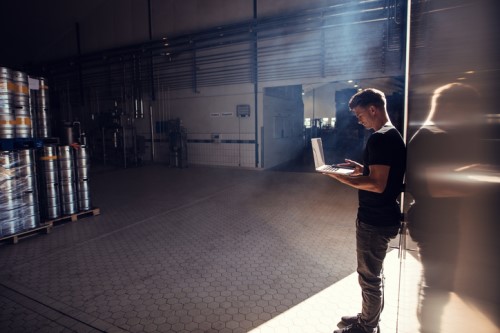 It seems like Canadian small businesses are struggling with a skilled labour shortage, affecting their growth prospects over the coming months.

A poll conducted by the Canadian Federation of Independent Business (CFIB) found that 47% of small businesses are experiencing problems attracting and retaining skilled talents, forcing them to limit hiring plans and putting pressure on their ability to grow.

The findings of CIFB’s October 2018 Business Barometer is around 10% higher than the survey results at the start of the year.

According to the survey, the industries most affected by the shortage are construction, transportation, personal services and natural resources.

Meanwhile, businesses in British Columbia (49%), Quebec (48%) and Ontario (44%) are feeling the most pressure from the shortage of skilled labour. On the other hand, Saskatchewan (23%), Newfoundland (24%) and Alberta (30%) had the lowest incidence of small businesses experiencing the shortage.

The increase in the number of businesses struggling to fill in vacant posts came as confidence fell to 60.5, down nearly a point from August and September levels.

“The long-awaited resolution of the NAFTA negotiations has not yet brought peace of mind to small business owners. Even regions that have been riding a confidence high, like PEI and Quebec, are seeing more muted outlooks this month,” CFIB vice president and chief economist Ted Mallett said.

Quebec introduced changes in recent months in order to address the labour shortage in the province. It has adopted a new Expression of Interest system for the Quebec Skilled Worker Program which is expected to match workers with positions requiring specific skills.

Ontario also made some changes to tackle the issue. The province recently revised the minimum score requirement for its Human Capital Priorities Stream, which allows the province to access the Express Entry system to search for eligible economic immigration candidates.

However, a separate research by Indeed revealed that the average length of time it takes for Canadians to land a job is only a little shorter than it was during the peak of the Great Recession a decade ago.

On average, it would take a job seeker four and a half months to get a position, a month longer than it did just before the Great Recession in 2008.

While some believe this can be partially attributed to a skills mismatch in the economy, Bernard thinks it may simply be that some regions are struggling to create jobs that suit the skills of job seekers.

“We’ve seen some progress in provinces like Ontario and Quebec in gradually reducing the jobless (length), but in resource-rich provinces, unemployment duration shot up in the 2014 oil crisis and stayed high,” he said.

In Mallet’s view, there are no quick-fix solutions to the worker shortage and as the economy remains robust, the problem will likely persist.

“Can we get more people into better-skilled positions? That takes a long period of time, it’s not something you can quickly fix overnight,” he said.