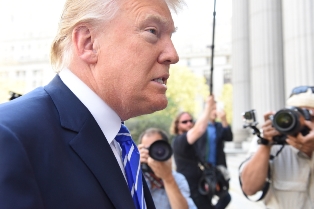 For Canadian residents blindsided by a newly introduced US tax, softening the blow has just got much tougher.

In December, the administration under US President Donald Trump introduced a “transition tax” that was meant to discourage US multinationals from parking vast amounts of money in foreign subsidiaries, reported CBC News.

But the measure also blindsided Canadians with US or dual citizenship who have companies incorporated in Canada. Under that law, they have to pay taxes on retained earnings going back to 1986; in some cases, the bills run in the millions.

Those people got a measure of relief in June when they were given more time to file their tax returns and make their first payments to the IRS. Some tax lawyers and accountants have advised clients to pull money out of their corporations; it would trigger a Canadian tax, but because of the Canada-US tax treaty, the payment could be deducted from taxes owed to the US.

That changed last week. Based on proposed regulations in a 249-page guidance document from the US Treasury Department and the Internal Revenue Service, only a fraction of the deduction would be allowed. The fallout, according to tax experts, is that many of those seeking to mitigate the US repatriation tax impact would have to take out more money from their companies and pay more in Canadian tax.

“You have to pay out a whole lot of dividends from your corporation to generate Canadian tax so that you can claim a foreign tax credit in the US,” Kevyn Nightingale, a partner with the accounting firm MNP, told CBC News.

Max Reed, a Vancouver-based cross-border tax lawyer with SKL Tax, said that the IRS guidance likely violates the US-Canada tax treaty. “The point of that treaty is to make sure you don’t pay tax twice on the same income … this is a risk here and the guidance has made that worse,” he said. The opinion was echoed by Toronto lawyer John Richardson, who said the new guidance “turns a very bad situation into the virtual liquidation of a corporation”.

Ottawa’s Department of Finance has declined to say whether the proposed regulations could violate the tax treaty; spokesperson Jack Aubry said the department is still analyzing the potential impact of the tax.

Individuals hit by the tax have up to eight years to pay it. But under the new IRS guidance, those who wish to renounce their US citizenship would have to pay the entire amount immediately.

“It actually makes it impossible to renounce US citizenship, turning US citizenship into a sort of debtors’ prison,” Richardson said.