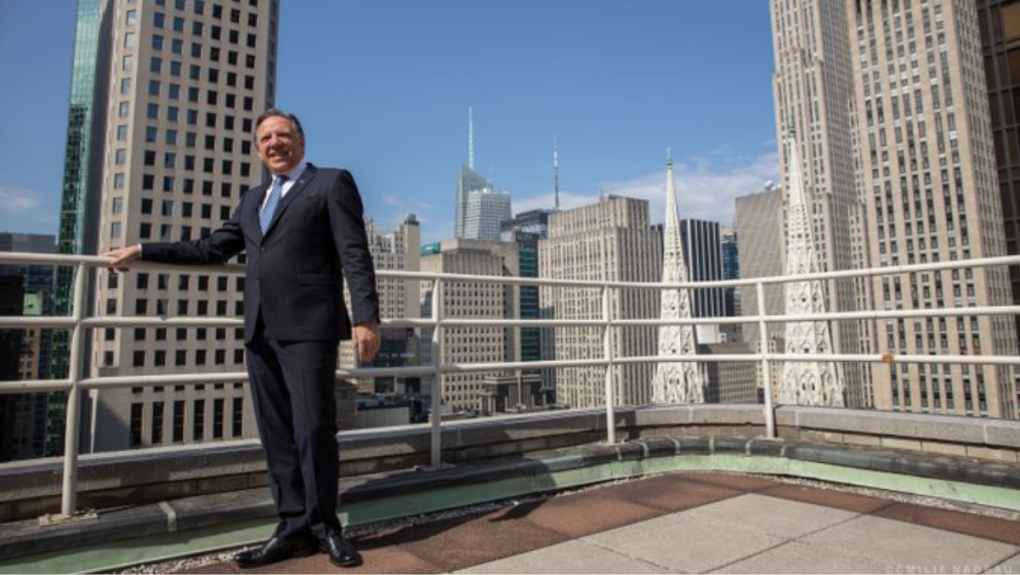 Starting in 2025, Hydro-Québec will supply nearly 1,250 megawatts of hydroelectricity, which represents the electrical consumption of about one million homes.

Fossil fuels account for nearly 85 per cent of the region’s electricity supply. The state wants renewable energy to account for 70 percent of its energy consumption by 2030.

“New York State is taking a bold step toward decarbonization,” said Hydro-Québec President and CEO Sophie Brochu in a statement.

Hydro-Quebec did not disclose the potential revenue it would receive from the contract, but it could be worth tens of billions.

On Twitter, Premier François Legault called it a “deal in principle worth over $20 billion over 25 years.”

“This is huge news for the environment. Fossil fuel energy will be replaced by renewable energy,” said the premier.

This is the largest export contract in Hydro-Québec’s history. Massachusetts has already signed a 20-year agreement for 9.45 terawatts.

A 60-kilometre portion will also be built in Quebec. The Quebec-owned corporation will co-own this portion with the Mohawk Council of Kahnawake (MCK), the elected body of the Kanien’kehá:ka (Mohawk) community on Montreal’s South Shore.

The MCK said in a news release that New York wanted to “ensure its selection would not impede Indigenous rights.”

“This is an historic accomplishment for Kahnawà:ke and a huge step forward regarding the relationship with Hydro-Québec,” said MCK grand chief Kahsennenhawe Sky-Deer. “It is proof that when Kahnawà:ke’s rights and interests are considered in a meaningful way, it provides an opportunity for a valuable and innovative alliance.”

The hydro line will be built on disputed territory that is the subject of an ongoing Kahnawake land grievance.

Hydro-Québec spokesperson Lynn St-Laurent said the contract is a “win-win for Quebec and New York.”

“Not only does it provide a new source of revenue for the utility, but it also allows New York State to reduce its greenhouse gas emissions. It’s a huge climate gain,” she added. “Greenhouse gases know no borders, so what’s good for our neighbours is good for Quebecers.”

“It’s like taking 44 per cent of the vehicles in New York City off the road,” says St-Laurent.

“This is great news for the environment,” said Quebec Environment Minister Benoit Charrette. “Quebec is fully assuming its leadership in the fight against climate change. We are gradually realizing our desire to become the battery of the northeastern United States.”

— This report by The Canadian Press was first published in French on Sept. 20, 2021.

How can governments and central banks keep cryptocurrencies safe?