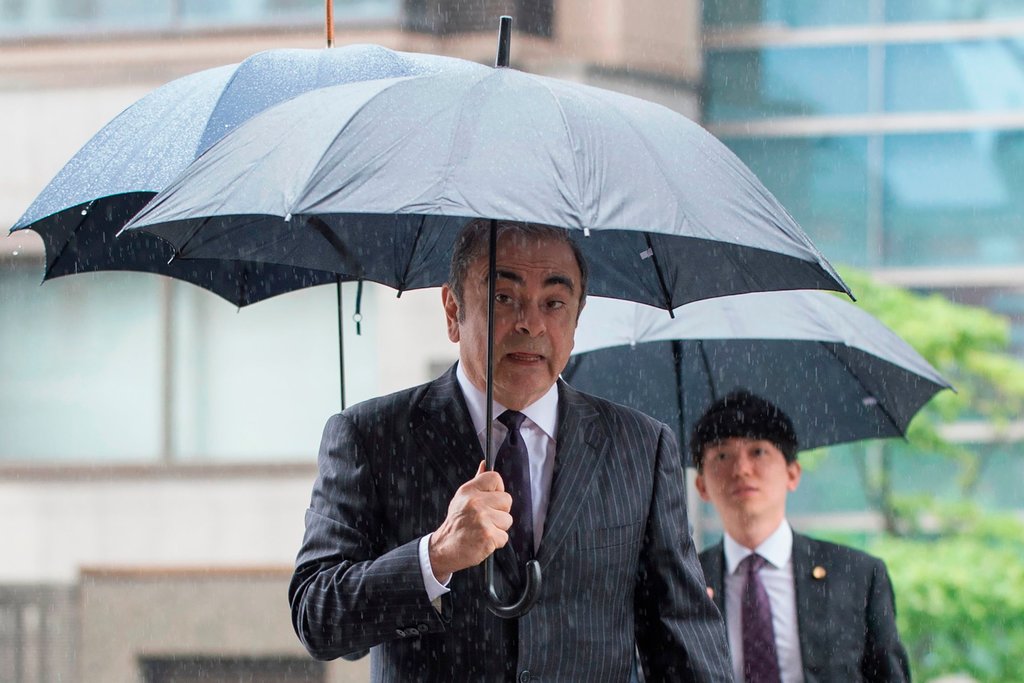 The Securities and Exchange Commission announced Monday that it had reached a deal with Nissan to settle allegations that Nissan concealed from investors a plan to pay more than $140 million in retirement benefits to its former chairman, a scandal that led to criminal charges against the Japanese carmaker and rattled the world’s largest auto alliance.

The company will pay a $15 million fine to settle the civil fraud charges. The former chairman who was to get the undisclosed compensation package, Carlos Ghosn, agreed to pay a $1 million penalty.

The settlement is the latest fallout from the November arrest of Mr. Ghosn, who was the architect of the alliance of Nissan, Mitsubishi and Renault, on suspicion of trying to hide part of his compensation from investors and regulators. He is free on bail in Tokyo, where he faces four charges of financial wrongdoing.

The S.E.C. opened its inquiry in January in response to charges brought by Japanese prosecutors against Mr. Ghosn that he conspired with Greg Kelly, a former Nissan director, to conceal a retirement payout that was never completed. Regulators said the scheme had unfolded over a roughly nine-year period, ending only with the cases against them. Nissan itself was indicted on related charges.

The S.E.C. found that Mr. Ghosn, Mr. Kelly and others at Nissan had concealed more than $90 million in future payouts to Mr. Ghosn and had taken steps to increase his retirement compensation by more than $50 million.

Nissan, Mr. Ghosn and Mr. Kelly — who agreed to pay a $100,000 fine — neither admitted nor denied wrongdoing under the terms of the settlement.

In a statement, Nissan said it was “firmly committed to continuing to further cultivate robust corporate governance.”

Mr. Ghosn’s legal team said the settlement with the S.E.C. would enable them and their client to focus on the criminal trial in Japan, which is expected to begin in April. In a statement, the lawyers said Mr. Ghosn “will be acquitted of all charges and fully vindicated.”

Lawyers for Mr. Kelly issued a statement saying he continues to deny the charges filed against him in Japan and calling the case in that country an “unfair prosecution.”

Nissan finds itself in the midst of its deepest crisis in two decades, just as the car industry faces costly new challenges. In the last year, the company has weathered scandal after scandal, starting with the arrest of Mr. Ghosn and culminating this month in the sudden resignation its chief executive, Hiroto Saikawa, after he admitted to receiving unearned compensation.

As the company searches for new leadership, it faces a dire financial situation: It is cutting 12,500 jobs, and its profits have all but evaporated amid sluggish demand in Europe and its largest market, the United States, where a stale product lineup has failed to draw customer interest.

And the costs of Mr. Ghosn’s ouster have continued to mount: The company faces a potentially costly securities suit in the United States, as well as the possibility in Japan of fines and future legal action related to the case.

Nissan completed a nearly yearlong investigation into Mr. Ghosn this month. In a summary of the findings that was released to the public, the company claimed that his and Mr. Kelly’s actions had “resulted in violation of Nissan’s obligation to disclose compensation received by directors in the company’s annual securities reports.” It also said Mr. Ghosn had misused company assets for his personal benefit.

In May, Nissan filed amendments to its financial filings from 2005 through 2017 to reflect what it now says was the total amount of compensation paid or promised to Mr. Ghosn during his tenure.

The company has said the problems resulted from too much power being in Mr. Ghosn’s hands. But it has also said the board did not effectively carry out its oversight responsibilities, a failure that was enabled by a lack of effective corporate governance mechanisms.

In June, shareholders approved a new board structure that increases the number of independent directors and adds committees responsible for overseeing audits, nominations and compensation, a structure based on international best practices and intended to provide adequate oversight.

Letter: What’s the rush to merge IIROC and MFDA?