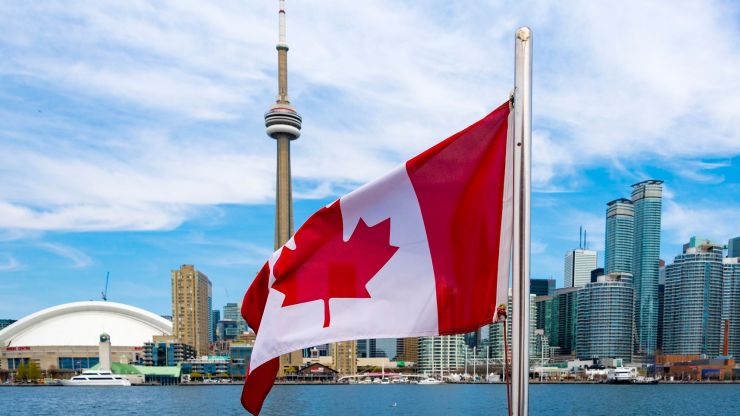 In 2018 Sarah Nahm, CEO of Lever, a human resources software company that uses analytics to help its clients hire, began scouring the U.S. for a place to set up a second headquarters. The San Francisco-based business wanted to better service its East Coast clients by having an office closer to them, so it looked at opening up a location in Boston, New York or Atlanta. While all those spots would have worked, Lever ultimately decided to do something different: It set up shop North of the 49th parallel, in Toronto, not far from the city’s waterfront.

While Nahm wanted to tap into Toronto’s budding technology sector — a study by CBRE Group, a U.S.-based commercial real estate and investment firm, revealed in its Tech Talent Report that Toronto is North America’s fastest-growing technology market — it also wanted to open a place in a country that values inclusion and where it could hire engineers, salespeople and others from all over the world.

“The diversity in Toronto is incredibly compelling,” she says.

Lever is one of a growing number of U.S. companies that have opened offices in Canada over the last few years. Many of the big players, such as Google, Facebook, Twitter and Amazon, have offices in either Toronto, Canada’s most populous city, or Waterloo, Ontario’s technology hub, while other companies have opened locations in Vancouver and Montreal, among other places. In May, Tile, the device tracking company, announced that it was opening its first big office outside of San Mateo in Vancouver — an engineering hub — while grocery delivery company Postmates has been recuriting engineers and developers in Vancouver.

There are many reasons why companies are crossing the border — technology salaries are cheaper, with the average Toronto tech worker making $100,000 compared to $145,000 in San Francisco — but a big one is that it’s getting increasingly harder for U.S. companies to bring foreign tech talent into the States.

According to recently released Department of Homeland Security data, there were 10% fewer H-1B visas issued between October 2017 and September 2018 than in the year before, continuing a downward trend of visa issuances since President Trump took office.

While there weren’t as many foreign workers applying for these visas, which allow American employers to temporarily hire foreign workers with special skills, U.S. Citizen and Immigration services also approved fewer of them. In fiscal 2018 the government approved 335,000 H-1B visas, compared to 373,400 during the prior fiscal year.

Sarah Pierce, an analyst with the Migration Policy Institute, told the Mercury News on June 5 that “this administration has aggressively pursued strategies to clamp down on the use of the H-1B program, and these efforts are now showing in the data.”

Immigration is one of the reasons why Lever opened up what it calls its second head office in Toronto, says Nahm. “There are incredible engineers that would be fantastic but are inaccessible to the U.S.,” she says, adding that because of her company’s size, she’s not able to access workers who apply for H-1B visas, anyway. “People have been emigrating to Toronto, and because of that, there’s this talent from around the world.”

As the federal government has become more strict around immigration — in 2017 President Donald Trump issued an executive order to “buy American and hire American” and said that H-1B visas should be awarded to “the most-skilled or highest-paid beneficiaries” — Canada has developed a program to speed up its visa process for skilled tech workers.

In June 2017 the country launched the Global Talent Stream, which reduces visa application times from 10 months to two weeks in a variety of IT and STEM-related fields, such as computer engineering and digital media design. The Canadian government said that between the program’s launch and January 2019, more than 1,000 technology companies have hired more than 4,000 foreign workers through the program.

The government hasn’t said if the program’s launch was in direct response to the U.S. government’s immigration clampdown — Canada has an IT skills shortage, with a reported 200,000 jobs needing to be filled over the next few years — but the timing is uncanny, says Angela Mondou, president and CEO of the Information Technology Association of Canada. “It happened to be timed nicely with the different immigration policies in the U.S.,” she says. “So we’re definitely benefiting.”

As a tech entrepreneur herself, Mondou has benefited from the program and has seen many other companies, Canadian and U.S., benefit as well. “We definitely have talent coming in to the country,” she says. “It’s becoming a really exciting ecosystem, though we’re still working hard as a nation to maintain and attract people.”

According to an Envoy Global survey, which surveyed 405 U.S.-based HR professionals and hiring managers, U.S. companies are taking notice of Canada’s more inviting policies with 65% saying that Canada’s immigration policies are more favorable than America’s. It also found that 35% of respondents are sending more people to Canada and hiring more foreign nationals in the country, while 38% say their organization is considering expanding to the country. Twenty-one percent said say already have at least one office there.

It’s possible that Canada would have become a prime destination for tech talent even if the U.S. government was more open to immigration. America’s tech industry also has a skills shortage gap, with universities pumping out just 60,000 computer science graduates a year, despite hundreds of thousands of jobs needing to be filled, according to various reports. At the same time, Silicon Valley has become increasingly unaffordable, with the Bureau of Economic Analysis listing San Jose–Oakland–Haywood area as the most expensive metro area in the country. It has a median home price of $1 million, compared to about $850,000 in Toronto.

Canada’s own tech scene has matured as well. While it’s always had a few tech giants — data networking company Nortel in the late ’90s (it was later engulfed in scandal and went bust), BlackBerry in the 2000s — it’s now home to several internationally known operations, such as Shopify, Open Text and Hootsuite. Its schools are also churning out more grads, while, like in Silicon Valley, more people are starting their own companies after honing their skills elsewhere.

“Immigration is a factor, but I don’t think it’s the driver,” says Clay Kellogg, CEO of Terminal, a San Francisco-based company that develops tech hubs across the world where foreign staff, hired by Terminal, can work remotely for U.S.-based operations. “When you factor in the increasingly high cost of living in San Francisco and New York and you think about the job creation that’s happening in these markets, demand outbalances supply. Fast-growing companies need to access the best talent regardless of location.”

In Canada, which was Terminal first location, the talent is just as good as it is in the U.S., he says. Toronto’s tech scene is broad-based, while Montreal has more expertise in artificial intelligence and machine learning, says Kellogg. Vancouver’s proximity to Seattle and San Francisco — a three-and-a-half-hour drive and two-and-a-half-hour flight, respectively — makes it an easy destination for many West Coast tech operations.

“Canada is convenient,” says Kellogg, who employs 241 people in a variety of engineering and technical fields, such as full stack engineers and back-end devleopers. “There’s a limited language barrier, there’s time zone alignment, and it is progressive as it relates to immigration, and that’s attractive to companies.”

With immigration become even more of a hot-button issue in the U.S. — Trump has threatened to slap 5% tariffs on Mexican goods if it doesn’t stem the flow of migrants coming across the Mexican–U.S. border — it’s likely more companies will open offices in Canada, adds Mondou.

Nahm is thrilled with her decision to open an office in Toronto and she expects her peers to follow. She hired 20 people in sales development, IT support, software engineering and other fields in 60 days. “It would have taken us three years of nurturing relationships to have hire the same calibre of talent in San Francisco,” she says, while noting the company expects to hire at least 30 more in the coming months.

Immigration may have played a part in the move, but it’s been beneficial in so many other ways, she says. For one, it’s good to get out of Silicon Valley. “It’s becoming too insular with people building technology to solve problems for people who are just like them, so it’s good to have companies outside of that,” she says. “We’re serious about Toronto. We’re investing a lot in the market and we hope to give back to the tech scene, which has been so welcoming.”

The Most Innovative Fintech Companies In 2019