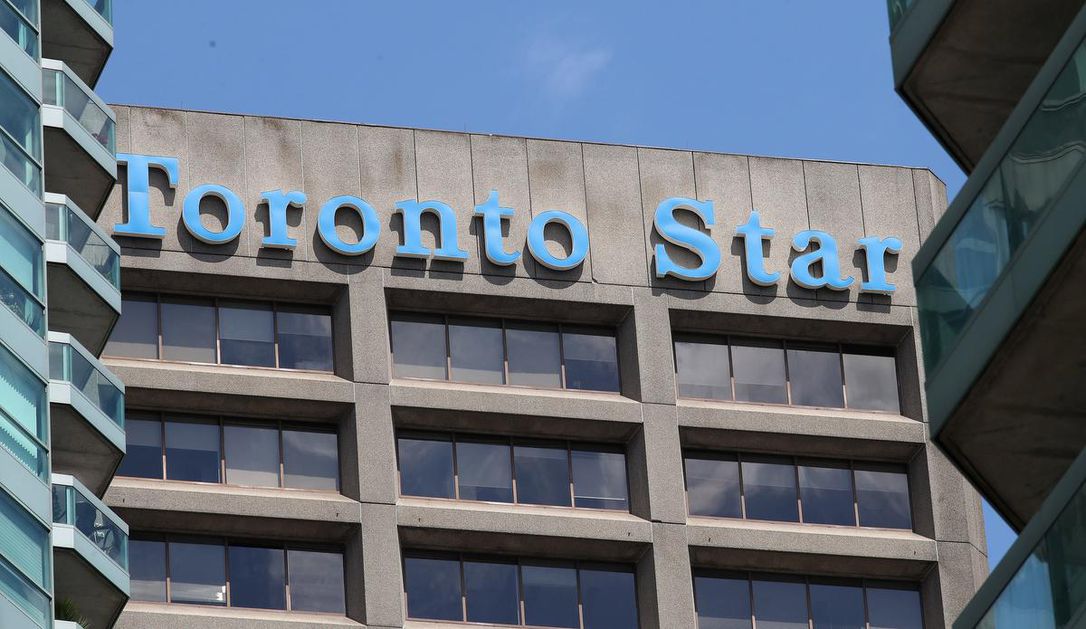 A new chapter is beginning for the Toronto Star.

Entrepreneurs Jordan Bitove and Paul Rivett have officially sealed the deal and taken over Torstar, the company which publishes the Star along with more than 70 other regional dailies and community newspapers.

The $60-million purchase, made through Bitove and Rivett’s company NordStar Capital, closed officially Wednesday, capping a roller-coaster six-month journey which began in February when Bitove first approached the Torstar board.

What originally appeared to be a smooth sale to NordStar looked like it could go off the rails in early July when a second surprise offer emerged from Canadian Modern Media Holdings, led by technology executive brothers Matthew and Tyler Proud, along with finance industry veteran Neil Selfe.

That led to a counter-offer from NordStar that was locked in by Torstar’s major shareholders, then challenged by the upstart bidder in court.

The courts eventually approved the NordStar deal and denied a request for stay to delay the closing until an appeal could be heard. That appeal, originally scheduled for this Friday, has now been withdrawn.

Now that the deal is closed and the company is going private, Torstar’s new owners are focusing on the future of the company.

Job one? Listening to their new employees.

“We will be going into the office and sitting down and listening and hearing perspectives on what we need to do. We will listen to everyone,” said Bitove in an interview Wednesday afternoon. Bitove said he and Rivett will meet with executives and editors in a series of small, socially distant get-togethers and will also be holding a digital town hall for all Torstar employees.

As part of the ongoing digital transformation of the company, Bitove says the Star will be building on an already-strong relationship with its readers and community. Exactly what form the changes take isn’t set in stone, he added.

“How can we build on what’s already been done? How can we maintain and build that relationship with readers? Should there be a section on bitcoin in the business section? Should we do our own daily betting lines in the sports section?” Bitove asked, speculating on what some of the changes could look like. “When I was a kid in high school, you’d go read the Star to see how your team did. There’s a real connection with the community. We know how important that is.”

While selling some non-core assets is in the cards, Bitove said no decisions have been made on what exactly will be sold and when. Among the assets which have reportedly been the subject of interest from other investors are Torstar’s stake in VerticalScope — a digital discussion and community board company — and BlueAnt Media, a digital media production company.

Nor will there be any snap decisions about cutting costs or new investments, Bitove added.

“We’re not making any rash decisions on anything,” said Bitove, adding that he and Rivett will also be taking a look at Torstar’s books, to see how much damage has been wrought by the COVID-19 pandemic.

“It’s a huge concern. It’s one of the reasons we wanted to close the deal sooner. It’s not just Toronto, it’s a global impact,” Bitove said.

That financial impact doesn’t mean major cuts are coming, said Rivett, who spent 17 years as a senior executive at Fairfax Financial, a major Torstar shareholder controlling 40 per cent of Class B shares, before retiring this year.

“I’ve worked on a lot of turnarounds, and cutting is never the preferred route. A better way to do things is to grow, and that’s what we’ll be focusing on. We’ll be bringing all our experience and our contacts to help the Star grow and continue its traditions of journalistic excellence,” said Rivett.

At the end of the first quarter, Torstar — which in addition to the Star publishes the Hamilton Spectator, Waterloo Region Record, Peterborough Examiner, Niagara Falls Review, St. Catharines Standard and Welland Tribune — had $69 million in cash in the bank. With advertising slumping because of the global pandemic, it’s unclear what the size of that cash reserve is today.

No matter what the picture is, says Bitove, one thing that won’t be changing is the Star’s commitment to the Atkinson Principles, which have guided the paper’s progressive philosophy and journalism for over a century.

“How many newspapers do you know that have their own set of principles? We do. The Atkinson Principles are the moat around this wonderful 128-year-old institution,” said Bitove.

Support for those principles was a vital part of NordStar’s bid, said Torstar chair John Honderich in an interview.

“I’m delighted that we’ve come to the finish line with this sale. The board and I feel that the new owners have a great vision for the Star, and their support for the Atkinson Principles is crucial,” said Honderich, whose family has been part of the Star for almost eight decades.

“It’s certainly the end of an era. My father started at the Star in 1943, so it’s been a long time. … This business is in my blood,” said Honderich, whose father Beland was a legendarily-fierce editor of the Star.

Now that Torstar has been sold, Honderich said his immediate plans include some relaxation and some writing.

“For now, I’m up at the cottage, and I’m writing a book,” said Honderich.

Apple to make 10 million fewer iPhones due to microchip shortage