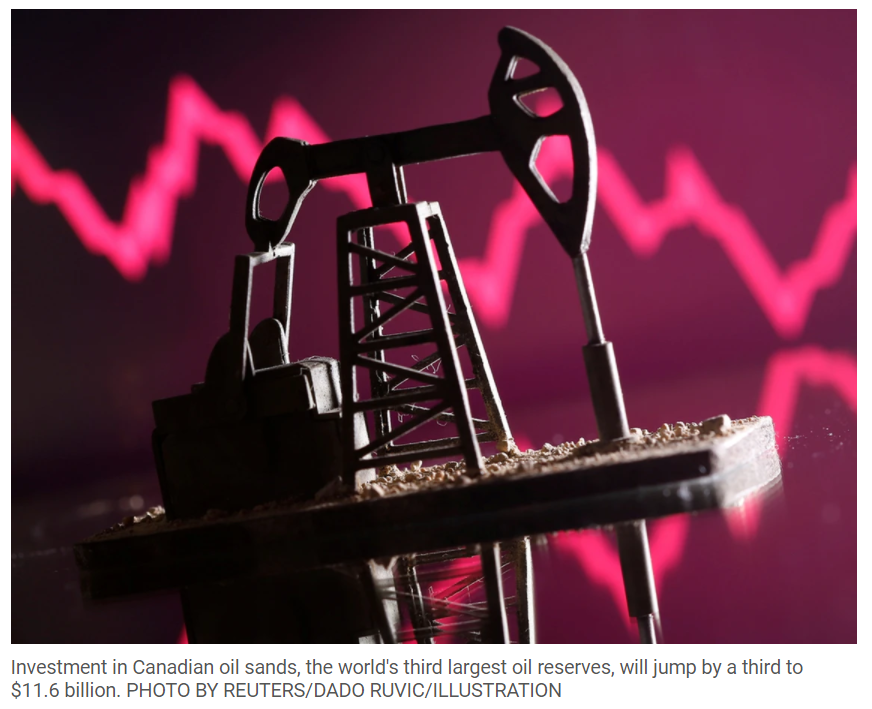 Investment in Canada’s oil and natural gas industry will rise 22 per cent this year to $32.8 billion

Investment in Canada’s oil and natural gas industry will rise 22 per cent this year to $32.8 billion amid higher prices for hydrocarbons, according to the Canadian Association of Petroleum Producers.

The $6-billion gain in investment marks the second straight year of “significant” increases, the oil and gas industry association said Thursday in a report. Spending on Canadian energy is rising as U.S. oil prices surge to their highest in seven years. West Texas Intermediate futures are trading at more than US$85 a barrel amid an energy demand recovery from the COVID-19 pandemic.

Investment in Canadian oilsands, the world’s third largest oil reserves, will jump by a third to $11.6 billion while investment in conventional oil and gas will climb 17 per cent to $21.2 billion from last year.

Still, CAPP warned that Canada is losing out to other energy-producing regions. Canada was viewed as a “top tier” jurisdiction for international investment in 2014, when it attracted more than 10 per cent of global upstream gas and oil investment. Forecasts suggest Canada’s market share has fallen to six per cent — a drop that represents more than US$21 billion in potential investment.