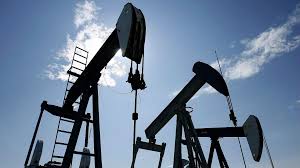 Ryan Williams says starting a business in the midst of the Great Recession in 2008 was probably a crazy idea.

But Drake Oilfield Supply somehow navigated its launch, survived another oilpatch slump a few years later and will soon enter its 13th year of operation.

“We’ve had to suffer through several downturns,” said Williams, a wholesale supplier of valves, wellhead and other equipment. “But we’ve made it through.”

Williams is less sanguine, however, when discussing the months since an international price war flooded markets with oil while COVID-19 crushed fuel demand.

Now, he worries the strain on businesses like his could be too much as producers slash their capital spending plans by billions of dollars and hunker down. He believes more focused support from government is needed to help at-risk companies in the supply and service sector.

“I would say a majority of companies have concerns,” said Williams, who employs 10 people in Alberta. “Major concerns about how we stay open.”

There are thousands of companies across Canada that sell parts, lease equipment, offer safety services or hire out technical skills to the oil and gas industry. The swift decline in oilpatch spending has sent tremors through the sector.

Ryan Williams, the owner of Drake Oilfield Supply, says most of the government programs won’t help businesses like his. 1:34

Drew Schofield, vice president of M & Z Industrial Supply, an Edmonton-based supplier of industrial fasteners, said sales were down by around half in May.

He said the company, which opened its doors in 1979, is in a better position than some of its peers and will continue to soldier on.

But it is looking to the federal wage subsidy to help limit the impact on staff. A couple of months ago, they had 50 people. They were recently down to about 42.

“If things don’t pick up by the end of the wage subsidy thing, then things will change,” he said. “I’m fearful [for] the companies that will not survive this. I feel for them.”

Linda Side, managing director of a collection of businesses known as the Side Group, said they employed about 600 people in Alberta and British Columbia.

A big slice of its business is with the oilpatch, but it has diversified into several sectors over the years, which helps when energy markets drag. Even so, with the double blow of COVID-19 and oil industry struggles, they’ve had to lay off 150 people.

“We’d never done anything like that before,” she said from Grande Prairie, Alta.

Though the federal wage subsidy has helped preserve some oilpatch jobs, if there’s little activity, there’s little work. That’s the situation Ken Goldade has found himself in.

The president of DD2 Oilfield Rentals in southeast Alberta considered the wage program, but said he wouldn’t have had any jobs for people to do. He’s down to two staff from 18 in February.

“It’s hard,” said Goldade of the layoffs. “It takes a while to get good guys. I had good staff and they understand what’s going down. So we’re trying to keep in touch with them.”

Goldade hopes activity will start improving come this fall, with things looking “pretty good” a year from now. But he admits his crystal ball is no longer cracked, it’s broken.

He’s also pursuing help through a federal loan program in the hope it will see his company through the downturn.

The strategy includes $1.7 billion to clean up orphan oil and gas wells in Alberta, Saskatchewan and B.C., plus a $750-million fund for investment in emissions reduction innovation.

It also announced programs that include loans and loan guarantees for small- and mid-size producers, oilfield services and refineries through Business Development Bank (BDC) and Economic Development Canada (EDC).

“Our government has been steadfast in its support for oil and gas workers, and we remain in constant conversation with those workers, the businesses that hire them, and all levels of government,” said Ian Cameron, spokesman for Natural Resources Minister Seamus O’Regan, in an email.

‘These companies are at risk’

Much of what’s been announced has been welcomed by industry groups, but there’s also been frustration with how much time some help has taken to roll out.

Williams also wrote to politicians in Ottawa and Edmonton at the end of April asking for more focused support for the oilfield service and supply sector.

In the letter, co-signed by 40 other companies, Williams expressed his concern that the financing options from the BDC and EDC have been difficult for many oilfield service companies to obtain. Some companies also don’t want to increase debt levels just to keep the lights on, Williams wrote.

A BDC spokesman said earlier this week that details of its program were still being worked on in collaboration with financial institutions.

The strategy for cleaning up old wells has attracted a lot of interest, but it provides no benefit to most of the service and supply sector, Williams wrote.

“The small and medium sized service and supply companies represent thousands of businesses, with tens of thousands of employees within the energy industry,” his letter says. “These companies are at risk.”

He suggests the government — federal or provincial — purchase companies’ accounts receivable, the money owed to a company by its debtors, at a small discount, which the government can later collect at a profit. This could provide immediate cash flow for companies that need it.

The letter also makes a plea for Ottawa to do what it can to get pipelines and other energy projects built without further delay, especially the Trans Mountain pipeline expansion.

A new industry forecast this week shows how significant the drop in oilpatch spending is expected to be.

The Canadian Association of Petroleum Producers lowered its estimate of capital spending in the industry this year to $23.3 billion, down from about $37 billion in its January forecast.

While the North American benchmark price for oil has risen closer to $40 US a barrel recently — after briefly turning negative this spring — the increase is also being greeted with caution.

“That’s still well below where we needed to be to have a healthy oilpatch,” Rob Roach, director of research for ATB Financial, said in an interview.

And current prices have been buoyed by production cuts, Roach added, citing estimates Canadian producers have slashed output by roughly a million barrels per day.

“Really, a tough time for the sector this year,” he said. “There’s not going to be a lot of drilling.”