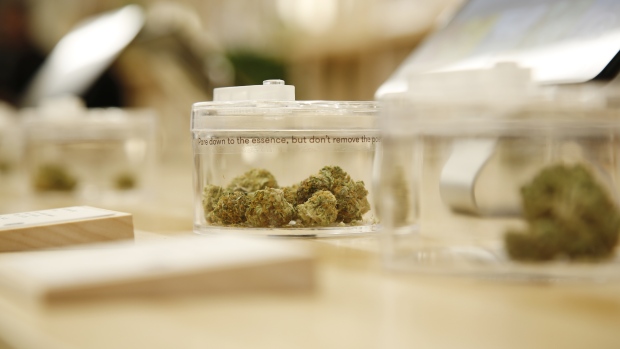 Ontario’s cannabis business appointed former retail executive Thomas Haig as its new interim president on Monday, a move that comes as the province prepares to rapidly expand its legal pot network over the next several years.

Haig, who has previously held leadership roles at discount chain Giant Tiger Stores Ltd. and Hudson’s Bay Co.’s Zellers division, will take the helm of the Ontario Cannabis Store (OCS) at a time when the province is set to support the launch of hundreds of new legal pot shops.

Haig replaces Cal Bricker, who took on the OCS top job after taking a leave of absence from running Ontario Lottery and Gaming’s horse racing business last year. Bricker is “moving on from his role in the organization,” the OCS said in a statement.

While Ontario was lambasted last year for losing $42 million in its initial year of running its cannabis business, it is expected to book an $80 million profit in its fiscal 2021, according to the government’s recent fiscal update. That turnaround came after the province opened up cannabis retail licences to the public following two lotteries that limited Ontario to a maximum of 75 stores in the first year recreational pot was legal.

There are now 174 licensed pot stores open in Ontario, with more than 600 applicants waiting for the Alcohol and Gaming Commission of Ontario, the province’s retail regulator, to approve their licences. The province sold more than $60 million worth of cannabis in July, the highest amount in the country, according to Statistics Canada.

The OCS, which provides wholesale distribution and operates an online e-commerce business, recently announced plans to open a new warehouse in Guelph, Ont. that will help support the additional stores set to come online over the next several months. ​