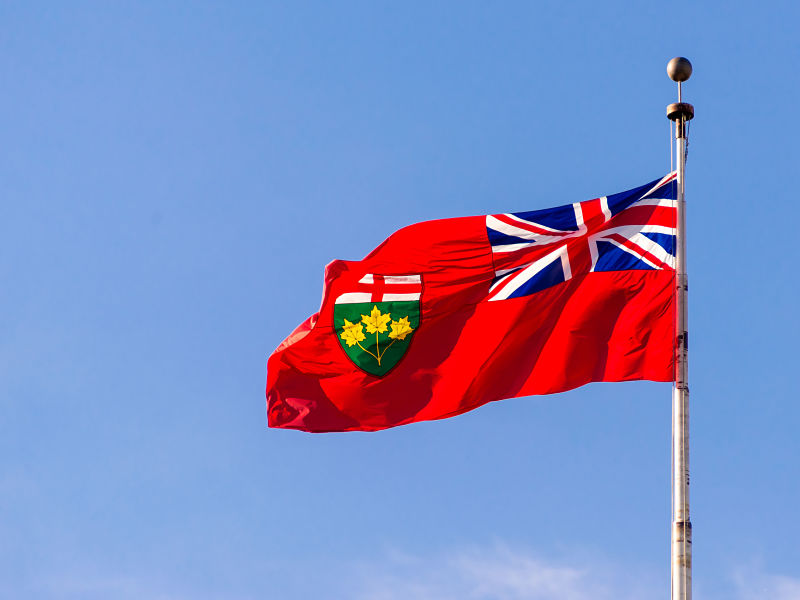 50910853 - flag of ontario flying high on a flag post, against blue sky. the flag is a defaced red ensign, with the united kingdom's union flag in the canton and the ontario shield of arms in the fly.

“What we’ve tried to achieve is supplementing the critical policing function of our capital markets regulator with a public policy imperative of growing the capital markets,” said Walied Soliman, task force chair and Canadian chair of law firm Norton Rose Fulbright in Toronto, in an interview.

In February, the Conservative government established the five-member task force, aided by an advisory panel of experts, with the mandate of undertaking the first full review of Ontario’s securities legislation since the 2003 report issued by the Crawford Committee. The task force will issue its final recommendations for the Ontario Minister of Finance by the end of the year — likely in late November or early December, Soliman said.

In today’s paper, the task force proposed that the mandate of the Ontario Securities Commission (OSC) be expanded to include fostering capital formation and competition in the markets.

Calling it a fundamental cultural shift, Soliman said the task force’s proposals ask, for example, “how we can assure that we have successful biopharma companies in this country that don’t just leave here when it’s time to do their initial public offering, taking their head office jobs after their incubation in this country to the U.S. and elsewhere.”

The task force also proposed dividing the OSC’s regulatory and adjudicative functions, either by “creating a separate tribunal, comprised of adjudicators and its own staff within the current OSC, or by creating a new capital markets adjudicative tribunal as a separate entity from the OSC.”

Under either scenario, the OSC’s board “would focus on the strategic oversight and corporate governance of the regulator.” Meanwhile, the CEO, “a separate position from the chair,” would manage the OSC’s day-to-day functions. A Chief Adjudicator would oversee the tribunal’s adjudicative responsibilities.

“People have talked about separating the adjudicative and the prosecutorial/staff function for decades, since I started practising law,” said Soliman, adding that the recommendation has “wide support across the stakeholder spectrum.”

Other proposals include creating a single self-regulatory organization (SRO) that covers all advisory firms, including investment dealers, mutual fund dealers, portfolio managers, exempt market dealers and scholarship plan dealers, and providing the OSC with stronger tools to oversee both the Investment Industry Regulatory Organization of Canada and the Mutual Fund Dealers Association — as well as any SRO that may replace the two groups in the future.

“This would allow the OSC to ensure that both SROs fulfill their public interest mandate and that their approach to regulating registered firms is not overly burdensome or costly,” the report says.

“IIROC plays a critical function in our capital markets in Ontario, yet there is not a very clear line between our policy makers, the OSC, and that critical body that regulates our dealers,” said Soliman. “In clarifying the mandate and modernizing governance, we wanted to ensure that we didn’t have any slippage within the capital markets and that everybody was rowing in precisely the same direction.”

In a statement, IIROC welcomed the report’s release, saying it was “pleased to see that the task force recognizes the value that self-regulation delivers to Canadians and to the overall regulatory system.” The SRO also said it was looking forward to supporting the government in considering the proposals

“We will continue to work collaboratively with the Canadian Securities Administrators to streamline the existing self-regulatory model in a timely, practical and phased-in manner that delivers tangible results for all market participants in this evolving environment,” said Andrew J. Kriegler, president and CEO of IIROC.

The task force made two proposals under the heading of investor protection: giving designated dispute resolution services organizations, such as the Ombudsman for Banking Services and Investments, the power to issue binding decisions ordering a registered firm to pay compensation; and requiring amounts collected by the OSC from disgorgement orders to be deposited into court for distribution to harmed investors.

Other proposals include streamlining the timing of disclosure (e.g., semi-annual reporting); introducing an alternative offering model for smaller reporting issuers; expanding accredited investor categories; increasing access to the shelf system for independent investment products; improving corporate board diversity; and creating an Ontario Regulatory Sandbox to benefit start-ups, and in the longer term, a “Canadian Super Sandbox.”

The task force is seeking commentary from stakeholders by September 7.