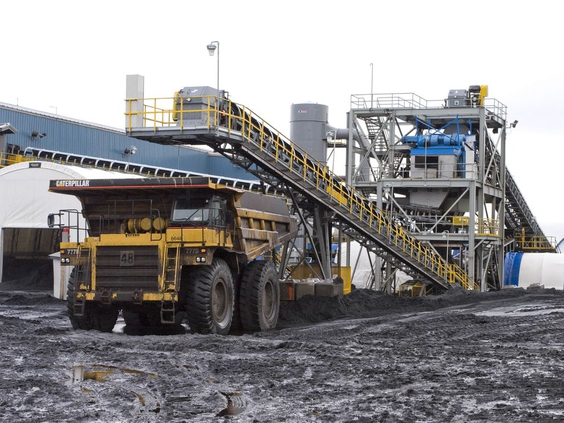 Normally, when someone gets a lump of coal at Christmas, they are very unhappy about being recognized for their bad behaviour.

But not if they are a controversial coal mining company that was previously in deep trouble for hiring Chinese-speaking Temporary Foreign Workers for its coal mine near Tumbler Ridge in northeast B.C.

HD Mining created such a firestorm that the then-Conservative federal government of Stephen Harper had to make major changes to the Temporary Foreign Worker program that had allowed 338,000 non-Canadians get jobs in our country.

So HD Mining was very happy because their coal gift was the federal Liberal government giving a new environmental approval of proceeding with the Murray River mine to produce six million tonnes of steelmaking coal over 30 years.

And that approval raises a lot of concerns: about who will be mining that coal and under what conditions — because HD Mining’s current plan is still to employ up to 780 Temporary Foreign Workers — and to not fully replace them with Canadian miners for 10 years after startup.

“It is the goal of HD Mining that over time, the skills of the TFWs will be transferred to local Canadians; however acquiring the skills and knowledge will take time. HD Mining has committed to a training and transition plan to train Canadian workers in the operation and maintenance of longwall mines and to reduce the need for TFWs over a 10-year period,” says HD Mining’s 2014 executive summary.

We strongly disagreed with HD Mining’s original plan — and our two unions took the company and the federal government to court in 2012 when we discovered that the company was advertising to exclusively hire only Mandarin-speaking workers for its mine. And to pay them 30 to 35 per cent lower wages than Canadian miners would have made.

While the federal court did not rule in our favour, the most important tribunal — the court of public opinion — sided with us overwhelmingly.

The country was rightly outraged that jobs which could have been easily filled by skilled, experienced Canadian miners instead went to workers flown in from China.

The changes made to the Temporary Foreign Worker program by the Conservative government were significant — thought they did not go far enough to fix all the problems it created.

And other outrageous cases also came to light, like the Royal Bank of Canada bringing Temporary Foreign Workers in to replace Canadian technology workers — until it blew up in public and our unions and others threatened to pull over $1 billion worth of investments made through RBC.

And then nearly 700 B.C. coal miners were laid off in 2014, including 300 Operating Engineers union members at Peace River Coal, while HD Mining continued operations, leaving Chinese coal miners the only ones left working in Tumbler Ridge.

Eventually the depressed coal market sent even HD Mining remaining TFWs back home in 2016 but now high coal prices are back — and so apparently will be the Chinese miners.

So the question now is — why would the Liberal federal government accept a plan to employ hundreds of Temporary Foreign Workers at a British Columbia mine when many experienced Canadian coal miners are looking for work?

For example, West Virginia and Pennsylvania run a training facility that trains both new and experienced miners in long-wall mining with a 240-hour program.

But there has to be a will to employ Canadian workers — and so far the Liberal government hasn’t given HD Mining any reason to do so.

Granting the environmental approval the mine needs without any conditions insisting that HD Mining employ Canadians is a welcome Christmas gift from the federal government to the company but it leaves local coal miners out in the cold.

TALK IS CHEAPER: CANADIAN WIRELESS PRICES ON A SWIFT DECLINE