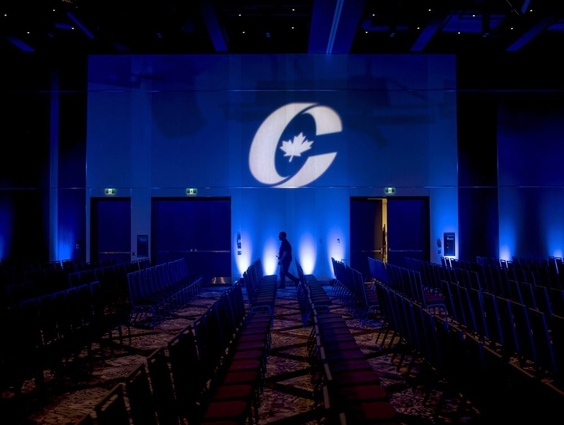 OTTAWA — Newly elected Conservative Leader Erin O’Toole has named his full “shadow cabinet,” with Michelle Rempel Garner, Pierre Poilievre and Shannon Stubbs taking some of the key critic positions as the Liberal government manages the next stage of the pandemic.

The 43-member shadow cabinet is the roster of caucus members with official critic portfolios. It’s an important step for the new leader to put his stamp on the party, reward MPs who backed him during the leadership race, and send a message by placing certain MPs in high-profile jobs. The National Post obtained an advance copy of the list.

O’Toole has put women in some of the top jobs, and also elevated some of the youngest MPs to key critic roles. Aside from a few exceptions, most of the roles have changed from Andrew Scheer’s shadow cabinet.

Calgary MP Michelle Rempel Garner has been named health critic, a crucial job as the Liberals manage a possible second wave of the pandemic and the potential rollout of a vaccine.

Pierre Poilievre, who represents a suburban Ottawa riding, will continue in his role as finance critic as the Liberals radically increase spending to help offset the economic hardship of the pandemic. The throne speech scheduled for Sept. 23 is expected to lay out a sweeping new economic agenda for the country’s pandemic recovery.

Northern Alberta MP Shannon Stubbs, meanwhile, has been named critic for public safety and emergency preparedness, which includes the decisions on how to reopen Canada’s border with the United States and manage travellers from other countries.

Derek Sloan, a rival for the leadership, was not given a post. Sloan came under heavy criticism during the race for some of his inflammatory comments, and there was even a brief movement by some MPs to kick him out of caucus after he appeared to question the loyalty of Theresa Tam, Canada’s chief public health officer.

Kerry-Lynne Findlay, the B.C. MP who came under fire last week for a tweet that appeared to advance conspiracy theories about George Soros and Finance Minister Chrystia Freeland, is also not in the shadow cabinet.

As O’Toole announced last week, Quebec MP Gerard Deltell is the opposition House Leader, an important role as the Conservatives navigate Parliament when it returns later this month. Speculation about the possibility of a fall election has been swirling, but it would take the Conservatives, Bloc Quebecois and NDP all voting together to trigger one (unless the Liberals call one themselves).

O’Toole is taking on the critic role of middle class prosperity, one of the buzzwords the Liberals have attempted to brand themselves with. Scheer, now a regular member of the caucus again, will take on the infrastructure critic portfolio.

Rookie MP Raquel Dancho has been named critic for immigration, refugees and citizenship, one of many examples of O’Toole putting the under-40 members of his caucus into shadow cabinet roles. Others include Michael Barrett as ethics critic, Garnett Genuis as international development critic, Dane Lloyd as digital government critic, and Eric Melillo as northern affairs critic.

Jag Sahota, a lawyer from Calgary, will take on the critic role for women and gender equality. Kenny Chiu, a former school trustee from Richmond, B.C., will be the critic for diversity, inclusion and youth.

Quebec MP Alain Rayes has the critic portfolio for heritage and official languages, a job that holds particular importance in Quebec, where O’Toole hopes to improve his party’s performance in the next election.

The foreign affairs critic role will now go to Michael Chong, who ran for leader in 2017. James Bezan will continue on as national defence critic, while Rob Moore will continue as justice critic. Lianne Rood, a working farmer from Ontario, will be the new agriculture critic.

O’Toole will put forward Leona Alleslev and Rob Morrison as the party’s nominees for the National Security and Intelligence Committee of Parliamentarians, a role that requires high-level security clearance in order to review the government’s security and intelligence operations. Alleslev had previously been the party’s deputy leader under Scheer, but that role has now gone to Manitoba MP Candice Bergen.

In a statement, O’Toole said this list is “the Conservative government-in-waiting that will defeat Justin Trudeau’s corrupt Liberal government in the next election.”

“In the coming weeks, we will be presenting a plan to put hardworking Canadians first, lead our nation out of this crisis and rebuild our great country,” O’Toole said.

Economic Recovery Council gets to work