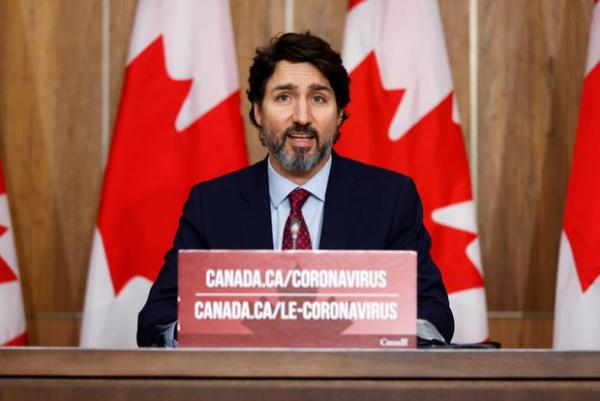 The federal government passed over a private option for its plans to produce COVID-19 vaccine domestically by the end of 2020, instead investing in its own production facility that is now almost a year behind schedule.

The decision to pitch money into a delayed and still-under-construction government lab was made after Ottawa vowed to spend hundreds of millions of dollars to develop the country’s anemic biomanufacturing sector. With uncertainty emerging around whether Canada will be able to produce its own doses of the life-saving vaccine, those familiar with Canada’s pharmaceutical industry say Ottawa has charted the wrong course.

Prime Minister Justin Trudeau acknowledged the government’s failure to meet its promise to start production in late November, saying the lab would be used to fight future pandemics. “We will not be caught on the wrong foot again.”

His government is sticking with its plan to spend $170-million upgrading existing National Research Council labs and to build a whole new facility at the government-run organization’s Montreal campus. Delays, however, mean the facility won’t be able to produce any doses of the vaccine until late summer, at the earliest.

Right next door to the NRC, on Royalmount Avenue in Montreal, is PnuVax, which sources familiar with the company say could have been ready to produce millions of doses of COVID-19 vaccine by the end of 2020.

The Globe and Mail is not identifying the industry sources, who are concerned criticizing government decisions could jeopardize future business with the Government of Canada.

PnuVax wouldn’t comment on whether it had applied to the Strategic Innovation Fund, providing a statement that reads: “PnuVax would be happy to assist in Canada’s response to the COVID-19 pandemic in any way that is possible.”

The PnuVax facility, which was most recently renovated in 2012 to meet Health Canada standards, sits on NRC land and has previously received support from the government research body. The company has worked to develop a low-cost pneumonia vaccine and was contracted by the federal government to produce an antibody-based treatment for the Ebola virus in 2014.

Multiple industry sources told The Globe that with the right investments, upgrades and approvals, PnuVax could have been producing vaccines much faster than the NRC’s plan to start from scratch.

Amine Kamen says, “There is a long history” with the PnuVax building. “It was there to support vaccine [production] in Canada,” said Dr. Kamen, a McGill professor who spent decades at the NRC pioneering a vaccine for rabies in animals. “If I was the Government of Canada, I would have taken that facility.”

The NRC originally partnered with Chinese company CanSino to test and produce its vaccine candidate for emergency use. When those plans fell through, the government doubled down on its hopes for the NRC, announcing $126-million for a new facility beside the one that was already getting $44-million in upgrades. The investment in the existing lab was supposed to mean it could be producing hundreds of thousands of doses a month as of November. Now, neither site will be ready before the summer of 2021.

At present, there are four promising vaccine candidates that, pending regulatory approval, are set to be available to Canadians in the coming months. The candidates put forward by Moderna, Pfizer and Johnson & Johnson are unlikely to be made available for countries to produce domestically.

A fourth candidate, from AstraZeneca and the University of Oxford, is based on the adenovirus. This is the type of vaccine the NRC could already be producing if it had been able to meet the initial timelines. AstraZeneca is granting licences to other countries to manufacture its vaccine domestically, but in a statement, the company said after reviewing Canada’s capacity, it decided the “fastest and most-effective option to ensure timely Canadian supply” of the vaccine was to rely on already established supply chains.

John Power, a spokesperson for Innovation Minister Navdeep Bains, said the NRC is “actively engaging” partners to see if there are domestic manufacturing opportunities for two planned government facilities.

According to spending breakdowns provided by Industry Canada, however, PnuVax did not receive any of about $600-million earmarked for the research or development of COVID-19 vaccines and therapies, under the Strategic Innovation Fund.

The NRC wouldn’t comment on its neighbours, calling it a decision for Mr. Bains. The Industry Minister’s office said the funding decision was up to the government-appointed vaccine task force. Mark Lievonen, a veteran of the industry and a co-chair of the task force, wouldn’t comment on individual applicants. (The application and funding process is covered by non-disclosure agreements required by the federal government.)

Mr. Lievonen said the task force’s goal is to foster innovation and help Canadian companies participate in the production of these life-saving vaccines and treatments. “We’re looking to mobilize that capacity,” he told The Globe.

At the end of August, the Prime Minister and several cabinet ministers travelled to Montreal to announce the $126-million for the brand-new vaccine-production facility, right next to the existing facility on Royalmount Avenue. The NRC says the new building will be operational in July, 2021, once construction has been completed and all the requisite approvals have been given.

Mr. Trudeau and the NRC have heralded the new facility as a key part of a domestic vaccine strategy for COVID-19.

Beyond the new facility, the Trudeau government had already pledged $44-million for upgrades to the existing NRC facility, to allow for smaller-scale vaccine production. Originally, Ottawa promised the existing facility would churn out 250,000 vaccine doses a month by November.

In an interview with The Globe, acting NRC president Roger Scott-Douglas, who is also the secretary of the government’s vaccine task force, said it became clear in October the new facility wouldn’t be ready until next year because of “structural barriers.”

When the political promises were being made in August by the federal government, the NRC’s acting vice-president of Life Sciences, Lakshmi Krishnan, said the organization believed it could meet the commitments.

“We were on track to be able to produce that clinical material in the time frame that was indicated,” Dr. Krishnan said. But then in October, they “recognized that in order to get the facility in a state of readiness for any vaccine, that we might have to do further renovations.”

Until now, the NRC has never produced a vaccine for people. It has been approved for a previous project for veterinary vaccines by the Canadian Food Inspection Agency, but does not yet have approval from Health Canada to make human vaccines.

To produce human vaccines, the NRC needs to be compliant with Health Canada’s good manufacturing practices (GMP). Two months ago, Dr. Krishnan said the NRC realized that the temporary clinical-trial facility “would not meet the GMP requirements.”

“Absolutely extraordinary efforts are being made under very challenging conditions,” Dr. Scott-Douglas said.

Gary Kobinger, who led the team that developed Canada’s successful Ebola vaccine, said, “My prediction is that, in a year or two, we’re going to wake up and see we’ve wasted all this money.” Dr. Kobinger sat on the government’s vaccine task force before resigning over what he perceived to be a lack of disclosure of conflicts of interest around the appointed members. He says the task force immediately recommended against the CanSino project when it was brought to them, after Ottawa had already decided to pursue the project.

Dr. Kobinger says if he had been in charge, he would have immediately pursued private companies that could handle the manufacturing side of the vaccine. “I don’t see why they went for the NRC.”

Dr. Kobinger says the Medicago candidate is delayed as well, “because they only recently got federal support.” A smaller amount of money has gone to VIDO-InterVac in Saskatchewan for some limited production facilities.

Dr. Kamen argues Canada should have made a priority of scaling up the ability to mass produce the sort of biomanufacturing that is at the root of many vaccines and therapeutics. “We should have done this 20 years ago,” he said.

Dr. Kobinger says it’s not too late. “There’s definitely things out there that could have helped, and still could help that, in my view, would also not have been the headache of the NRC in terms of the government producing vaccine doses. It could have been a [private] company, at least.”