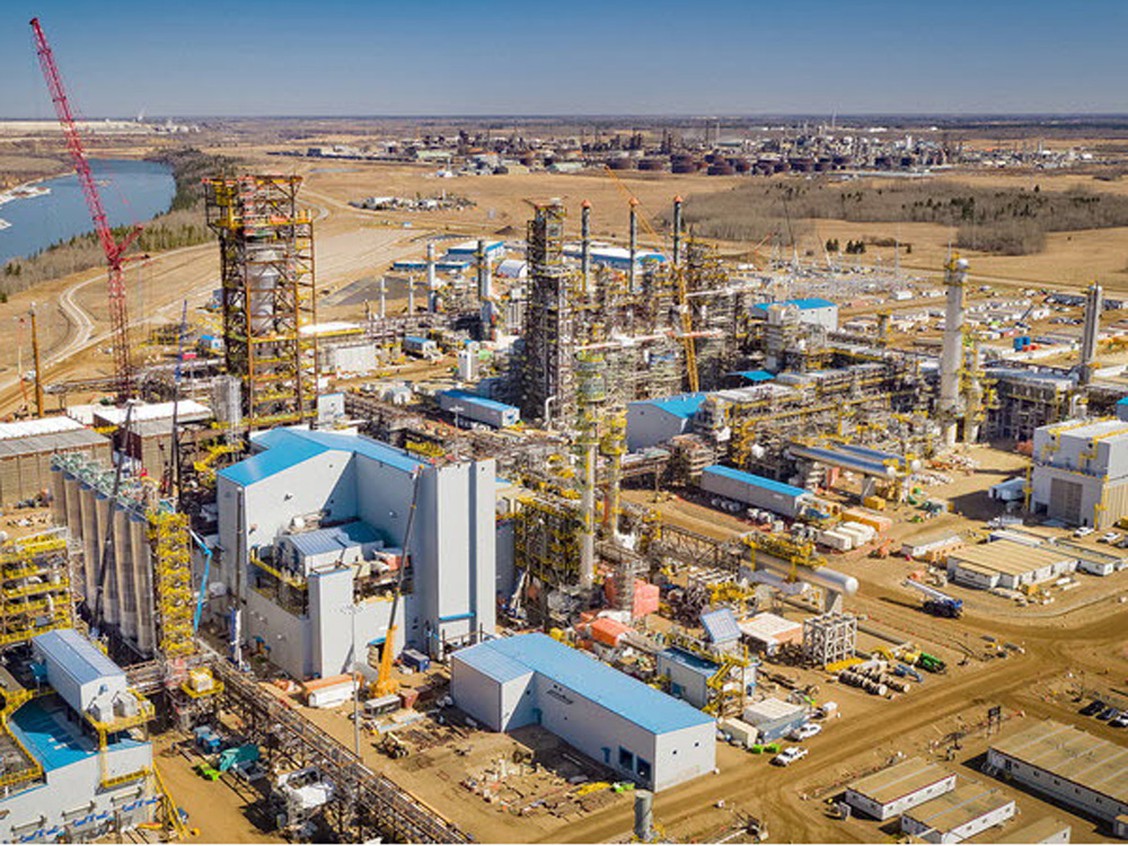 Pembina Pipeline Corp. agreed to acquire Inter Pipeline Ltd. for about $8.3 billion in an all-stock deal that will create one of the largest energy companies in Canada.

The proposal from Pembina trumps a hostile takeover offer for Inter made by Brookfield Infrastructure Partners LP earlier this year. Inter spurned that approach and began a review of its options, which included a sale.

The Pembina-Inter combination is the largest Canadian energy transaction in four years.

Buying Inter will give Pembina additional pipeline infrastructure across Western Canada, connecting the region’s oil sands and natural gas producers with domestic and foreign customers. Pembina will also take on Inter’s Heartland Petrochemical Complex, which is under construction in Alberta. Inter has been looking for a partner to help fund the $4 billion construction cost.

The takeover will lead to annual cost savings of as much as $200 million, the two Calgary-based companies said in a statement Tuesday. Pembina Chief Executive Officer Michael Dilger said his company has tried to buy Inter on two previous occasions.
“Third time is lucky,” he said on a conference call. “This is just the right time.”

Pembina said its offer values Inter at $19.45 per share prior to the start of trading, while Brookfield’s offer was $16.50. Inter shareholders will own 28 per cent of the combined company, which will be run by Pembina’s senior executive team.

Scotia Capital is Pembina’s financial adviser, while TD Securities advised Inter. JPMorgan Chase & Co. is the financial adviser to the special committee of Inter’s board and gave a fairness opinion.

H&R Block to acquire Wave Financial for US $405M